Battocchio will receive the Carty valedictory medal and speak on behalf of her classmates at Commencement. 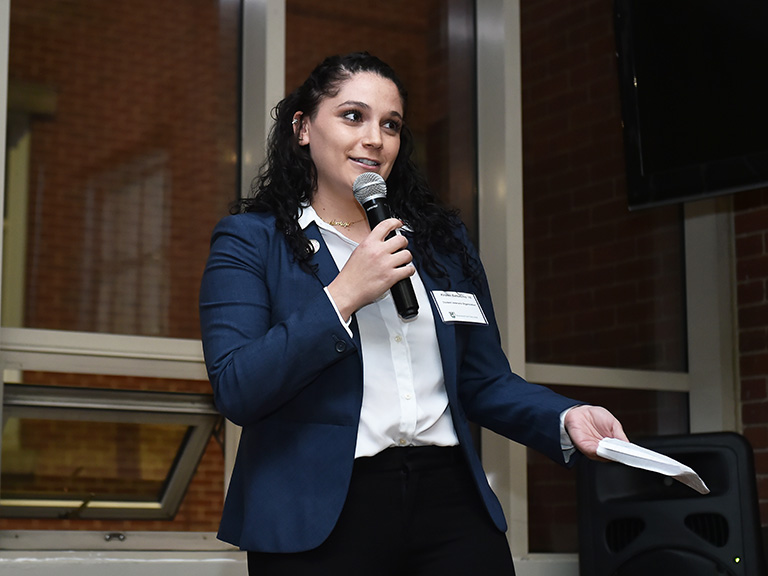 Kirsten Battocchio, a member of Manhattan College’s class of 2018 and a United States Marine Corps veteran, is the undergraduate valedictorian and will speak on behalf of the class of 2018 at Undergraduate Commencement on Friday, May 18.

An international studies and government double major with a concentration in Africa and the Middle East, Battocchio will be the first student veteran to receive the Carty valedictory medal. She is the past president of Manhattan College’s Student Veteran Organization, having shepherded the group from its formative stages, when there were less than 40 student veterans on campus to the present day, with more than 100 student veterans attending Manhattan College.

Battocchio is a member of Sigma Iota Rho, the international studies honor society, a member of Pi Sigma Alpha, the National Political Science Honor Society, a member of Manhattan College’s Pen and Sword Society, and has been hired as one of five national policy liaisons by Student Veterans of America. She has interned on Capitol Hill with United States Senator Richard Blumenthal and for United States Senator Charles Schumer in his New York City office.

“I'm so grateful to be where I am today,” Battocchio said. “Thanks to the Manhattan College community and especially the Student Veteran Organization for not only being a support system but a family these last few years. I'm so proud of the entire class of 2018 and I look forward to seeing what the future has in store for us all.”

A 2008 high school graduate in her hometown of Bethel, Connecticut, Battocchio enrolled in a nearby institution for a year of college before she decided to seek other opportunities. That opportunity came in the form of the United States Marine Corps, where she served six years. Entering as a Private First Class, Battocchio earned several promotions as a Marine, served in the Air Wing in Japan, and as Marine Security Guard at United States Embassies around the world, before she was honorably discharged as a Sergeant in 2015.

She enrolled at Manhattan College in the fall of 2015, receiving a portion of the College’s Yellow Ribbon funding. Her transition from military to civilian life was made easier thanks in large part to the College’s diverse community and the Warriors at Ease program that assists student veterans in their transition to college and civilian life.

In addition to being an academic standout, Battocchio has helped guide the Student Veterans Organization, which marches annually in the New York City Veteran’s Day Parade, has become a recognized chapter of Student Veterans of America, and organizes an on-campus Student Veterans Lecture Series open to all.

After her academic career in the northwest Bronx is complete, Battocchio plans to attend graduate school at Georgetown University’s School of Foreign Service’s Security Studies Program.

Manhattan College will award approximately 700 undergraduates with degrees in 40 major fields of study from its Schools of Liberal Arts, Business, Education and Health, Engineering and Science on Friday, May 18. 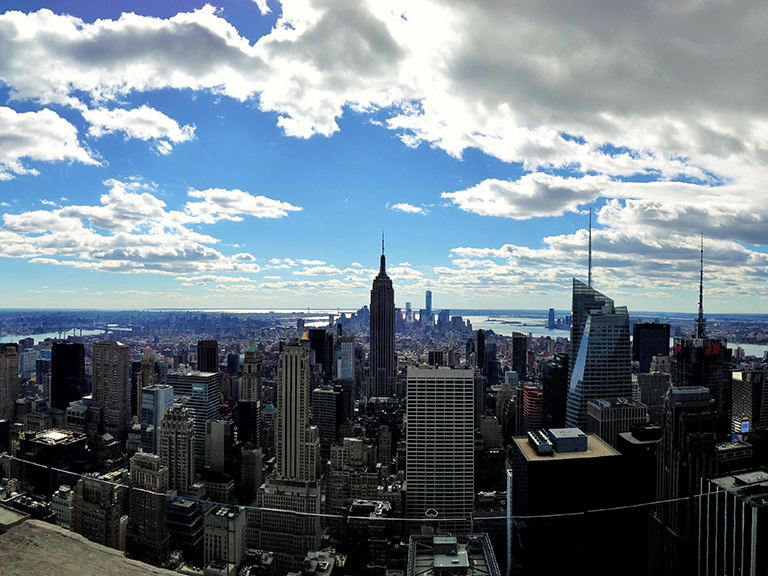 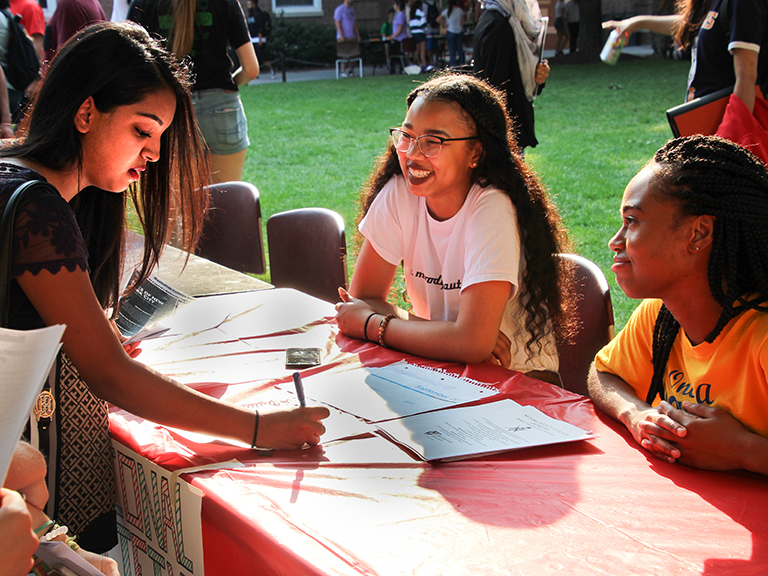