The 2023 De La Salle Medal Dinner will honor Michael K. Wirth, chairman of the board and chief executive officer of Chevron Corporation. Proceeds from the event are applied to a multitude of needs, particularly student scholarships and financial aid. Register to attend or make a gift via the buttons below.

Register to Attend Make a Gift 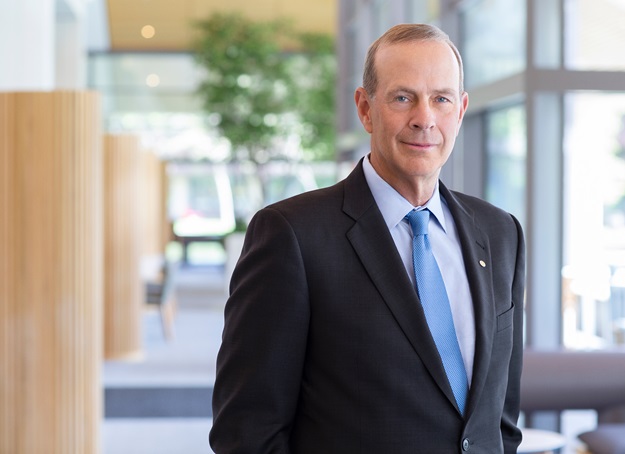 Michael K. (Mike) Wirth, 62, has been chairman of the board and chief executive officer of Chevron Corporation since 2018.

Wirth served as vice chairman of the board in 2017, and as executive vice president of Midstream & Development from 2016 to 2018, where he was responsible for the shipping, supply and trading, and pipeline and power operating units, as well as for Chevron’s strategy, business development, and corporate affairs.

Previously, Wirth was executive vice president of Downstream & Chemicals from 2006 to 2015 and president of Global Supply and Trading from 2003 to 2006. He joined Chevron as a design engineer in 1982 and holds a bachelor’s degree in chemical engineering from the University of Colorado.

Wirth serves on the board of directors of Catalyst. He is also chairman of the board of the American Petroleum Institute, and is a member of the National Petroleum Council, the Business Roundtable, the World Economic Forum International Business Council, and the American Society of Corporate Executives.

Mary Beth McDade is an Emmy award winning anchor and reporter with KTLA 5 News. When she’s not behind the desk, she’s pounding the pavement putting together blockbuster investigative stories and covering breaking news.

Mary Beth is from New York, but after covering the O.J. Simpson Trial out in Los Angeles she decided to relocate to sunny Los Angeles full time.

Mary Beth has appeared in numerous TV shows and films, usually as a newscaster, and she has appeared on several cable news channels, such a CNN and MSNBC, to offer insight into some major news stories.

Every gift is an important contribution to provide our students with the brightest future possible.