The largest gift in College history will support what will be known as the O’Malley School of Business. 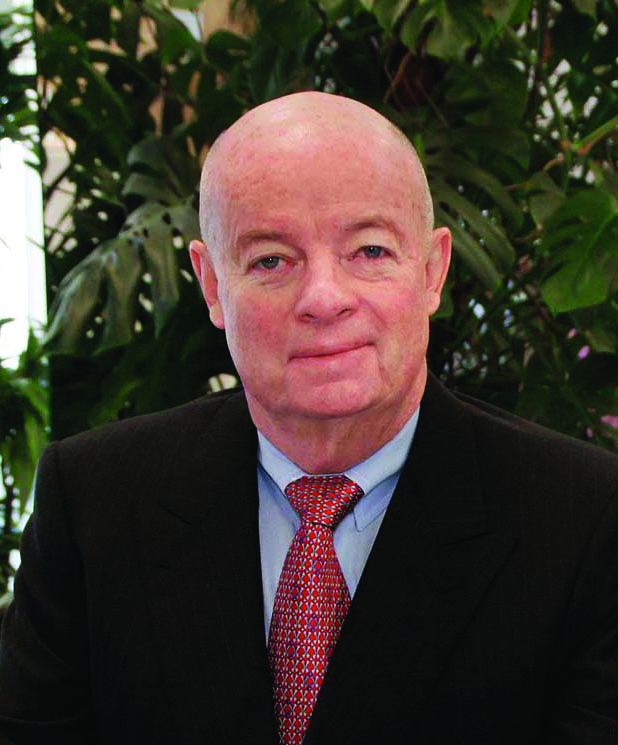 O’Malley and his wife, Mary Alice, are the most generous donors in Manhattan College’s history. They provided the leadership gift to build the O’Malley Library on campus, and donated $10 million to help support the construction of the Raymond W. Kelly ’63 Student Commons, named after O’Malley’s classmate and the former New York City police commissioner.

“Mary Alice and I are pleased to continue our support for Manhattan College. It’s an institution that has remained faithful to its core values. It provides a top quality education in a dynamic and open environment while at the same time maintaining its Catholic identity. A very substantial portion of the student body supports Lasallian traditions of service to those less fortunate by volunteering in local, national and international support programs. Its diverse student body doesn’t reject liberal or conservative ideas or positions but rather debates them. Manhattan has also continued its historical support of the nation’s military by maintaining a strong ROTC program and being rated by veterans of our military as a top institution to attend after serving your country.”

An Expanse of Possibility

O’Malley’s $25 million gift to the School of Business will provide a wide variety of opportunities for Manhattan College students to succeed in the financial capital of the world. The gift is designed to make a Manhattan College education accessible to students from all backgrounds, while strengthening the College’s connections with the New York City business world through hands-on, experiential opportunities. The gift will also support teaching and research focused on the present and future economics of energy.

“The O’Malley gift takes our School of Business to a whole new level,” said Brennan O’Donnell, president of Manhattan College. “It allows us to expand and deepen our curriculum and research, encourage innovative pedagogy, and strengthen our support for experiential learning.  We are extremely grateful to Tom, Mary Alice, and their family for their steadfast generosity in supporting students, faculty, and programs. We are proud to be home to The O’Malley School of Business.”

Mary Alice and I are pleased to continue our support for Manhattan College. It’s an institution that has remained faithful to its core values. It provides a top quality education in a dynamic and open environment while at the same time maintaining its Catholic identity...

A Toolkit for Excellence

O’Malley grew up in a working class family on Staten Island. He paid for his education with a series of jobs, including school bus driver, taxi driver, cafeteria worker and New York City lifeguard. He graduated from Manhattan College in 1963, and after six months of service in the Army reserves, he joined the commodity trading company Philipp Brothers, and spent nine years living and working in Europe.

O’Malley worked his way up through the Philipp Brothers organization, returned to the United States in 1975, was eventually named president of its energy division and, in 1984, was named vice chairman of Salomon Brothers, which eventually became the parent of Philipp Brothers. O’Malley left Salomon in 1986 to pursue private business interests, which included a substantial investment in a small oil refining corporation in California called Tosco. He became Tosco’s chairman and CEO in 1990 and built it up over a 10-year period into the largest independent oil refiner and gasoline retailer in the United States. The company was sold in 2001 to Phillips Petroleum, where O’Malley was appointed as vice chairman. He left Phillips in 2002 to accept a job at a privately held oil refining company, Premcor, which again he built into an industry leader and a New York Stock Exchange listed company over a period of years and ultimately sold it to the Valero Corporation. O’Malley’s career continued in the oil refining sector through June 2016, when he retired as chairman and CEO of PBF, a publicly held oil refining company. In addition to running various companies, O’Malley served on the boards of Lowe’s Companies, Inc., PetSmart, Inc. and ComFed Bank.

O’Malley commented that Manhattan provided him with the tools to advance in corporate life, and its location in New York City gave him the “street smarts” necessary to navigate a very complex world during more than 50 years of active business life.

O'Malley's working-class background mirrors a large majority of Manhattan College's student body: 33% of the 3,400 undergraduates are first-generation college students; 55% hail from the New York tri-state area. Recent graduates from Manhattan College’s School of Business have secured jobs at many of the largest and most prestigious organizations in the country and worldwide. Manhattan College also provides a strong return on investment for its graduates: a 2015 Brookings Institution study rated Manhattan 9th out of more than 7,000 two- and four-year schools in an analysis that examined how well schools prepare students for successful careers.

Tom and Mary Alice O’Malley have also provided philanthropic support to a number of causes close to them, including a recent gift that goes toward scholarships for children of current police officers, firefighters and nurses attending Trinity Catholic High School in Stamford, Conn. Tom and Mary Alice O’Malley have also served on the boards of many educational, health and charitable organizations. He was the chairman of Manhattan College’s board of trustees from 2005 to 2012 and served as a trustee from 1987 to 2002. He was awarded an honorary Doctor of Humane Letters from Manhattan College in 2012.

Married for more than 50 years, the O’Malleys have four grown children and 10 grandchildren. They now reside in Palm Beach, Florida, and maintain a home in Greenwich, Connecticut.

The O'Malley School of Business provides an intimate classroom environment with all the opportunities of New York City.
Learn More