Seven individuals will take their place alongside the list of Jasper legends. 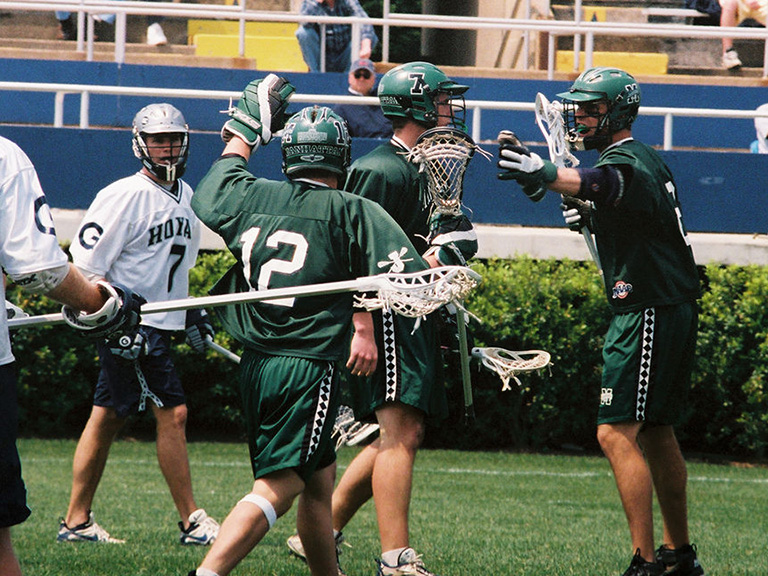 Seven individuals will join the Manhattan College Athletic Hall of Fame at the 40th annual induction event on Saturday, November 10. At the event, the 2002 MAAC champion men’s lacrosse team will also receive a special recognition.

The class of 2018 is listed below, in alphabetical order.

Stefani Allen ’03 won a school record 17 MAAC titles during her illustrious track and field career in Riverdale. A standout sprinter, she captured the 200-meter dash at the MAAC outdoor meet all four years, and three times during indoor seasons, along with three 100-meter championships and two 55-meter titles. In 2001, she was named the Most Outstanding Performer at the MAAC Outdoor Championships after winning the 100-meter dash, 200-meter dash and 100-hurdles, before repeating in all three a year later.

Robert Annunziata ’81 was a three-time club football All-American at quarterback, while throwing for more than 4,000 yards with 30 touchdowns through the air and six on the ground. He would later earn tryouts with the New York Giants and the Canadian Football League’s Montreal Alouettes before assuming the reigns as the head coach of the Manhattan College club football program.

Conroy Daley ’96 participated in the 1995 NCAA Men's Outdoor Track and Field Championships in the triple jump, finishing 14th, after qualifying at the IC4A Championships. One of the top jumpers in school history, he still holds the indoor school record in the long jump. Daley also captured Penn Relays, IC4A and Metropolitan titles in the long and triple jump.

John Fitzpatrick ’06 is the only four-time All-MAAC first team selection in the baseball program's history. A key contributor to Manhattan's 2006 MAAC championship squad that defeated Nebraska and San Francisco in the NCAA Tournament, he earned All-American honors in 2006 after crushing a school-record 18 home runs with 14 doubles and 66 RBI. Fitzpatrick graduated as the program's career leader in hits, doubles, home runs and RBI before signing a professional contract with the Pittsburgh Pirates.

Justin Otto ’06 is one of two players in lacrosse program history to earn All-MAAC honors all four years. Otto also garnered MAAC all-tournament team honors in each of his final two seasons. He continues to hold the program record with 129 goals, while ranking second with 172 points. Of Manhattan's top-10 single-season goal marks, Otto accounts for four of them, including a career-high 34 as a senior in 2005. As a freshman in 2002, he helped lead the Jaspers to their lone MAAC championship, including a perfect 9-0 record during league play.

Matt Rizzotti ’13 is one of the top offensive threats in program history on the diamond. A three-time All-MAAC selection before being drafted to the professional ranks, Rizzotti hit .367 with 205 hits, 29 home runs, 151 runs and 143 RBI in just three years. He burst onto the scene as a freshman by winning MAAC Rookie of the Year and Player of the Year honors in 2005 after setting school records with a .416 average, 72 hits, 21 doubles and 57 RBI to go along with nine home runs. He would then lead the Jaspers to their first MAAC title in 2006, along with wins over Nebraska and San Francisco in NCAA regional play. Following his final season in 2007, Rizzotti was drafted by the Philadelphia Phillies in the sixth round of the Major League Baseball Draft before reaching the Triple-A ranks.

Chris Williams ’93 manned the point guard position during his four years at Manhattan and helped lay the foundation for the culture that has resulted in five MAAC championships. He guided the Jaspers to their first-ever title, as well as back-to-back regular season championships. A clutch performer, he hit the game-winning free throw in Manhattan's 1993 MAAC-title win over Niagara after canning the game-winning layup in the Jaspers' NIT victory over Rutgers in 1992. For his career, Williams scored 792 points with 271 assists while making good on 38.2 percent from deep and led the program to 72 wins. He continues to be involved with Manhattan College, serving as the voice of the men's and women's basketball programs on the Jasper Sports Network.

The 2002 Manhattan College men's lacrosse team will also be recognized as the team captured the first MAAC championship in program history before dropping a hard-fought decision to nationally ranked Georgetown in the opening round of the NCAA Tournament.

The 40th Manhattan College Athletic Hall of Fame induction ceremony on Saturday, November 10, will begin with a Mass in the Chapel of De La Salle and His Brothers at 4 p.m. The induction ceremony and dinner will follow at 5 p.m. in the Great Room of the Raymond W. Kelly ’63 Student Commons.

To register to attend the event, or for more information, visit https://connect.manhattan.edu/halloffame2018. 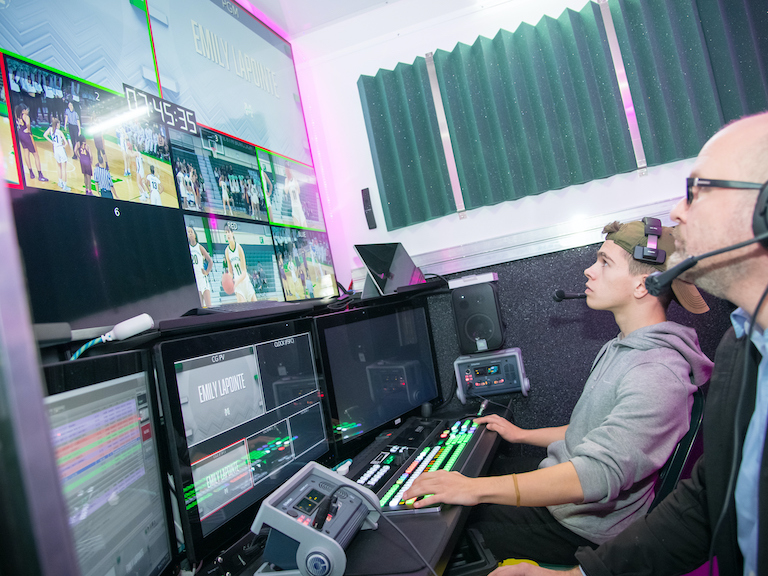