Students from near and far came to Riverdale to analyze the city’s contracts and budget. 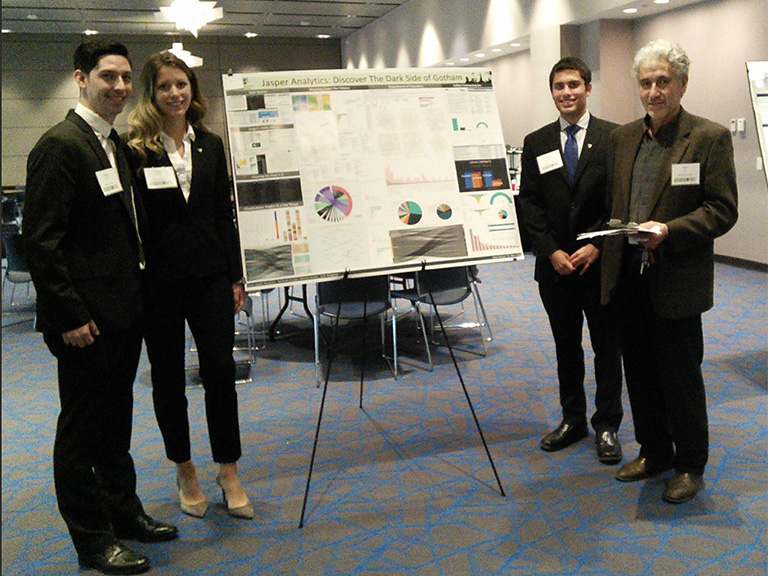 Eighteen teams from 16 colleges and universities from the United States, Canada and Romania traveled to the financial capital of the world for Manhattan College’s fourth annual Business Analytics Competition.

The competition allowed teams to analyze publicly available data from Checkbook NYC, an online transparency tool that provides up-to-date information about New York City's financial condition from the Office of the Comptroller. The teams received data sets composed of millions of spending contracts and records from different departments within the city and were tasked with providing insights into New York City’s spending and contracting patterns.

“Our main goal was to point out any outliers or anomalies that stuck out and the reason behind that,” said Monika Simikic ’19, a double major in business analytics and economics. “So our main question was what are the outliers? What do they mean? Why are they happening?”

Simikic and fellow business analytics majors Michael Giraldo ’19 and Amir Khaghani ’19 teamed up with faculty adviser Musa Jafar, Ph.D., associate professor of computer information systems and data analytics, to represent Manhattan College at the competition, which was ultimately won by a team from the University of Waterloo.

The Manhattan College group examined patterns and anomalies in the available data, breaking down transportation and staffing costs provided by the New York City Department of Education, and realizing the significant cost of the upcoming work to be done on the L train that stretches from Manhattan to Brooklyn.

The team used Excel, R, Power BI and Tableau Data Analytics Computing Platforms, to look for patterns and anomalies in the data that allowed them to translate the data into conclusions and insights that could be showcased in a poster presentation for the competition. 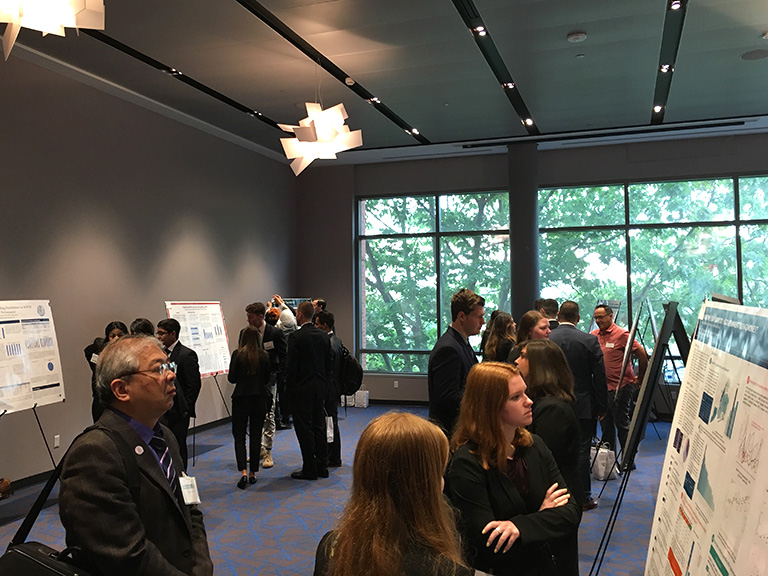 In between studying data sets, which started in February for the teams, and preparing their presentations, the students spent some downtime at Bowlmor Lanes in Times Square and got to share stories from each of their schools. They also heard from two keynote speakers: Drew Conway, Ph.D., founder of Alluvium, a company he founded in 2015 to bridge gaps between data and social sciences, and Ben Wellington, Ph.D., the founder of I Quant NY, an open data movement in New York City.

“Open data is a great opportunity for us,” Giraldo said. “Everyone in the data analytics world now has something to work with and ultimately help people solve problems.”

With the relatively new open data system established by New York City Comptroller Scott Stringer, Manhattan College’s location in the northwest Bronx proved to be a fitting place for the students to take part in this competition, and for the competition to continue years into the future. 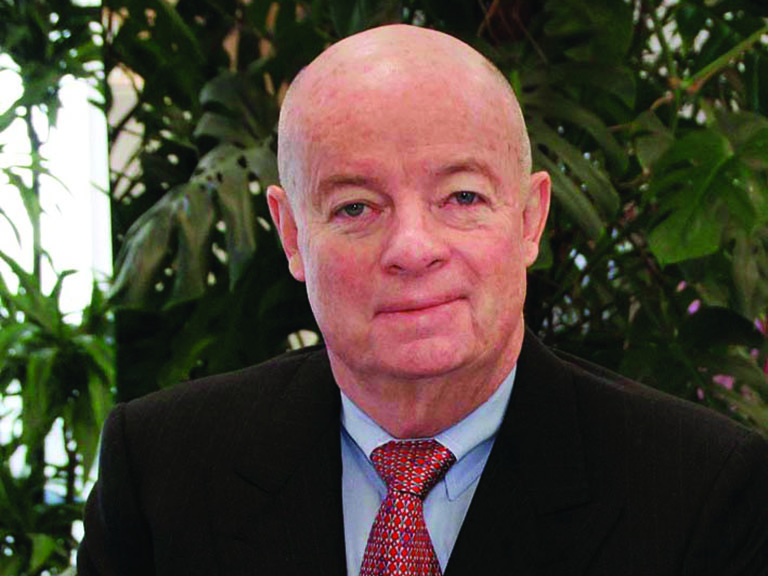 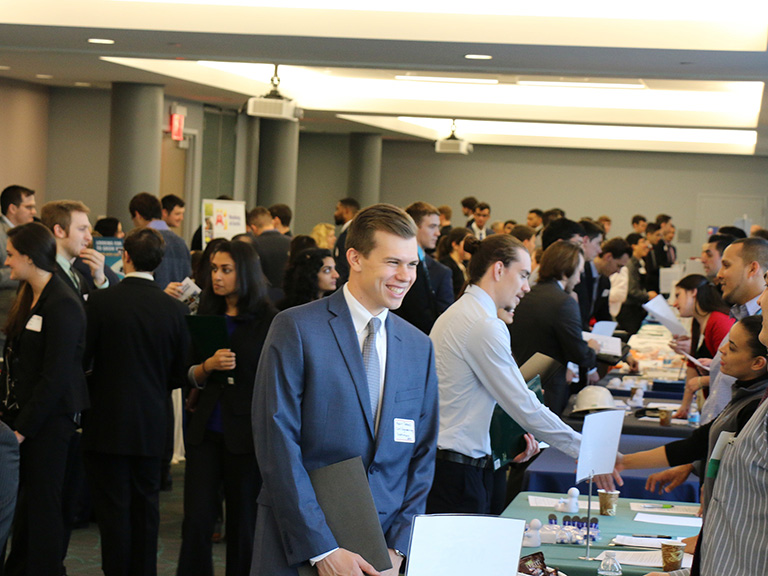