Engineers Match Wits in Battle of the Brains

The civil engineers emerged victorious and earned bragging rights for the year. 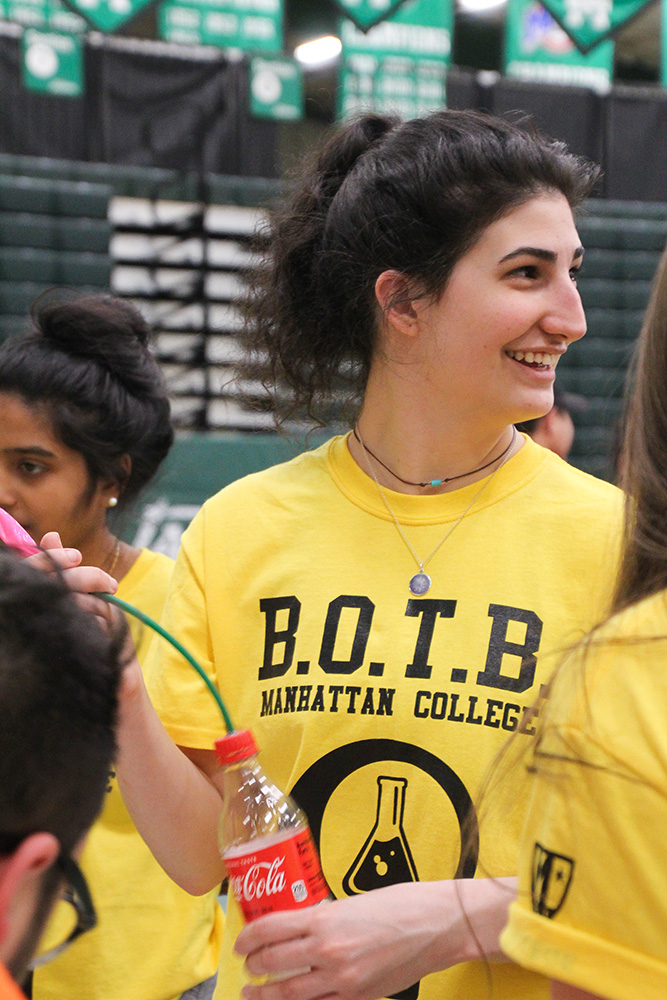 In the days leading up to final exams, 180 Manhattan College engineering students engaged in a fun, friendly competition at the fourth annual Battle of the Brains competition in Draddy Gymnasium.

“It’s a fun day to get an opportunity for all of the engineering disciplines to get together,” says Priya Sachdeva ’19, one of the group leaders, who worked for three months to help organize the competition. 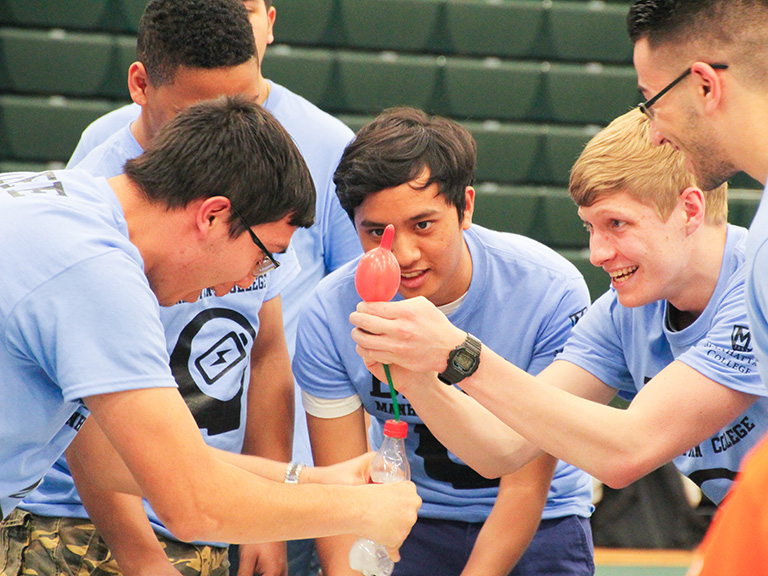 The challenges included causing a chemical reaction within a bottle of Coca-Cola (chemical), building a house out of playing cards (civil), creating a density experiment with fluids (mechanical) and making an electrical current to spin a copper wire (electrical).

The competitors were unaware of each challenge before the event started and had to think on their feet to score the most points for their team. Students from different schools across the College served as judges for the competition, which wrapped up with pizza, laughter and anticipation of the final results, which saw the American Society of Civil Engineers (ASCE) chapter at Manhattan College edged the American Society of Mechanical Engineers (ASME) chapter to win the competition, earning the Battle of the Brains trophy. 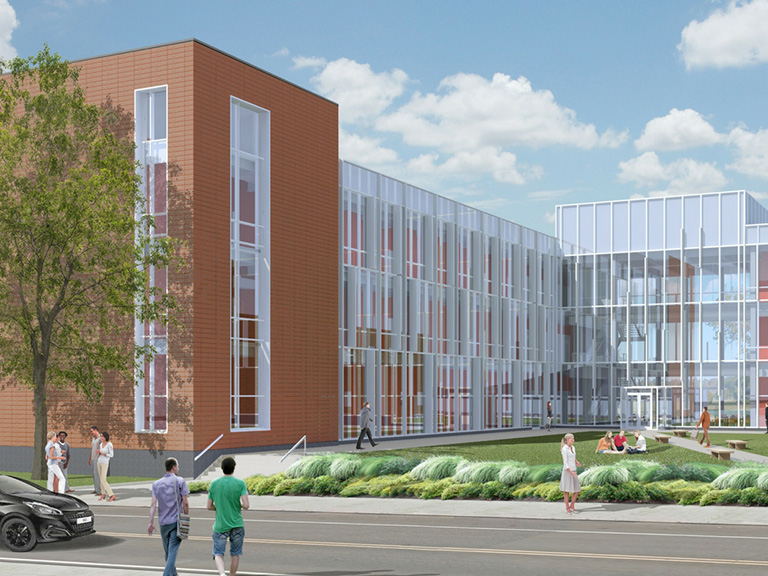 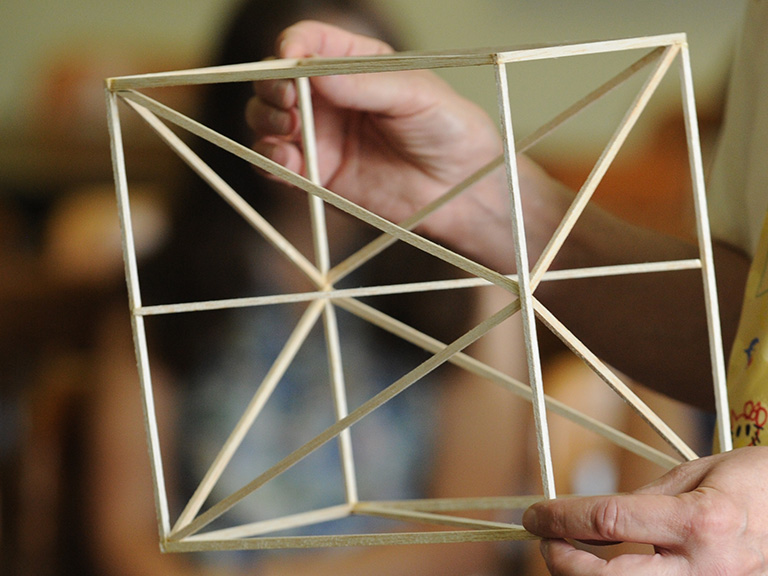