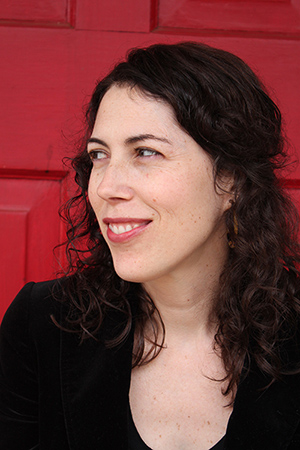 Connecticut native Jen McClanaghan is currently an assistant professor and writer-in-residence at Salve Regina University in Newport, R.I. McClanaghan’s debut collection of poetry, River Legs, was published earlier this year and was the winner of the Kore Press 2013 First Book Prize.

Award-winning poet David Wojahn describes McClanaghan’s work as, “Reflective but tough-minded, filled with self-reckonings but shorn of self-pity, and fearless in its ability to mix the lyric sublime with a solid measure of the absurd. River Legs is a powerful and haunting debut.”

McClanaghan’s other poetry works include “My Lie” (The New Yorker, January 2012), “Easy For a God” (Sycamore Review, Winter/Spring 2009), and “Magician’s Assistant Sawed in Two” (first appeared in FIELD, Spring 2009). FIELD also nominated McClanaghan for the Best New Poets anthology. In addition, her online pieces consist of: “The Beginning” (Shenandoah), “Greatest Show on Earth” (AGNI), and “Your Own Private Oil Spill” (The Missouri Review’s poem of the week).

In the past, McClanaghan worked in publishing, served as resident scholar at The Southern Review, and taught in Louisiana State University’s English department.

Following McClanaghan, Ben Marcus, author of The Flame Alphabet (2012), will speak on campus on Oct. 23, and the series will conclude on Nov. 13 with Erica Dawson, author of two collections of poetry, The Small Blades Hurt and Big-Eyed Afraid.