Author of Dirty Little Angels and Haunted Bones to visit campus on April 24. 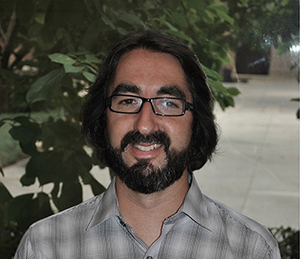 Chris Tusa, author, poet and editor, will speak at Manhattan College on Thursday, April 24 at 6:30 p.m. to conclude the spring semester of the Major Author Reading Series (M.A.R.S.).

A native of New Orleans, Tusa relates his roots to his work, which he has dubbed, “Southern-fried Greek tragedies.” His debut collection of poems, Haunted Bones, was published in 2006, and his novel, Dirty Little Angels, came out in 2009.

Author, literary historian and radio host Burl Barer called, “Dirty Little Angels, the To Kill a Mockingbird of 2009.” The book is set in New Orleans and tells the story of a 16-year-old and her family’s trial and tribulations.

Tusa is the founding editor of Fiction Southeast, and he divides his time between teaching in the English department at Louisiana State University and acting as writer-in-residence at Southeastern Louisiana University.

Currently, Tusa is working on his second novel, In the City of Falling Stars (a dark tragicomedy set in post-Katrina New Orleans) and a collection of short-short stories entitled MeanBlood.

Designed to engage and expose students to contemporary literature, M.A.R.S. has brought several notable writers to campus for readings and book signings since its inception in 2010. Poets Kwame Dawes and Jane Springer visited earlier this semester.

The Chris Tusa event is free, open to the public, and will be held in Hayden Hall, room 100. M.A.R.S. is co-sponsored by the College’s English department and the School of Arts, in cooperation with the Women and Gender Studies program.