College will present Carolyn Woo with honorary doctorate during ceremony. 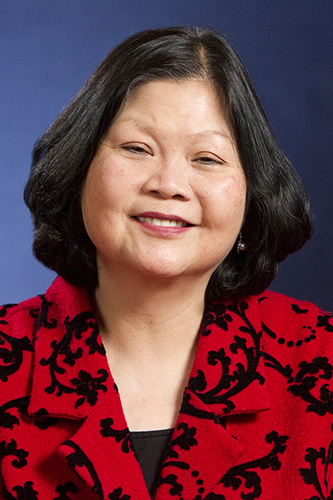 Carolyn Y. Woo, Ph.D., president and CEO of Catholic Relief Services (CRS), will deliver Manhattan College’s keynote address at the College’s 172nd undergraduate Commencement on Sunday, May 18 at 1 p.m. She will also be awarded an honorary Doctor of Humane Letters at the ceremony.

“The work of CRS is a shining example of faith in action, and Carolyn Woo’s leadership is a model for our students in the use of great gifts in service of the common good,” said President Brennan O’Donnell.  “Manhattan College cherishes its strong relationship with CRS and our students and faculty look forward to welcoming Dr. Woo formally into our educational community.”

Founded by the Catholic bishops of the United States in 1943, CRS was first started to aid survivors of World War II in Europe. Following a distinguished academic career, Woo has spearheaded CRS, the official international humanitarian agency of the Catholic community in the U.S., since 2012.

Last year, Woo, representing CRS, was featured by Foreign Policy magazine (May/June 2013) as one of the 500 Most Powerful People on the Planet and one of only 33 in the category of “A Force for Good.” She also writes a monthly column for Catholic News Service, which received first place in the 2013 Catholic Press Association Awards in the category of Best Regular Column – Spiritual Life.

Prior to working at CRS, Woo was the dean of the University of Notre Dame’s Mendoza College of Business for more than 10 years. Under her supervision, the school was recognized as the nation’s leading business school in ethics education and research, and received top ranking in 2010 and 2011 for its undergraduate business program from Bloomberg Businessweek magazine.

Born and raised in Hong Kong, Woo is a graduate of Purdue University and received bachelor’s, master’s and doctorate degrees from the institution. She also was the associate executive vice president for academic affairs at Purdue University before working at Notre Dame.

Manhattan College will award approximately 750 undergraduates with degrees in some 40 major fields of study from its schools of arts, business, education and health, engineering and science on May 18. For complete information on Commencement 2014, visit manhattan.edu/Commencement.

Members of the media who would like to cover the Commencement ceremony should email Liz Connolly Bauman, director of communications at Manhattan College, at public_relations@manhattan.edu.