The Manhattan College community gathered for a series of events, which promoted peace and understanding for a war-torn nation. 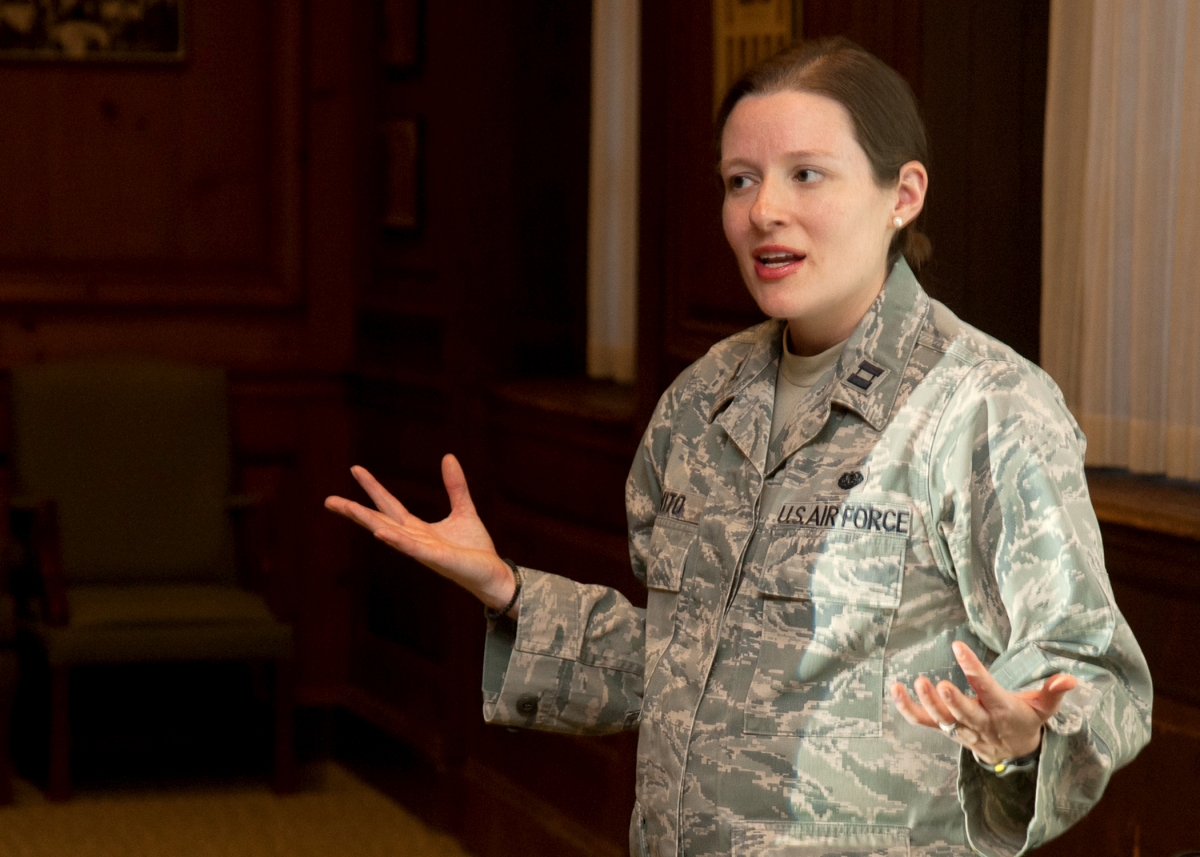 As NATO defense ministers gathered in Brussels to discuss the potential American withdrawal from Afghanistan, members of the Manhattan College community turned their attention to the war-torn nation in observance of Peace Week, Feb. 25-28.

“The war in Afghanistan is the longest war in U.S. history,” said Thomas Ferguson, Ph.D., associate professor of religious studies, during the Feb. 25 opening event, a film screening of Osama. The first major project to be released by an Afghan filmmaker since the post-Sept. 11 toppling of the Taliban, Osama is an unflinching look at the oppressive conditions for women during the insurgency’s reign.

Igniting a campus-wide conversation on the brutality of the Taliban and, more specifically, on its policy of gender apartheid in Afghanistan, Ferguson framed the screening with a question: “As we approach the 2015 deadline for American withdrawal, we must ask ourselves, what will be the future of Afghanistan?”

The dialog continued on Feb. 26 with a lunch-hour screening of PBS documentary Behind Taliban Lines. The film follows an Afghani journalist’s 10-day journey with an Al Qaeda allied insurgent cell set to sabotage a U.S./NATO supply route.

With a better understanding of the danger U.S. troops face on the ground, the campus community reconvened for the Cost of War lecture, which featured Captain Allison DeVito. Wife of Jasper Stephen DeVito ’03, she discussed her tour of the Kunar Province in Afghanistan from Dec. 2011 - June 2012.

As a Judge Advocate General (JAG), it was DeVito’s mission to establish basic dispute resolution in order to facilitate improvements in security and to combat corruption that undermined trust in the Afghan government.

Although many Afghan citizens were willing to work with her, DeVito said her presence as a woman of authority challenged some conservative viewpoints. Regardless, one of the most important aspects of her job was developing human capacity — in other words, helping individuals understand the mutual benefits of working with and helping others.

“Although it may feel like the U.S. has been involved in Afghanistan for a long time, in the experience of Afghans, it’s actually a very brief time, especially while introducing new practices and new norms,” DeVito said.

The week ended on a high note on Feb. 28, with an inspiring example of individuals serving according to their abilities and interests. Chad Stokes of popular bands Dispatch and State Radio, and tour manager Sybil Gallagher, sat on a panel with Just Peace members and Peace Week coordinators Kathleen White ’14 and Ryan Waters ’16 to discuss Calling All Crows (CAC). 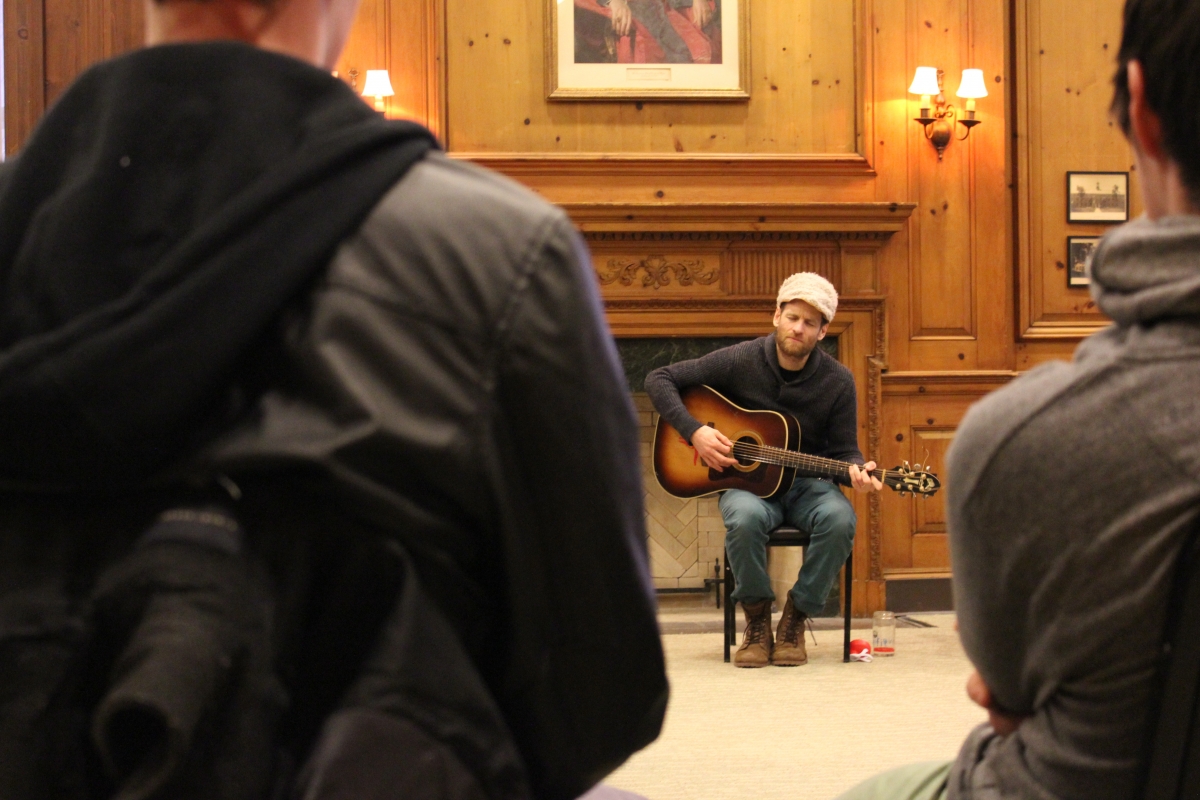 The organization, which Stokes and Gallagher founded in 2008, partners with musicians and fans to create change through activism and service. So far, they’ve mobilized support for many causes including marriage equality, education and women’s empowerment in the U.S. and abroad.

Following the discussion, Stokes picked up his guitar to play an acoustic set, and took several song requests from the audience.

“As part of a Lasallian college, I believe it is imperative that no matter what our majors are, that we continue to uphold our commitment to social justice and the dignity of the human person,” said White, president of Just Peace.

Waters added, “I hope that this week served as a reminder that there is something bigger than all of us. It’s easy, especially in college, to get so caught up in our work that we forget to take a step back to think about others. Educating people about social, political and human rights issues is truly the first step in fixing the problems in our world.” 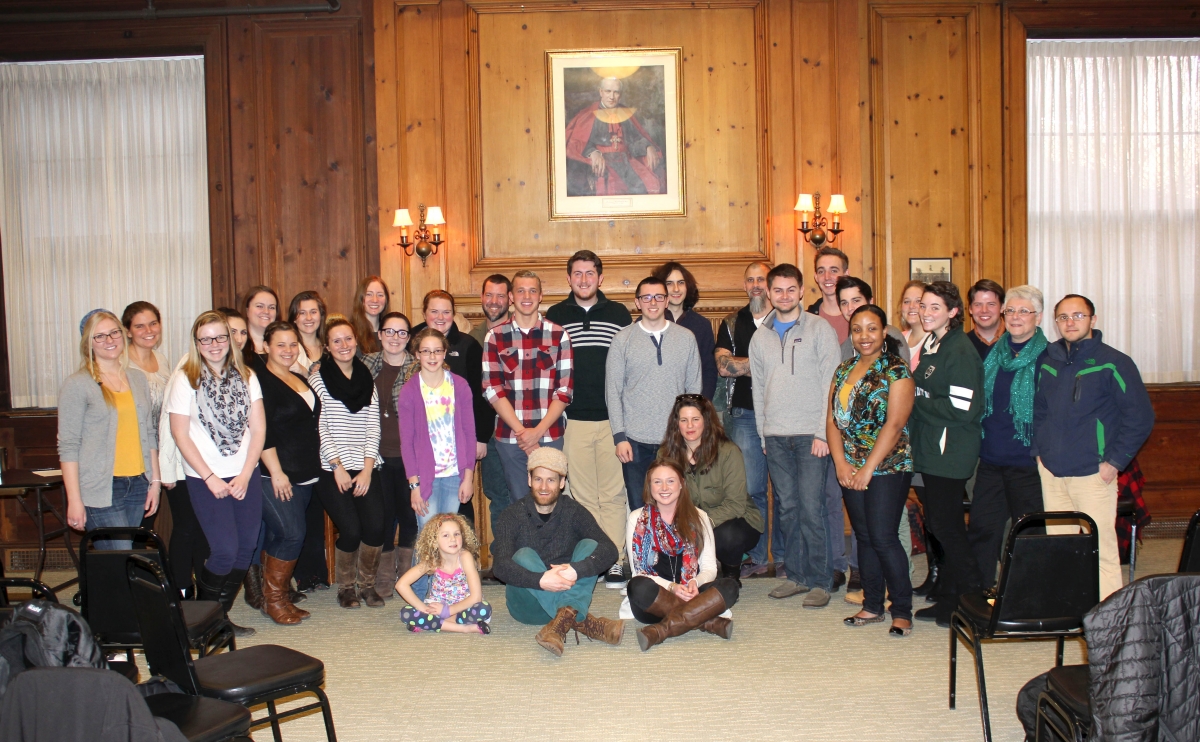