As the nation celebrates Women’s History Month, we take a look back at the history of women at Manhattan College. The College officially welcomed women during the 1973-74 academic year, though assorted programs for women have been available since the 1920s.

Watch a video featuring alumnae discussing their experience at Manhattan: 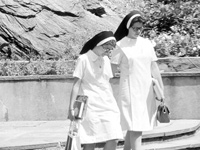 In 1928, Manhattan College established a special program known as the Extension Division for Sisters, which offered teacher training for nuns who went on to teach in Catholic schools throughout the tri-state area. As a result of this program, more than a thousand religious women earned Bachelor of Arts degrees from Manhattan. 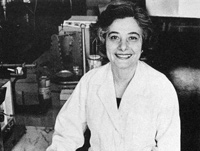 The first woman faculty member was Leonora Mirone, Ph.D., an associate professor of chemistry who joined the faculty in 1957. From 1962-66, her research on the causes of alcoholism led to awards totaling $70,000 in grant funds (a huge sum in the mid-1960s!). 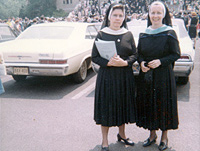 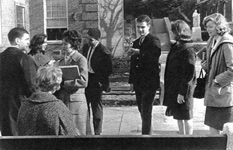 In the spring of 1964, Manhattan College established a collaborative program with neighboring women’s college, the College of Mount St. Vincent. This arrangement included an exchange of students in selected courses and the sharing of certain facilities such as classrooms, library, gym, art studios and science labs. 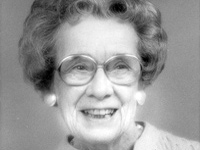 1971: First Female Member Elected to Board of Trustees

Marie McGovern, former teacher and wife of the former chancellor of The University of the State of New York, was the first woman to be elected to the Manhattan College Board of Trustees. She served from 1971 to 1982. 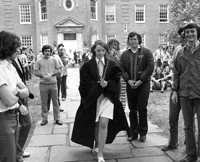 Women are officially admitted into Manhattan College starting in the fall of 1973. In the spring semester, Marybeth McCall becomes the first woman tapped for Pen & Sword, Manhattan’s most prestigious honor society. 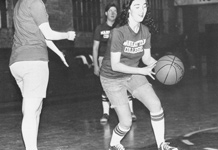 Women’s basketball was established on campus as a club sport. Leading the charge in creating the team was Kathleen McCarrick-Weiden ’79, a freshman who worked to recruit players, coaches and a club moderator. In 1978, the women’s basketball team was promoted to varsity status. 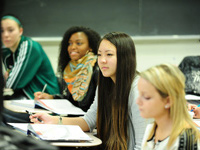 Since women gained traction in athletic programming, their overall enrollment and campus influence followed. Today more than 1,600 women are enrolled at Manhattan College, and they hold positions ranging from student body president to editor-in-chief of the student newspaper.