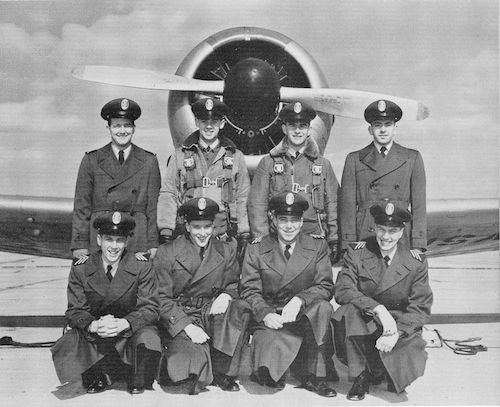 Not long after the Second World War, when depleted enrollments confronted the administration and forced emergency measures, the prospects of another war pressed upon the College. In 1950, the United States began providing military assistance to South Korea to push back an attack by the communist North Korean forces. As the Korean War escalated, a renewed uncertainty concerning military service gripped the campus. Substantial apprehension existed over a proposed military training bill in congress, The Universal Military Training and Service Act, which would once again completely disrupt the college population and virtually eliminate the incoming freshmen class.

In an effort to prepare for another potential mass exodus of students due to selective service regulations, the College secured a Reserve Officers Training Corps of the Air Force (AFROTC). On April 22, 1951, the AFROTC was formally established at Manhattan College and over 850 cadets filled the ranks of its first unit. They originally assembled in July 1951 and were designated Detachment No. 560, HQ & HQ Squadron, First Air Force, Manhattan College. Appointed to the post of Commanding Officer was Lt. Col. W. T. Welter, a man with fourteen years of experience in the Air Corps while second in command and pro tem Commanding Officer of the group was Major J. E. Murtha.