On November 16, 2022, Artemis 1 was launched from the Kennedy Space Center in Florida, the first of NASA’s ambitious lunar exploration expeditions. The launch was accompanied by major fanfare, as the world witnessed an uncrewed 1.4-million-mile Moon-orbiting mission, the first since the Apollo program ended 50 years earlier.

Oleg Goushcha, Ph.D., an adjunct assistant professor of mechanical engineering at Manhattan College, was one of the hundreds of engineers and scientists whose contributions to the Artemis program made the November launch a success. Goushcha, a former assistant professor of mechanical engineering at Manhattan, has worked for NASA at the Langley Research Center in Langley, Virginia, since 2020. For the last two years, Goushcha has focused entirely on wind tunnel testing for the Artemis project.

“A couple of seconds before it crosses the sound barrier, there are very violent aerodynamic forces acting on the rocket,” he said. “I’m part of the team that studies about 10 seconds’ worth of flight to make sure that we can predict what environments the rocket experiences as those individual components go through the sound barrier at different times.”

Goushcha and six other scientists study the wind tunnel models to understand the potential environments the rocket will experience, including monitoring sensors as the vehicle ascends. They use a scale model of the spacecraft to adjust their calculations as they move air around the object.

Once the model is placed in the wind tunnel, the scientists “roll and pitch it at different angles” to simulate conditions of real flight. While his team is only responsible for 10 seconds of flight in the six-week mission, those 10 seconds play a crucial role in determining the craft’s success or failure.

At the November 16 launch, Goushcha and his team were at the Kennedy Space Center monitoring the developmental flight instrumentation sensors to make sure those sensors were active and that ice formations weren’t blocking them. The Orion spacecraft and the Space Launch System (SLS) rocket splashed down in the Pacific, returning to Earth on December 11. 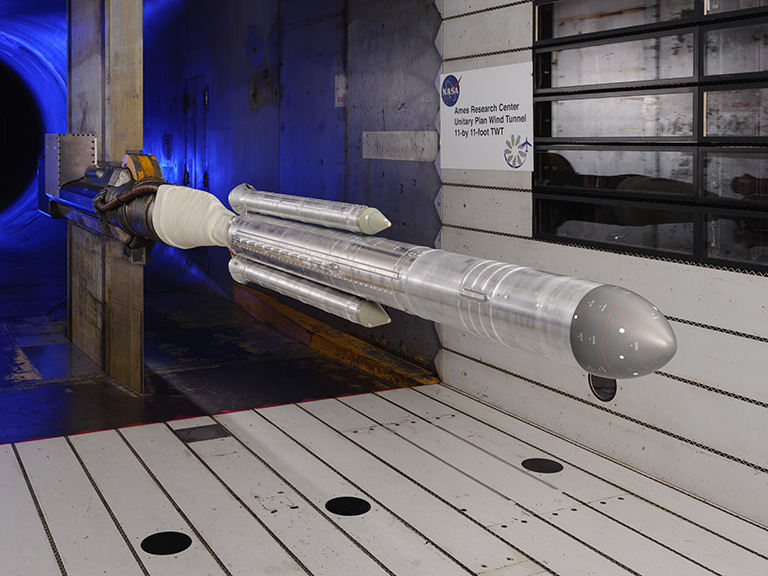 The Artemis 2 manned mission rocket scheduled for May 2024 is currently being assembled, and Artemis 3 and 4 are already on the agenda. Goushcha is wind testing components that will be a part of those future missions.

The Artemis program is based on the foundations of both the Apollo and Space Shuttle programs and has incorporated a half-century of institutional knowledge, according to Goushcha.

“The Artemis program SLS is the biggest rocket that NASA has built since the Saturn era,” he said. “It will be capable of taking humans further into space than we have ever traveled. I hope we can bring everyone who is following this project with us on the journey.”

Goushcha hopes his experiences at NASA will inspire the Manhattan College students he continues to teach. Most recently, in his flight mechanics class, he worked with students on calculations to predict the flights of commercial vehicles such as SpaceX Dragon. He called leaving his full-time position at Manhattan College a very difficult decision but said that the NASA job represented a “once-in-a lifetime opportunity that I knew I should take.”

For more than a century, Manhattan College’s engineers have dreamed up, designed and built New York City’s greatest structures and systems.
LEARN MORE ABOUT MANHATTAN COLLEGE 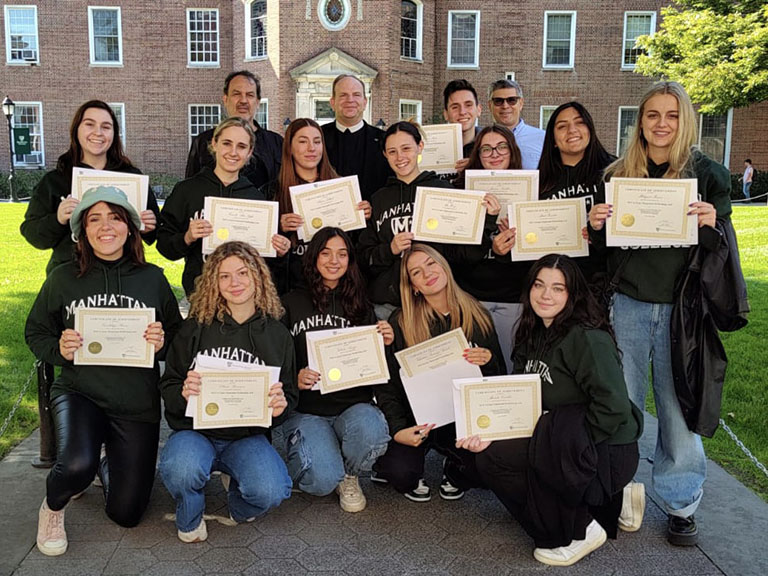