Martin is a graduate of Manhattan College’s School of Science. 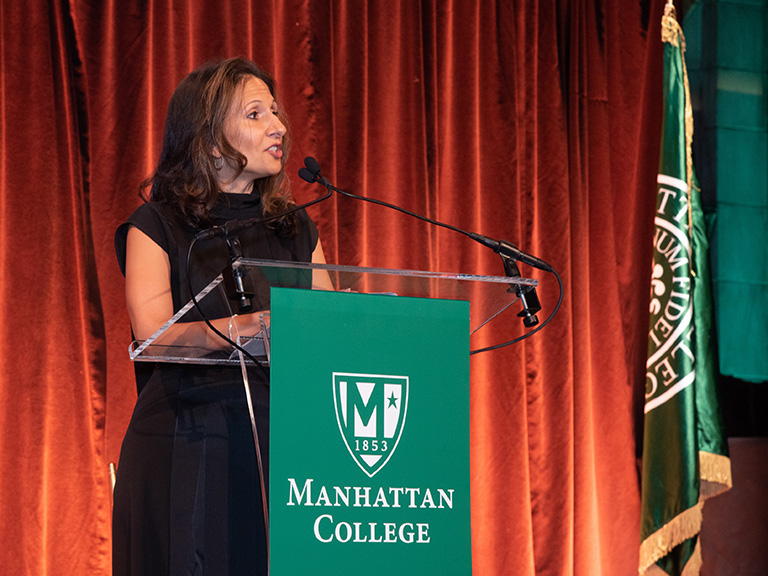 Lynn Martin ’98, who graduated from Manhattan College with a major in computer science and a minor in finance, has been appointed as the next president of the New York Stock Exchange (NYSE), the organization announced.

Martin, currently President, Fixed Income and Data Services at Intercontinental Exchange (ICE), succeeds Stacey Cunningham, who will join the Board of Directors of the NYSE.

Earlier this year, Martin was the recipient of Manhattan College’s De La Salle Medal, which is conferred annually by the college’s Board of Trustees to honor executives who exemplify the principles of excellence and corporate leadership.

Martin previously served as president of ICE Data Services and chief operating officer of ICE Clear U.S. Prior to ICE’s acquisition of NYSE Euronext in 2013, Martin served in a number of leadership roles, including chief executive officer of NYSE Liffe U.S. and CEO of New York Portfolio Clearing.

She began her career at IBM in their Global Services organization, where she served a variety of functions, predominantly as a project manager within the financial services practice.

Martin also holds an M.A. in statistics from Columbia University. She serves on the Manhattan College Board of Trustees as well as the Advisory Board of the School of Science and is a member of the Phi Beta Kappa National Honor Society.