The former chairman of Mutual of America, Moran was a giant in business, philanthropy and Irish-American relations. 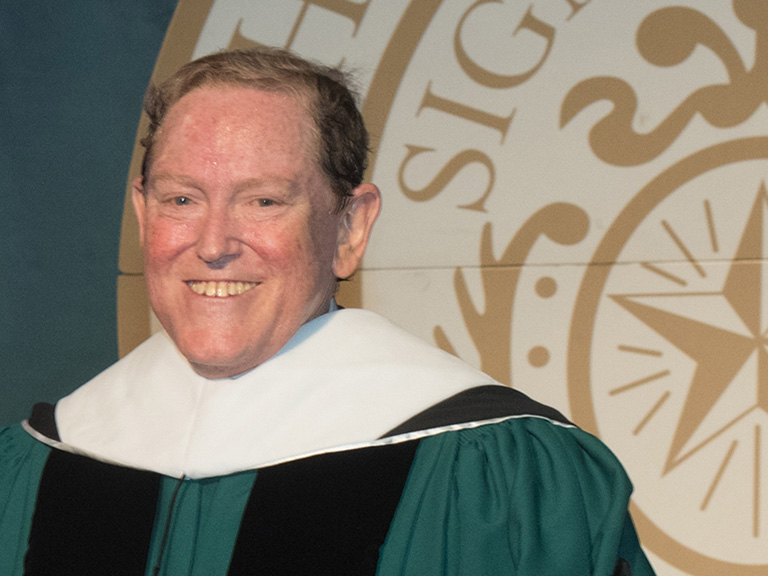 Tom Moran ’74, former chairman of Mutual of America Life Insurance Company, passed away on Saturday, August 11 after a brief illness. He was 65.

Described as “one of the greatest Irish-American leaders of all time,” by IrishCentral.com, Moran earned his bachelor’s degree in mathematics from Manhattan College in 1974 as the first in his family to graduate from college, and began his career with Mutual of America in 1975.

Moran was a member of the College’s board of trustees from 1995-2004 and served on the finance and investment committees. He was an active supporter of the Raymond W. Kelly ’63 Student Commons and the De La Salle Dinner, the College’s top fundraising event.

In 2016, Moran spoke at the dedication of the McNeil Courtyard, formerly known as Memorial Courtyard. The courtyard was dedicated in honor of the late Kate McNeil ’11, the daughter of Tom McNeil ’74, Moran’s Manhattan College roommate.

In 2017, Moran delivered the commencement address at Manhattan College’s Undergraduate Commencement, where he received an honorary degree in humane letters.

For more than a decade, Moran served as chairman of Concern Worldwide-U.S., an international humanitarian relief organization. His commitment to philanthropy was recognized in 2015 when he was named chancellor of Queen’s University in Belfast, Northern Ireland. His relationship with Queen’s University first began in 2006, when he was presented with an honorary Doctor of Science in Economics in 2006.

“Tom Moran embodied the very best of what Manhattan College stands for,” said Brennan O’Donnell, president of Manhattan College. “He was a man of tremendous energy and intellect who strove constantly to use his gifts in service to others. Underlying all of his many accomplishments was deep respect for the dignity of the human person, which drove his tireless advocacy on behalf of those in need.”

Throughout his career, Moran had contributed to several other humanitarian and community causes, including the peace process in Northern Ireland and the Abilities Foundation, which works to improve the lives of people with disabilities. He had been recognized as one of the top 100 Irish-American business people by Irish America magazine, and received the Ellis Island Medal of Honor, which celebrates “remarkable Americans who exemplify outstanding qualities in both their personal and professional lives, while continuing to preserve the richness of their particular heritage.”

He is survived by his wife, Joan, whom he met while working at Mutual of America. The couple married in 1983. 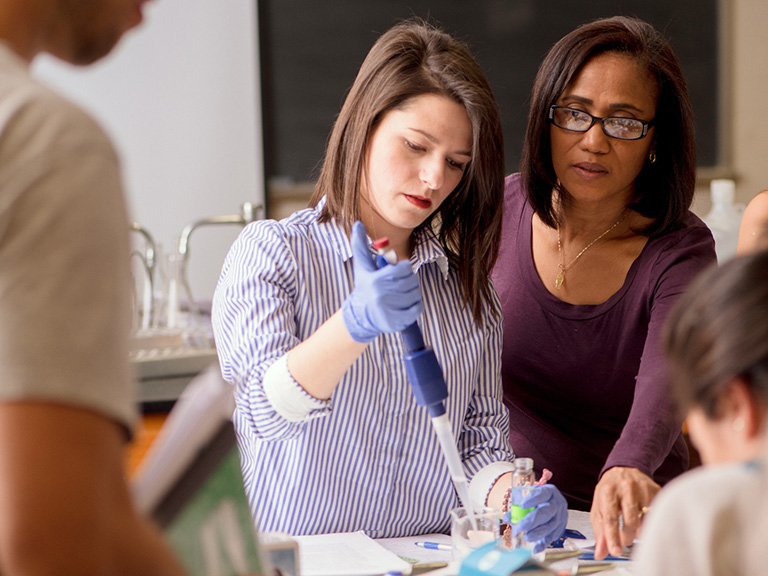 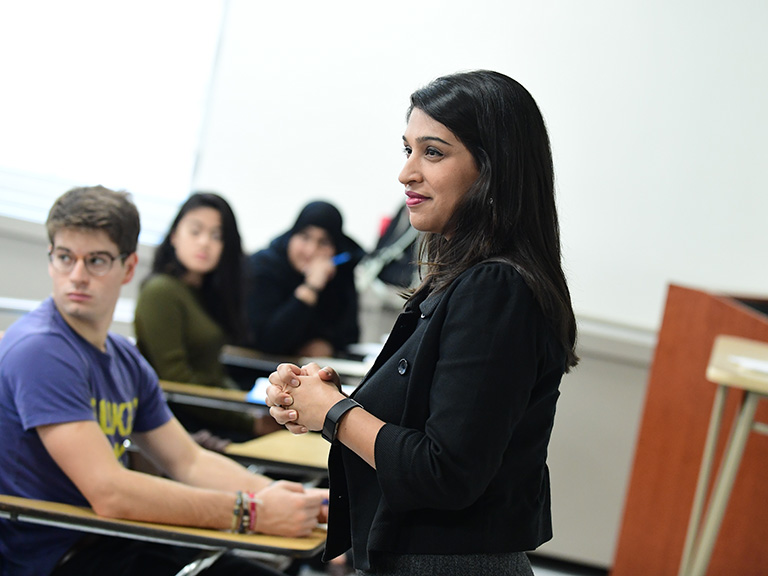