Thomas J. Moran ’74, chairman of the board of Mutual of America Life Insurance Company, will address the undergraduate class of 2017 and Bettye H. Perkins, Ed.D., president and chief executive officer of Today’s Students Tomorrow’s Teachers (TSTT), will be the keynote speaker at Spring Commencement. 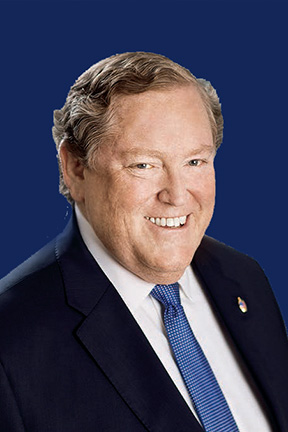 Thomas J. Moran ’74, chairman of the board of Mutual of America Life Insurance Company, will receive an honorary degree in humane letters and address Manhattan College’s class of 2017 at the College’s annual Undergraduate Commencement on Friday, May 19, 2017.

Moran began his career with Mutual of America Life Insurance Company in 1975, one year after graduating from Manhattan College. He retired as chief executive officer in 2016, after serving as president of the company from 1994 to 2015. Under his supervision, Mutual of America grew from a small retirement association to a leading provider of retirement plans.

For more than a decade, Moran has served as chairman of Concern Worldwide-U.S., an international humanitarian relief organization. His commitment to philanthropy was recognized in 2015 when he was named chancellor of Queen’s University Belfast. His relationship with Queen’s University first began in 2006, when he was presented with an honorary Doctor of Science in Economics in 2006. Moran has contributed to several other humanitarian and community causes, as well as the peace process in Northern Ireland. He is listed as one of the top 100 Irish-American business people by Irish America magazine.

Moran was the first in his family to graduate from college with a B.S. in mathematics. He has remained connected with Manhattan College as a generous donor and former member of the College’s board of trustees from 1995-2003. He was an active supporter of the Raymond W. Kelly ’63 Student Commons and the De La Salle Dinner, the College’s top fundraising event. 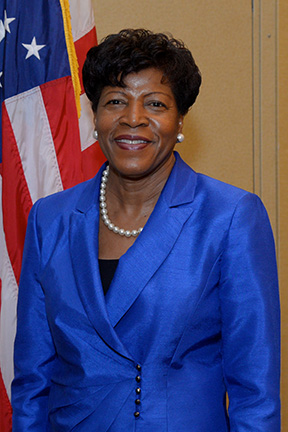 Perkins has been at the forefront in helping to close the teacher diversity gap in America’s schools for more than 22 years. Perkins launched TSTT in 1994 with only seven students in Westchester County. Today, TSTT’s full-circle regional collaborative teacher of color recruitment model has been successfully replicated in four states: New York, Connecticut, Massachusetts and Virginia. TSTT has produced more than 150 alumni teachers, and nearly 1,000 high school and college students are currently in the pipeline to become caring, committed and competent teachers and leaders.

The Manhattan College website has complete information on Commencement 2017, including a schedule of events.