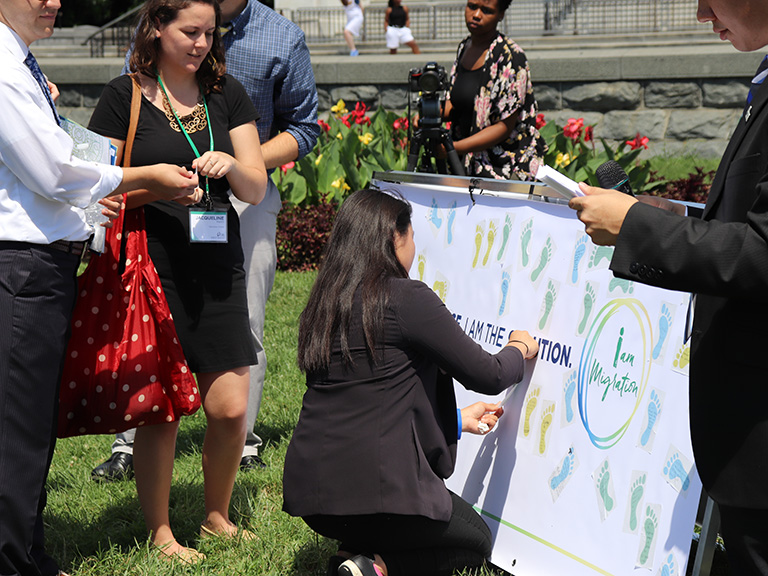 During the second biennial Student Ambassador Leaders Together (SALT) summit, organized by Catholic Relief Services (CRS), Manhattan College students Kaiyun Chen ’19 and Tim Gress ’19 joined other students from dozens of colleges and universities across the U.S. to gather in Washington, D.C. to advocate for policy change on key international humanitarian issues, such as global migration and hunger.

The three-day summit, which culminated on Capitol Hill on July 18, included skill-building sessions focused on leadership, campus organizing and advocacy. Alongside Jacquie Martin, coordinator of social action at Manhattan College, Chen and Gress put these new skills to the test when they travelled to Capitol Hill for a day of meetings with Congressional staff, including Rep. Eliot Engel, whose Congressional district includes Manhattan College. The group also met with staff members from the offices of U.S. Senators Charles Schumer and Kirsten Gillibrand.

“I am inspired by the passionate and influential people we were able to meet at the summit,” Chen said. “I am also inspired by recognizing the fact that I have the luxury of choice. I realize the power I have to do more, not just as an individual, but as a Jasper, as a CRS ambassador and as a part of the global community.” 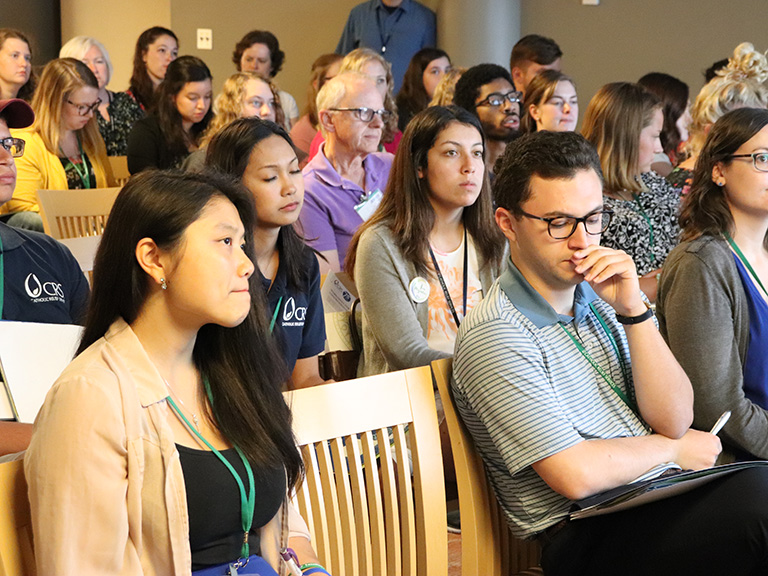 The SALT Summit is part of the CRS Student Ambassador program, which engages college students of CRS’s partner schools across the country in advocacy and leadership training.

The program is organized through on-campus chapters of student leaders who are trained by CRS to mobilize their peers to hold events, seminars and engage in advocacy. Chapters are connected to one another and to CRS in order to build a national movement for impactful change.

“It was great to learn more about CRS’s global reach,” Gress said. “Watching and hearing from their people that go to different countries and into the field was eye-opening.”

Since holding its first student gathering in 2014, the number of participating schools has nearly doubled, with more than 150 students and staff representing 58 campuses. 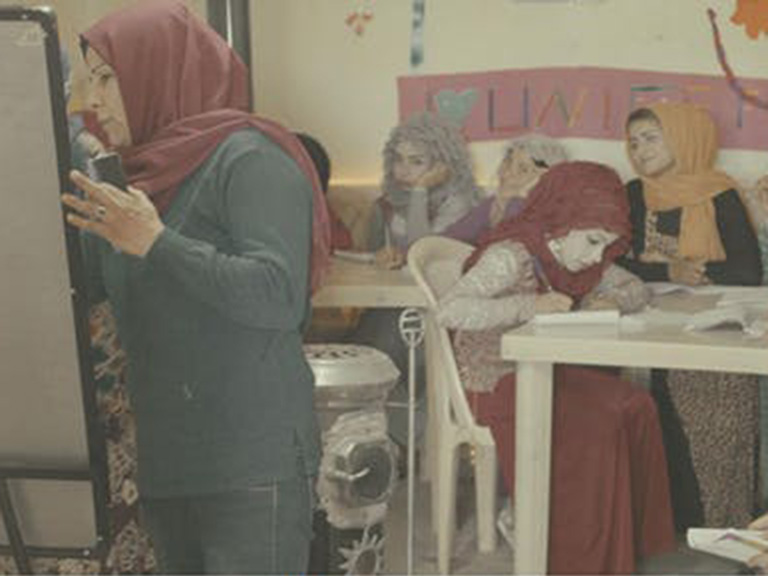