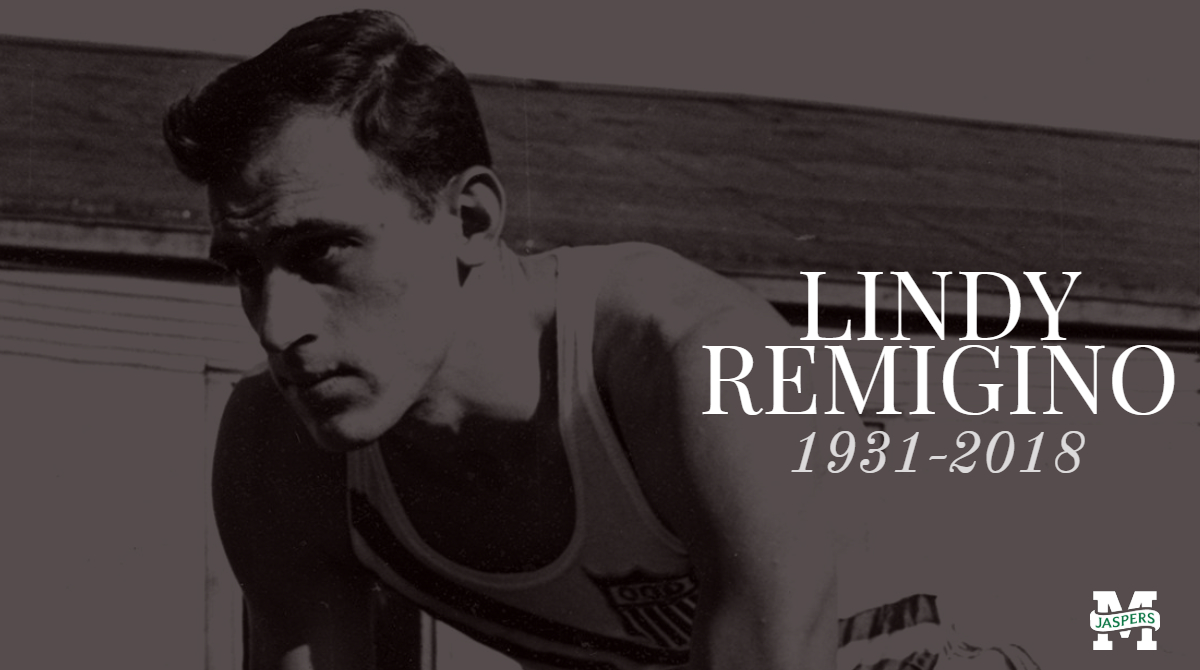 Lindy Remigino, a member of Manhattan College’s class of 1953 and a two-time Olympic gold medalist at the 1952 Summer Games, passed away on Wednesday, July 12, at the age of 87. He was surrounded by his family at his home in Newington, Conn., at the time of his passing.

Born June 3, 1931 in Elmhurst, Queens, Remigino competed in the 1952 Summer Olympics in Helsinki, Finland, following his junior year at Manhattan College. Remigino stunned the track and field world with a gold medal in the 100-meter dash, and finished ahead of Jamaica’s Herb McKenley in a final that saw the top four finishers all awarded the same time. Later examination of the times showed that Remigino finished a split second ahead of McKenley to win gold.

Remigino won his second gold medal of the 1952 Games in the 4x100-meter relay. His third leg put the United States team in position for gold, as teammate Andy Stanfield finished the anchor leg to place the team atop the podium.

After graduating from Manhattan College, Remigino, who was named after aviation legend Charles Lindbergh, became a physical education teacher and track and field coach at Hartford Public High School, his alma mater. His teams there won 31 state titles, and he guided 157 athletes to individual state championships.

A member of the inaugural Manhattan College Athletic Hall of Fame class of 1979, Remigino was inducted into the USA Track & Field (USATF) Hall of Fame in 2017.

He is survived by his wife of 65 years, June, and five children: Mike, Kathryn, Betty, Linda and Patty.

A memorial service will take place Monday, July 16 at 11 a.m., at St. Mark the Evangelist, 467 Quaker Lane South, West Hartford, CT. A reception will follow at the church hall.