The students will continue the College’s mission of service and social justice.

Burns has been accepted into Lasallian Volunteers. A native of Schenectady, N.Y., Burns graduated on May 19 with a bachelor’s degree in communication. She was a staff writer on the Quadrangle and served on the boards of the College’s chapter of the Public Relations Student Society of America and Manhattan Magazine.

Hoey will join the Jesuit Volunteer Corps in Cleveland, Ohio this summer after graduating with a bachelor’s degree in electrical engineering. At the College’s Spring Honors Convocation, he received the College’s Joseph J. Gunn Alumni Medal for service and leadership to the College. Hailing from Las Vegas, Hoey was extremely active during his time as an undergraduate, serving as an orientation leader, Arches resident assistant, head delegate for Model UN and a retreat leader for different student-led programs throughout the year.

O’Connell will also join the Jesuit Volunteer Corps, and will head to New Orleans this summer. A native of Pearl River, N.Y., she graduated with a bachelor’s degree in civil engineering. O’Connell held a work-study position in the Office of Campus Ministry during her time as an undergraduate and was a member of the Gaelic Society, Green Club, Society of Women Engineers, American Society of Civil Engineers, Engineers Without Borders and the Mechanical Women Engineers Group.

Lockhart will join City Year this summer after earning her bachelor’s degree in psychology. A Yonkers, N.Y. native, Lockhart worked in the Office of Public Safety for three years and interned as a speech pathologist during her senior year. Lockhart has also volunteered with City Harvest and at the New York Student Aid Alliance Advocacy Day.

Schmidt will serve with the Brothers of the Christian Schools at St. Vincent Strambi Catholic High School in Bull Savannah, Jamaica. Hailing from Smithtown, N.Y., Schmidt graduated with a bachelor's degree in international studies. She was a member of the College's Model UN team, a resident assistant and part of the Green Dot Committee. 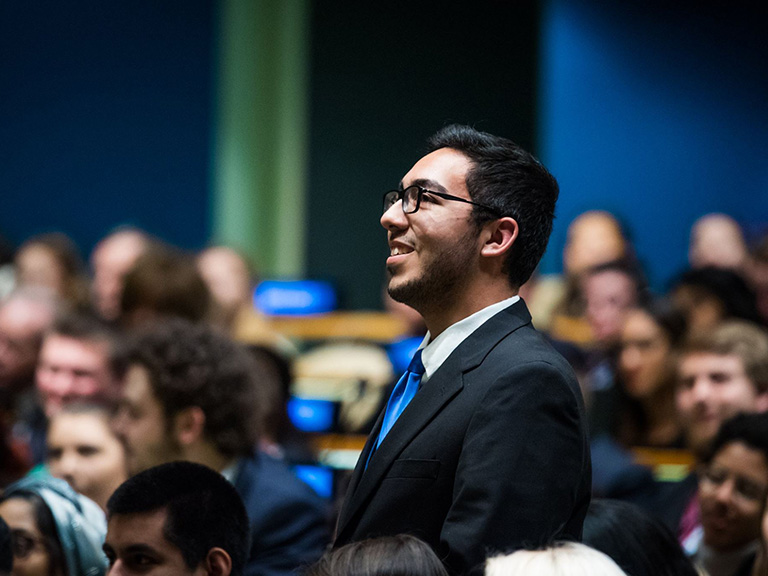