Bringing Sustainable Change to the Bronx

Manhattan College hosts a forum on creating green jobs in its home borough. 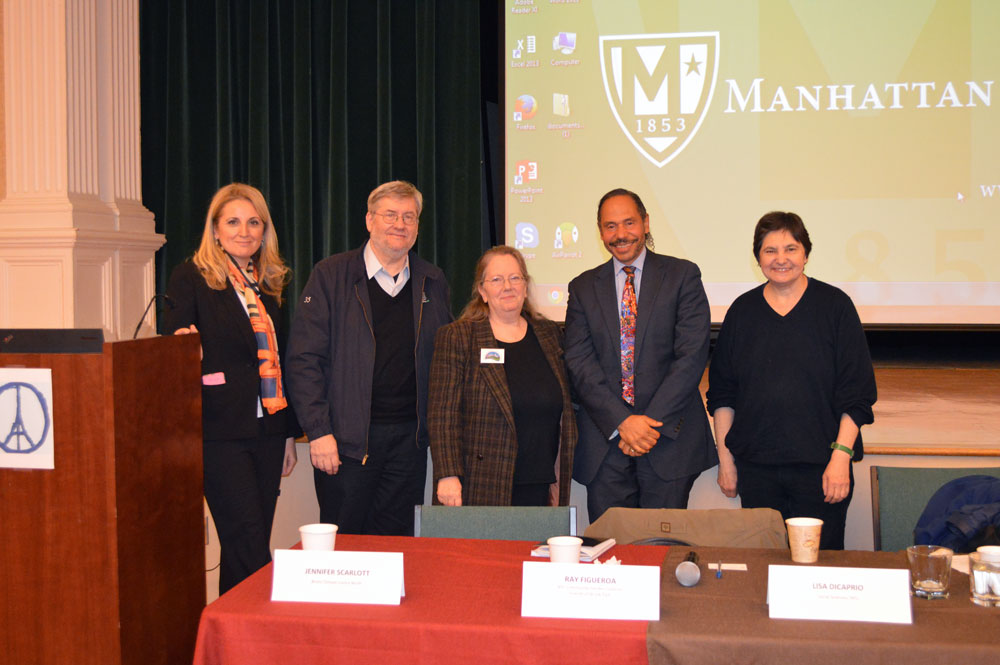 Manhattan College, in conjunction with a number of city partners, is leading the charge for a cleaner, greener Bronx.

More than 80 local community members, students and supporters attended “Made in the Bronx: Green Buildings, Green Jobs,” this month to learn how borough residents can take action. The forum was co-hosted by Manhattan College’s Center for Urban Resilience and Environmental Sustainability (CURES) and Bronx Climate Justice North (BCJN), a grassroots climate justice alliance.

“Among the five boroughs, the Bronx is the most underserved,” says Hangun-Balkir. “There are many people with asthma who lack income and resources. They’re not getting enough information about creating green jobs or installing solar panels.”

According to the U.S. Green Building Council, buildings account for 73% of U.S. electricity consumption. In areas with high population density, like the Bronx, these heat-trapping greenhouse gas emissions contribute to poor air quality and illness. Organizations like BCJN want to move completely away from fossil fuel usage and to a renewable energy economy in the coming decades.

Also at the forum was art history student Laureta Ismailaj ’17, who exhibited original artwork with an environmental theme and message.

“There were a great mix of people there,” Hangun-Balkir adds. “It doesn’t matter what your major is — everyone should be involved in environmental issues.”

With the launch of CURES and an urban rooftop garden in 2012, the College continues to maximize its sustainability efforts. Now, students who are interested in the green movement can join the Environmental Issues and Sustainability common interest community to live and work with likeminded individuals.

One of the College’s largest green projects came to fruition in 2014 with the opening of the Raymond W. Kelly ’63 Student Commons, which was awarded LEED (Leadership in Energy and Environmental Design) gold certification by the U.S. Green Building Council, and is the College’s first LEED building on campus. It’s also the largest LEED gold certified non-residential higher education building among 15 gold-certified LEED projects in the Bronx.

“It is vital, especially for my generation and those to come, to focus on climate change and sustainability because we are going to experience the repercussions of environmental neglect in our lifetime,” says Mike Battista ’17, an urban studies major and environmental science minor. “As a Lasallian, my respect for human dignity, emphasis on ethical conduct, and social justice influence is why I hold environmentalism close to me.”