Rostislav Konoplich, Ph.D. travels to and from Geneva to collect data from the Large Hadron Collider as part of the team working on the Higgs boson discovery.

Last July, a throng of particle physicists assembled inside an auditorium in Geneva, where their leaders made a breathtaking announcement: after years of painstaking experimentation, the physicists had discovered what was almost certain to be the Higgs boson, an elusive subatomic particle that accounts for the creation of mass, essentially allowing human life to exist. Days after the announcement, Forbes christened it “the biggest scientific discovery of the 21st century.”

One of the people standing in the auditorium that morning was Rostislav Konoplich, Ph.D., associate professor of physics and a member of an organization called ATLAS, one of the two international teams that collaborated to pinpoint the Higgs boson, dubbed the “God particle.”

From Manhattan to Geneva

In addition to his role at Manhattan College, where he teaches courses on subjects such as advanced theoretical physics and quantum mechanics, Konoplich travels to Geneva each summer to work with the Large Hadron Collider (LHC), a 17-mile subterranean tunnel in which the Higgs boson was discovered. Burrowed beneath a sprawling research facility called the European Organization for Nuclear Research, or CERN, the $10 billion raceway fires supercharged proton beams that smash together, creating the molecular fairy dust that makes up mankind.

“The Higgs boson is a once-in-a-lifespan discovery. Some equate it with landing on the moon,” says Konoplich, who left his native Russia in 2000 to work on the Higgs project with the New York University Experimental Particle Physics Group before joining Manhattan College as an adjunct professor in 2001. Recruited by ATLAS in 2006, Konoplich is one of 6,000 scientists from 60 countries across the globe who helped discover the Higgs particle.

The Higgs boson is a once-in-a-lifespan discovery. Some equate it with landing on the moon.

To understand how the Large Hadron Collider functions, think of a circular subway tunnel carrying two runaway trains hurtling at breakneck speed that crash together to cause a sensationally messy explosion. The LHC’s proton beams, colliding several million times per second, move at nearly the speed of light, resulting in an underground fireworks show of exploding debris. Each puff of debris disintegrates into thin air in just a fraction of a second, but that’s still enough time for the LHC’s gigantic sensors to detect and measure the tiny particles emanating from the combustions. One of those particles, as we now almost assuredly know, is the miraculous Higgs.

When he travels to Geneva, Konoplich checks into a command center the size of a basketball court perched above the LHC. The room is crammed with science workstations, with a wall-to-wall monitor tracking the proton collisions in real time. (Think NASA’s control room.) There, Konoplich works the graveyard shift — 11 p.m. to 7 a.m. — monitoring the collision graphs while gulping down cups of coffee.

If the LHC’s laser beams are functioning properly, the room remains calm. But if they suddenly fail to produce an explosion, a shrieking siren goes off, and Konoplich and his colleagues go into panic mode. When the data-processing system malfunctions, Konoplich has successfully lobbied to shut down the entire ATLAS detector. “The pressure can get pretty intense,” he concedes.

At Manhattan, Konoplich continues his ATLAS work, monitoring the collisions remotely and analyzing various properties, such as the masses and spins of the exploding particles. He’s teamed up with several students during the past few years to further the research, which has resulted in an academic paper. In his lab, using sophisticated computer software, several students have simulated and measured proton crashes that differ ever so slightly from the LHC collisions. These experiments have helped ensure that the particle discovered at CERN is truly the Higgs boson, and not a Higgs-like imposter.

“Dr. Konoplich is such a great guy, and super smart — I ask him a question, and he can talk about it for half an hour,” says physics major Andrew Baumgartner ’15, who plans to enroll in graduate school and launch a career in particle physics. “CERN is the world leader in particle and nuclear physics, so that’s my pipe dream. Hopefully having this good research as an undergraduate will help. It’s all for the experience, and a little bit of fun.”

“Defining the Destiny of the Universe”

So why is this subatomic particle so important? “Because it defines the destiny of the universe,” Konoplich says.

The particle, he explains, is the manifestation of the world’s invisible force field, allowing everything else inside it to acquire mass. That mass, in turn, is responsible for every physical thing in existence, from a spec of dust to buildings, people and planets.

But perhaps the easiest way to explain it is with a joke that’s popular among the Catholic scientist set.

“So the Higgs boson walks into a church,” says Konoplich. “And the priest meets it at the door and says, ‘I’m sorry, but hypothetical particles are not welcome here.’ To which the Higgs boson replies, ‘But you can’t have mass without me.’”

Pictured Above: The Large Hadron Collider, a 17-mile subterranean tunnel that enabled the discovery of the Higgs boson. (photo courtesy of Maximilien Brice, CERN) 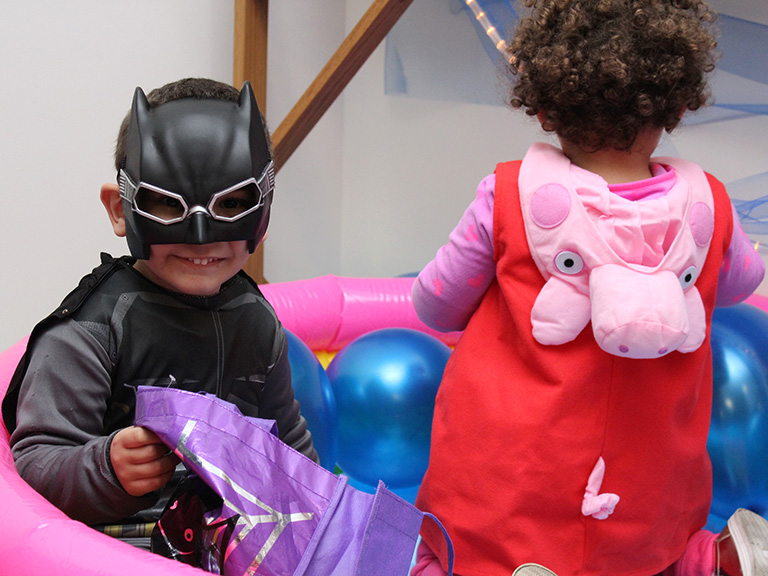 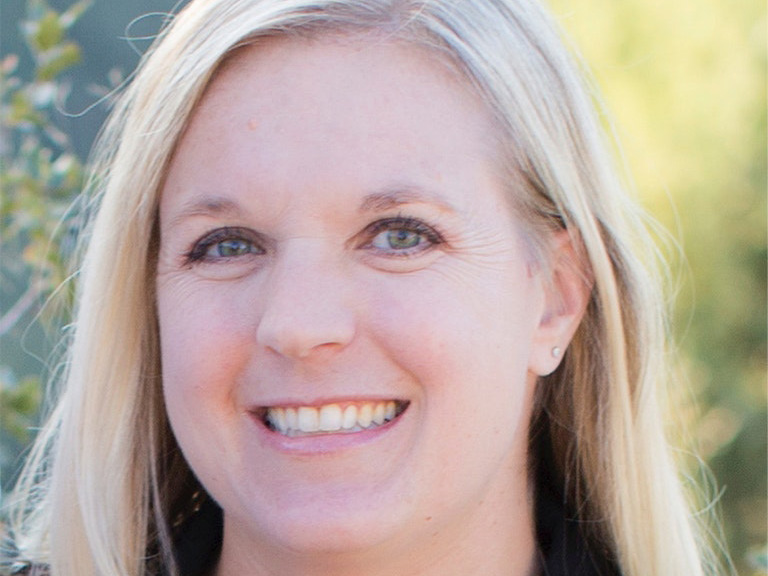