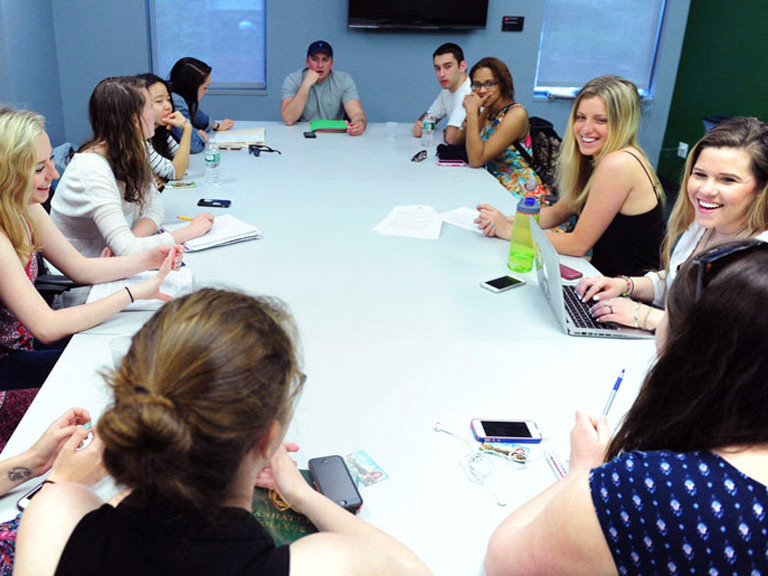 Student Government members play an active role in campus life, from planning events to advocating for the student body on issues that affect the College community at large. You can run for an elected position or join a committee.

Class Representatives: This group represents the needs of their classmates. They plan the Spring Fling, a dinner-dance cruise around Manhattan, the annual Jasper Jingle winter dance, and other senior festivities. This group also works together with the Social Life Commission on other goings-on that occur throughout the year.

The executive committee members are the everyday officers of Student Government, carrying out the will of the assembly. They are also full voting members (with the exception of the president) of the assembly.

Student Court: The student body president appoints the justices, who preside over cases referred to it by the dean of students or his designee. These consist of residence hall write-ups, parking tickets, disciplinary incidents and complaints from students. There are six justices and one chief justice.

The Assembly: The assembly members are the lawmakers. They draft and pass legislation, set and allocate the Student Engagement fees, and approve and oversee clubs and organizations. The Assembly deliberates on all matters involving students.

Social Life Commission: This commission plans Springfest, Manhattan Madness, Broadway shows, sporting events, concerts, adventure trips and other social activities. Anyone can join this commission by making a request to the vice president for social life.

Commuter Student Association: This group represents commuters and related issues, most notably parking problems, as well as lounge and locker issues. They also organize commuter barbecues, stress-free zones and other commuter-geared events. Anyone interested can contact the vice president for commuter affairs.

Student Government elections are held each spring. There is also a special election a few weeks into the fall semester to vote in the freshman class representatives. Contact Student Government at studentgov@manhattan.edu for information about how to run for a position or join a committee.