Get the latest information for the Manhattan College community: One Manhattan: Return to Campus website |  Higher Education Emergency Relief Fund (HEERF)
Skip to the side menu

ASME hosted the annual Jeopardy event that puts students and professors head to head in a friendly competition. The event contained two rounds of jeopardy with five categories each round. The subjects ranged from basic engineering knowledge of fluids and thermodynamics to Marvel movies to pop culture trivia! 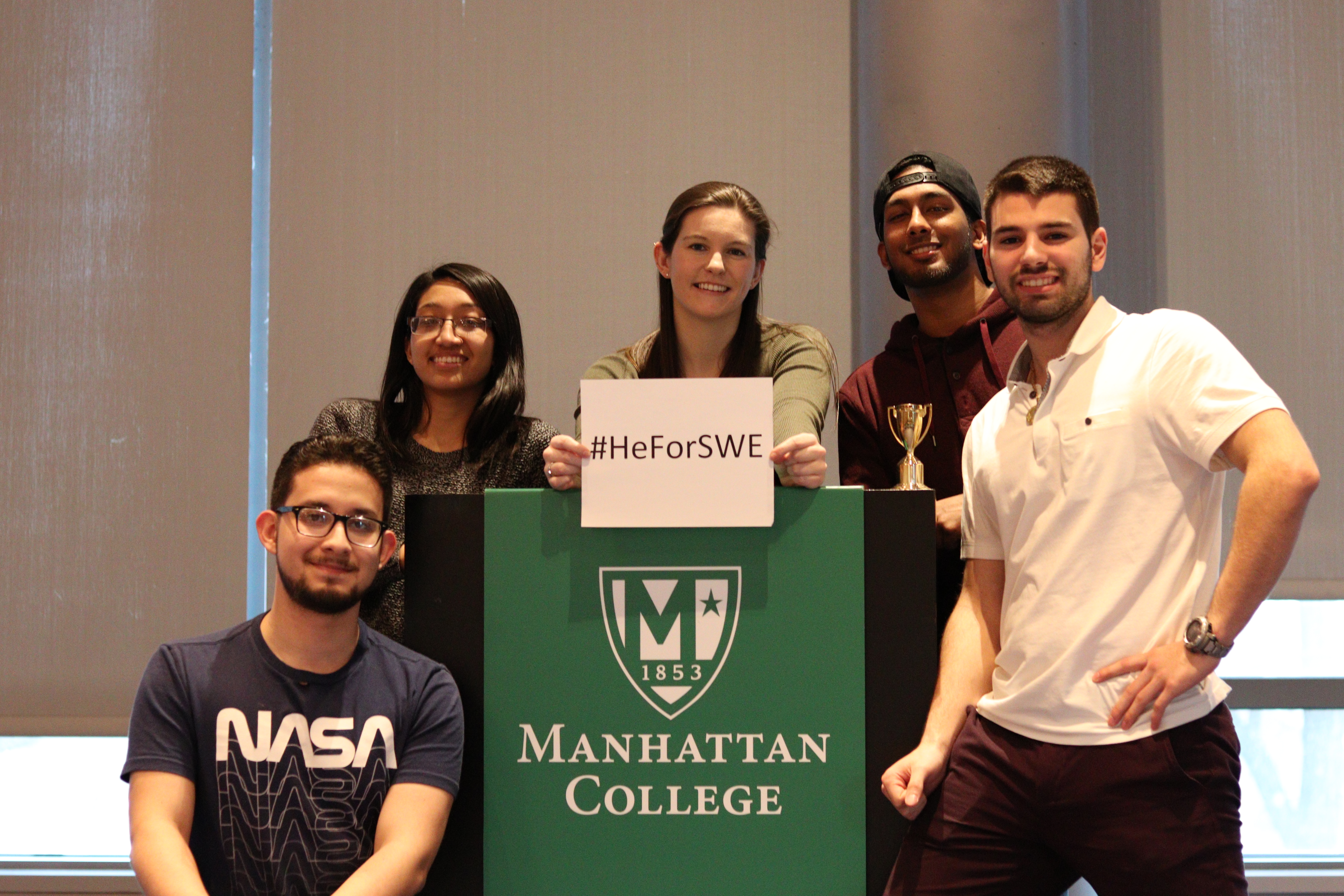 Dr. Goushcha and recently retired Dr. Prichard were the two professors from the mechanical engineering department in attendance. They competed on teams alongside their students. Cupcakes and hot food were served to everyone who attended. The event was very successful and entertaining, testing the knowledge of both the students and professors. Special thank you to student photographer Joseph Marasigan. ASME looks forward to hosting it again next year!