As the Vatican considers Dorothy Day for sainthood, Manhattan College hosted a retreat and planning day for the Dorothy Day Guild on Friday, June 24. 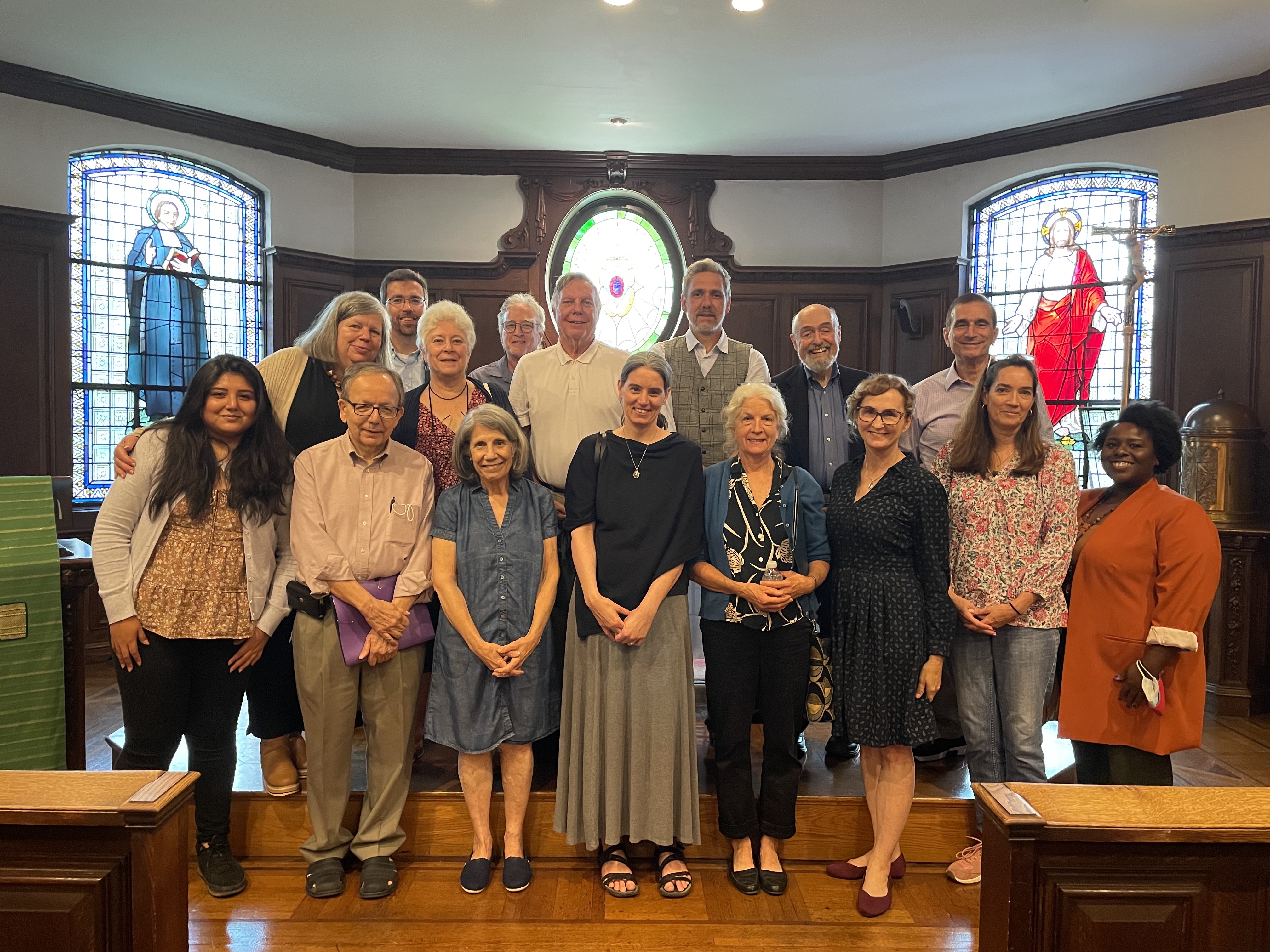 The Dorothy Day Guild is the official association working for the canonization of Day (1897-1980), a peace activist, journalist, and the co-founder of the Catholic Worker movement. Day is currently titled a “Servant of God” within the Catholic Church, indicating the first step in the process to sainthood.

The group noted important developments in the effort to recognize Dorothy Day as a saint. After years of work, more than 50,000 pages of documents were compiled and sent to Rome earlier this year for the next stage of the canonization process. With the project entering a new stage in Rome, the Guild will continue to spread the word about Day’s life and to collect any reports of miracles.

Participants included scholars, officials from the Archdiocese of New York, members of the Catholic Worker movement from several states, College alumnus Mark Colville, and people who worked closely with Day during her lifetime, including one of her granddaughters Martha Hennesy. Kevin Ahern, Ph.D., an associate professor of religious studies and a member of the Guild Advisory Committee, hosted the group and facilitated one of the workshops.

“I am thrilled to see the college deepen our partnership with the Dorothy Day Guild,” Ahern said. “Every semester I try to bring Dorothy Day into my courses and this always has a transformative impact on the students. Some of our students have also had the unique opportunity to work directly with the Guild. I know of no other college where students have been able to be so involved in a canonization process. Developing this exciting partnership, I believe, can help deepen the college’s Catholic identity and commitment to peace and social justice.”

Br. Daniel Gardner, FSC, interim president, was present to welcome the group to the College.

Meeting in Memorial Hall, the committee took stock of what the Guild has accomplished since its foundation and what remains to be done in the coming years. Committee members expressed hopes to deepen the Guild’s partnership with Manhattan College.

The retreat day concluded with a Mass celebrated by the college chaplain, Fr. Thomas Franks, OFM Cap, in the Chapel of the Holy Infancy. After Mass, Fr. Franks pointed out anetching of Jean-Baptiste de La Salle by Fritz Eichenberg, an artist closely associated with the Catholic Worker, that was recently donated to the college.

Manhattan College, particularly its innovative Peace and Justice Studies program, has a long history of engagement with Dorothy Day and the Catholic Worker movement. Day visited the campus on a number of occasions and several faculty, including Joseph Fahey, Julie Leininger Pycior and Kevin Ahern have written about her life.

Since 2015, Manhattan College has hosted an annual Dorothy Day lecture and has sponsored summer research for students to study the work and legacy of this “saint for our time.”

For more information on the Dorothy Day Guild, visit: http://dorothydayguild.org/

The field of religious studies explores religious beliefs, behaviors and institutions across cultures. It is a journey through the liberal arts that combines the study of philosophy, literature, history, sociology and fine arts.
Learn more