A grant from the foundation supports the criminal justice education initiative. 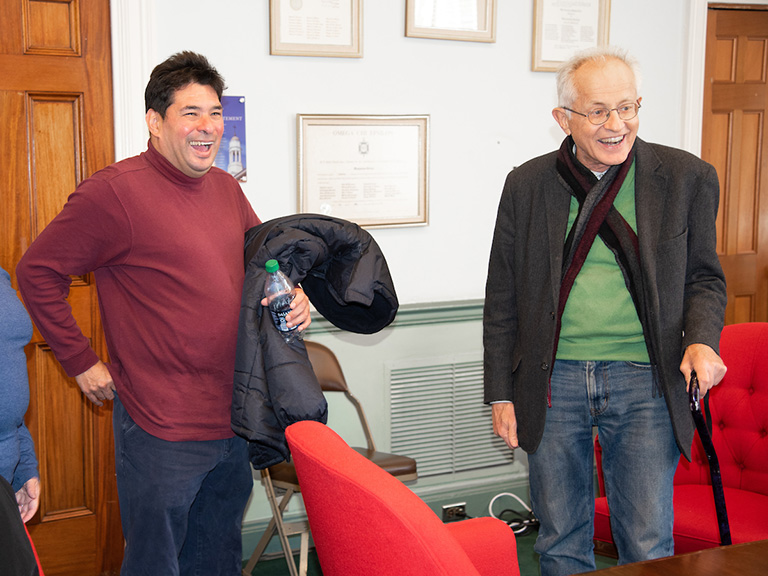 The Sloan Foundation funded E3MC as part of its New York City Program, created to support New York City-based projects that advance the Foundation’s mission to support research and education in science, technology, engineering, mathematics and economics. The grant has allowed Manhattan College to hire a part-time social worker to work with the E3MC program, conducting program research and serving as a resource for current E3MC students.

“We are proud to support this important economic initiative that provides offenders with a realistic transition to civilian life through a college-level education, financial scholarship and mentorship,” said Paula Olsiewski, Program Director for the Alfred P. Sloan Foundation.

The E3MC program encourages transformative learning for both student groups through a weekly course for a semester. The goals are for the outside students to learn about criminal justice and social concerns, and for the inside students to realize their potential to succeed in college.

One hundred and sixty colleges and universities in seven countries, including institutions in 34 states and the District of Columbia in the United States, have adopted similar programs to provide a postsecondary education to the incarcerated.

“To me this was much more than a religion course; it was an opportunity to learn and experience the reality of the criminal justice system, firsthand, from people within it,” said Maya Tirone-Goehring ’22. “I wanted to take the knowledge and experiences I gained and share it with my peers, so they’ll also understand the injustices and many complexities the criminal justice system unfortunately possesses.”

Schubert Coll is a former inmate who was part of the E3MC program while incarcerated at Rikers Island. After being released from Rikers Island, Coll lived in a shelter in the Bronx, then worked as a dispatcher in Brooklyn and took two additional classes at Manhattan College.

Now 51, married, and living and working in California, Coll credits the progress he’s made in his life to Skotnicki and the E3MC program.

“What I enjoyed most about it was they gave us the opportunity to succeed,” Coll explained. “That’s why that class was so impactful to me. It put the drive in me to be a better human being.”

The E3MC program has run for 15 semesters at various jails on Rikers Island. The program recently expanded to the Westchester County Jail.

Every student at Manhattan College, regardless of major, is introduced to the department through The Nature and Experience of Religion, a course that examines religion as a human phenomenon and ties it into contemporary culture, touching on issues of death, marriage, sexuality, peace and social justice, science and society, and urban problems.