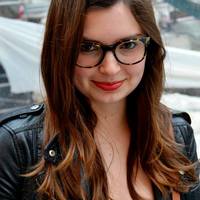 Margaret Scull, Ph.D., an Irish Research Council postdoctoral fellow at the Moore Institute in NUI Galway, will speak about politics and religion in the context of contemporary Northern Ireland on Thursday, November 21, from 4:30 p.m. to 6:30 p.m. in the O’Malley Library, room 100.

Before joining the Moore Institute, she was a teaching fellow in modern British and Irish history at King’s College London.

In 2016, she co-organized the Rethinking the 1980/81 Hunger Strikes Project with Alison Garden, Ph.D., which examined the legacy of the strikes for British and Irish politics and culture. To mark the 20th anniversary of the Belfast/Good Friday Agreement, in 2018 she co-organized the Agreement 20 project, a two-day symposium at the Irish World Heritage Centre in Manchester, England.

To deepen her research in Northern Irish history, Scull is currently working on a project entitled Death Be Not Proud: Funerals as Protest during the Northern Ireland ‘Troubles’.

Scull received her B.A. in European History with a minor in Women, Gender and Sexuality studies from Boston University in 2011. She completed an M.A. in Modern History from King's College London in 2013, receiving a distinction for her thesis on the Catholic Church and the 1980/81 hunger strikes. In 2017, she earned her Ph.D. from King’s College London.

The event is sponsored by the Peace and Justice Studies program, Religion Matters, the Center for Ethics and the departments of Political Science, History, Catholic Studies and International Studies.

As Lasallians, we work for social change and show respect to all people, especially the poor, the underprivileged, and those without a voice.

Learn about ways to get involved