What do you call a hoofed mammal that resembled a camel with a trunk, weighed roughly 100 pounds and lived 13 million years ago in South America?

Llullataruca shockeyi, an extinct species that existed during the Miocene era, is unique for many reasons, and one in particular – it has been named for Bruce Shockey, Ph.D., associate professor of biology at Manhattan College. 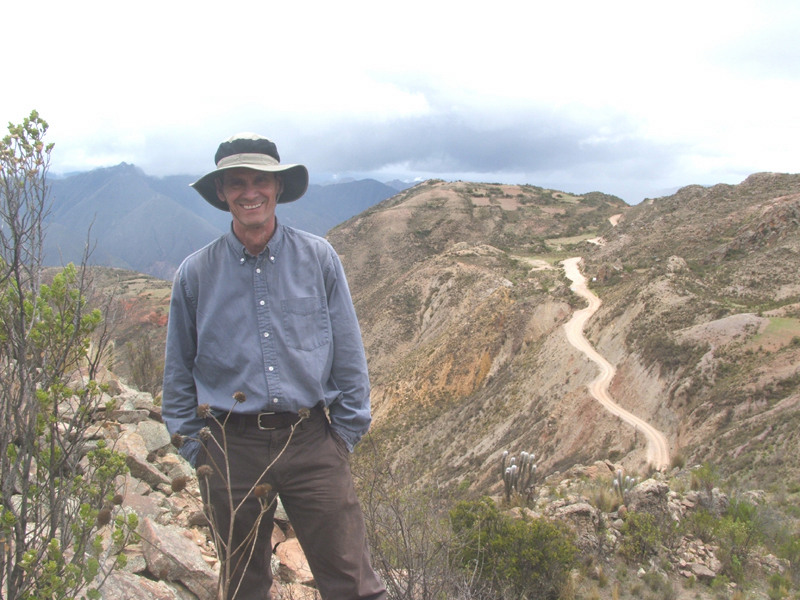 An American-Bolivian team of paleontologists found the remains of this particular mammal in the Andes Mountains, located in southern Bolivia. According to a paper published recently in the Journal of Vertebrate Paleontology, L. shockeyi is among the first characterized in the macraucheniid family of South American ungulates (hoofed mammals). Authors named the new species after Shockey “for his tireless efforts to improve knowledge of Cenozoic mammals of Bolivia.” (McGrath et al.)

Fossil mammals of South America occupy Shockey’s research interests, which has taken him into Andean caves, Amazonian jungles, and coastal deserts of Peru throughout the past two decades.  Currently, his focus is a 25 million-year-old fossil fauna (i.e. animals belonging to a specific region or geological period), in the high Andes of northern Bolivia.  This fauna, known as Salla, contains more than 50 species of mammals, 12 of which Shockey has described, named and studied for their functional anatomy, often with his Bolivian colleague Federico Anaya.

“The joys derived from those paleontological studies include the pleasure that one receives by putting together puzzles,” says Shockey, whose discoveries in paleontology also work in tandem with his role as teacher in the School of Science.

His fieldwork has helped guide lessons in courses such as Evolution (BIOL 231), Comparative Chordate Anatomy (BIOL 301) and Anatomy and Physiology (BIOL 208).

“For me, it’s all good fun. My goal as a teacher is to share the information, and the fun,” he says.

When he isn’t digging for fossils in South America or lecturing at Manhattan, Shockey serves as a curatorial affiliate of the Yale Peabody Museum of Natural History and as a research associate at the American Museum of Natural History. In the future, Shockey’s plans are two-fold: he hopes to solve more paleontological puzzles and continue unearthing student potential at Manhattan College.

Learn More About Our Science Programs

The School of Science offers challenging majors in natural science, technology and math.

Explore the School of Science