Matthew Billings carries on the Lasallian mission through running. 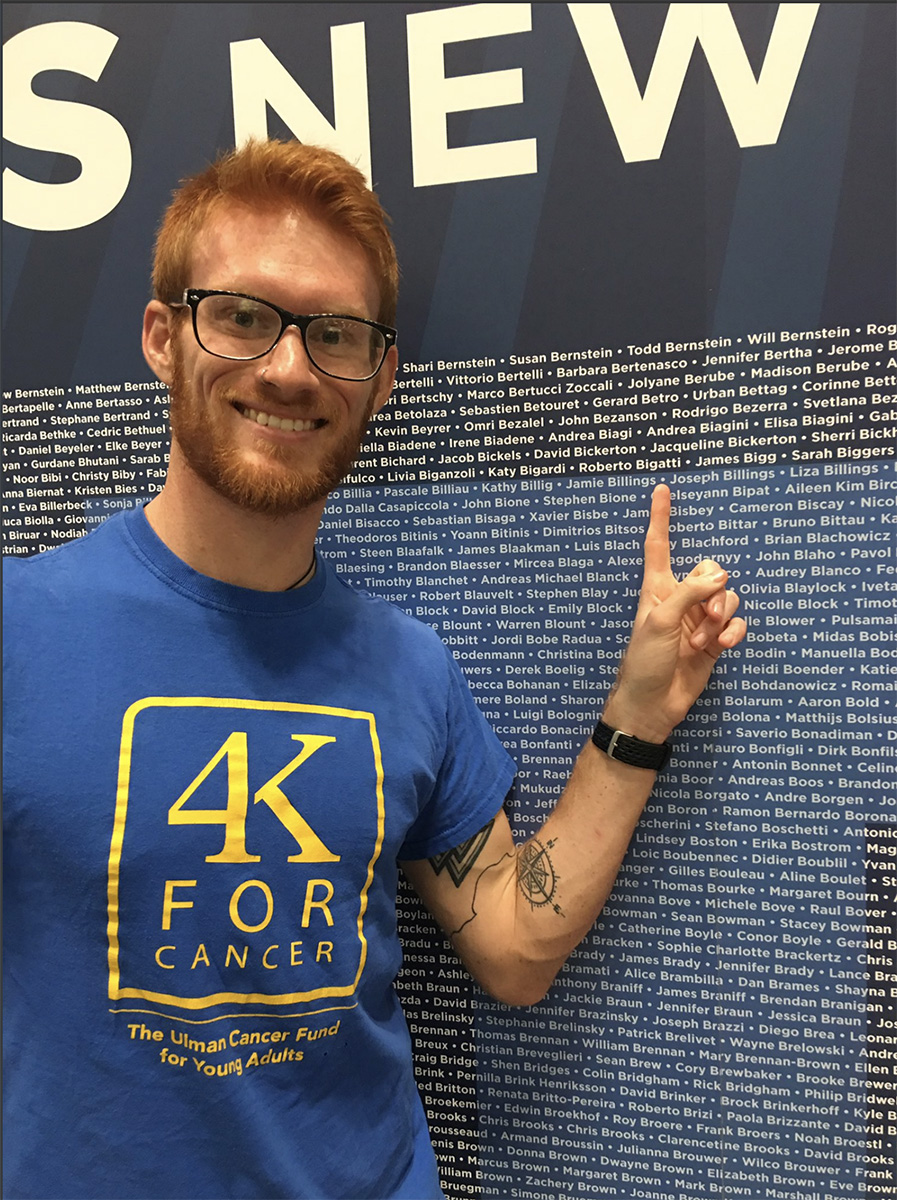 This summer, Matthew Billings ’20 (M.S.) ran 4,000 miles from San Francisco to New York to raise awareness and funds for the Ulman Cancer Fund for Young Adults. Sunday’s 26.2-mile TCS New York City marathon must have seemed like a relative breeze compared to that.

“To have the chance to run across the five boroughs was an amazing experience,” Billings said. “[During] the last six miles, I was experiencing severe dehydration and cramps that forced me to slow my pace dramatically. It was the crowd that helped me get to the finish. New York was not my first home but after this race, I feel like I can finally call it my home now.”

A former cross country runner at Munford High School and Christian Brothers University in Tennessee, Billings earned his bachelor’s degree in 2014, then joined Lasallian Volunteers. His first job was teaching math at La Salle Academy on the east side of Manhattan. While teaching at La Salle Academy, Billings also coached track and cross country. One of his runners began experiencing pain in one of his legs and was eventually diagnosed with a form of bone cancer.

Billings soon found out about the Ulman Cancer Fund for Young Adults, which sponsored the 4,000-mile run he completed with a group of 20 other 20-somethings during seven weeks last summer. The group averaged 20 miles per day during the trip and spent one out of every 10 days visiting cancer centers, schools and hospitals throughout the country.

“The [Lasallian] aspect of concern for the poor and social justice is what contributed a lot to that run,” Billings said. “I know how much cancer can affect people. Cancer doesn't choose to affect the poor or the rich, to a certain ethnic group or not. Cancer has the ability to affect everyone in some way. I wanted to help give back to those communities along our route that have been affected, to give them a sense of hope.”

Billings is currently working toward a degree in civil engineering at Manhattan College, while serving as a graduate assistant in the Office of Residence Life. Upon receiving his master’s degree, he hopes to teach engineering at a college or university.