From Manhattan to Marketing Maven

Earning a bachelor’s degree in electrical engineering proved an unlikely path to brand building for one College alumnus who partnered with two former classmates to build a premier business-consulting group in New York City.

Jey Van-Sharp ’06 has mastered the art of blending in. 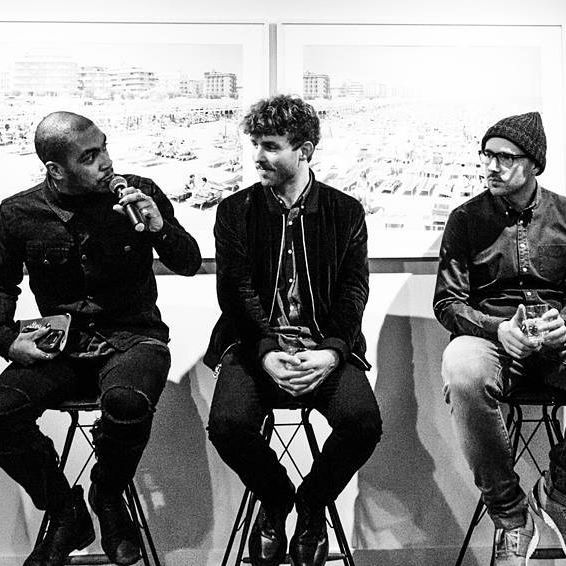 These days, his strategy for flying under the radar consists of wearing mostly all black and deliberately keeping the website of his business consultancy and creative agency, MyÜberLife Consulting Group, bereft of any details related to which celebrities and notable brands have retained its services. When darkness falls, he and his cohort of marketing gurus – which includes marketing alum Kwasi Gyasi ’04, and Winston Peters ‘02, who majored in civil engineering at Manhattan – sleuth New York City’s nightlife arena for what its hippest inhabitants are wearing, eating, drinking and listening to. These “cultural insights” are then reported back to clients, as a tool to better reach their target audience.

But in the early to mid-2000s, long before his team found its niche in the influencer marketing realm, and became the subject of a sprawling Entrepreneur magazine article in January that mentions MyÜberLife's various business endeavors with Pepsi, UNIQLO, and other top companies, the College alumnus was keeping a different type of low profile.

Van-Sharp got his start as a student at Manhattan College, where he was covertly administering what he describes as an internal “case study” of his classmates. Covertly, he was observing the nuances of their personalities, which, on the northwest Bronx campus, were impacted by an array of ethnic influences. Van-Sharp himself is Venezuelan, and migrated to the U.S. as a teenager.

“I’d be hanging out with the Latino kids, the Italian-American and Irish kids, everybody. On the Quad, I could be both the inner city kid and the suburban kid. I could be the intellectual, as well as the bureaucrat and the broker,” remembers Van-Sharp, who, a decade later, is the founder and principal of MyÜberLife, a company that, less than a decade old, is headquartered in Manhattan’s Flatiron District.

Service with a Strategy

In the range of services Van-Sharp and his team provide to clients, which includes up-and-coming fashion designers, startups, and more, their focus is to assess culture as a means of helping brands best market their products and services. Instead of analyzing consumer-driven data (i.e. search results and other online behavior) to detect trends, they immerse themselves in the spheres their clients hope to penetrate.

If the group is under contract with an international beverage distributor, for example, MyÜberLife might take inventory of which soft drinks New York City’s elite are consuming at an art gallery opening, warehouse party, or a highly anticipated product launch party.

Assisting in these services are business lawyers, graphic artists, public relations and market research professionals, and digital marketers, to name a few.

Though the mission of MyÜberLife might seem irrelevant to Van Sharp’s electrical engineering degree, a major he chose to pursue because he thought it would teach him the skills to manufacture his own amphitheaters (at the time, he was performing gigs throughout the city as an underground DJ), that’s hardly the case.

Studying mathematics and science in Manhattan’s renowned School of Engineering taught him valuable problem-solving skills that have been instrumental to his success thus far.

“Manhattan taught me how to learn. It was really what came before everything else,” said Van-Sharp, whose first job after graduation was as an engineer helping wire the Second Avenue Subway, a project that was still in its infancy at the time. He considers that and other experiences made possible through a Manhattan education to be invaluable.

In the coming months and years, Van-Sharp will continue doing what he does best: actively participating in New York City’s ever-changing arenas of fashion, art, music and media, using the knowledge and cultural awareness he began developing as a College student. On any given evening, he’s just as likely to be dining with a top-level executive at Getty Images, as he would be checking out a New York Fashion Week runway show for Telfar, an up-and-coming menswear designer he expects will soon be a household name. He’s noticing, absorbing, and looking toward the future, but with his Manhattan College roots firmly intact.

“There are two kinds of people in this world,” he says. “The kind who are simply educated, and those who are always learning.” 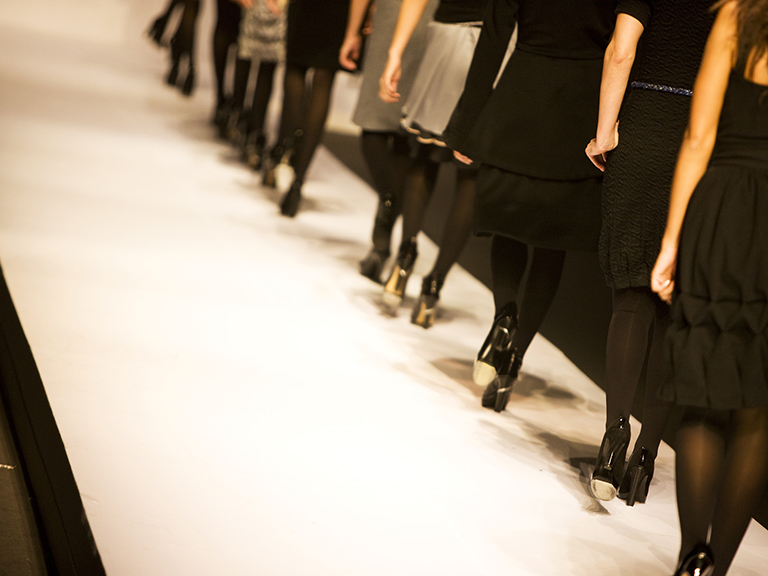