On his Facebook profile, River Castelonia ‘17 describes his interests offhandedly.

“I like to build things,” he writes in the section next to a highly populated newsfeed of updates on his burgeoning company — a nonprofit that designs 3D-printed prosthetic limbs for disabled veterans.

Given the focus of this mechanical engineering major’s schoolwork and extracurricular activities, that’s a pretty accurate summation. Castelonia is the co-founder and chief designer for Havenlabs, whose mission is directly in line with the College’s commitment to the armed forces. In U.S. News & World Report’s America’s Best Colleges 2017, Manhattan was rated the eighth best school for veterans out of 52 regional universities in the North. A year earlier, Manhattan ranked 13th in this category.

Earlier this summer, Havenlabs celebrated the release of its Utility Gauntlet, a prosthetic for upper limb amputees. The company website advertises the piece as being lightweight, easily manufactured with a 3D printer, and instrumental in improving the wearer’s overall quality of life. As of September, the product’s blueprint had been downloaded more than 150 times by people all over the world. Castelonia has also begun talks with the VALOR club, the College’s student veteran club, to benefit from its recent partnership with the VA Medical Center New York. Ideally, this will assist in matching Havenlabs prosthetics with veterans who need them. 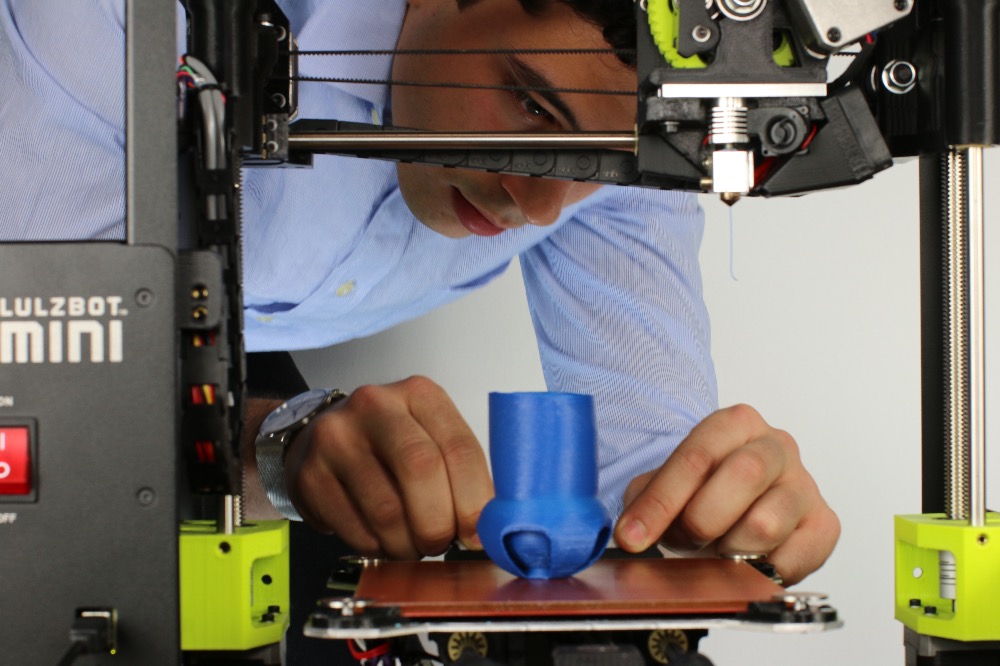 Currently, engineering students from the City College of New York are making adjustments to the prototype — which Havenlabs has kept open-source to solicit feedback on the design — as their senior project. Castelonia and his team have also been extremely active in promoting the product on social media, and industry bigwigs are noticing. The Havenlabs LinkedIn group includes professionals from some of the world’s leading organizations, including Oxford University and Boeing.

Although Castelonia co-founded Havenlabs last year after learning to 3D print in a Manhattan College laboratory, the inspiration to develop prosthetic limbs for veterans came from his childhood. His grandfather spent 25 years as an American Airman in the U.S. Air Force and often shared wartime memories that involved the grave injuries of his fallen comrades. When Castelonia started researching 3D printing, he discovered a way to serve similar individuals.

“With [3D printing] I thought to myself, ‘We can do some really cool and interesting things here.’ One way was to look at the medical industry, and apply the technology to building prosthetics,” he says.

From there, Castelonia saved up enough money to purchase his own 3D printer, and began creating structures from his dorm room. In January, he thought bigger. That month, Havenlabs launched a GoFundMe campaign for a higher functioning machine, and has since met its goal — raising a total of $3,350.

“I didn’t know whether [Havenlabs] was even going to take off. It’s crazy that this all started less than a year ago,” marvels Castelonia, who, during the last several months, has also been working as a product specialist intern at Tesla Motors, Inc. — one of the world’s most cutting edge technology manufacturers.

Following the release of its first prosthetic, Havenlabs is continuing to gain momentum. In July, Castelonia was a guest on the City World Radio program, Mia's World. The same month, he led a Meet the Makers talk in a series presented by Makerbot, a 3D printing manufacturer based in Brooklyn. Earlier this year, he described his mission for Havenlabs in a presentation at the first TEDxManhattanCollege conference, and in September he gave a talk in London about the company’s work. 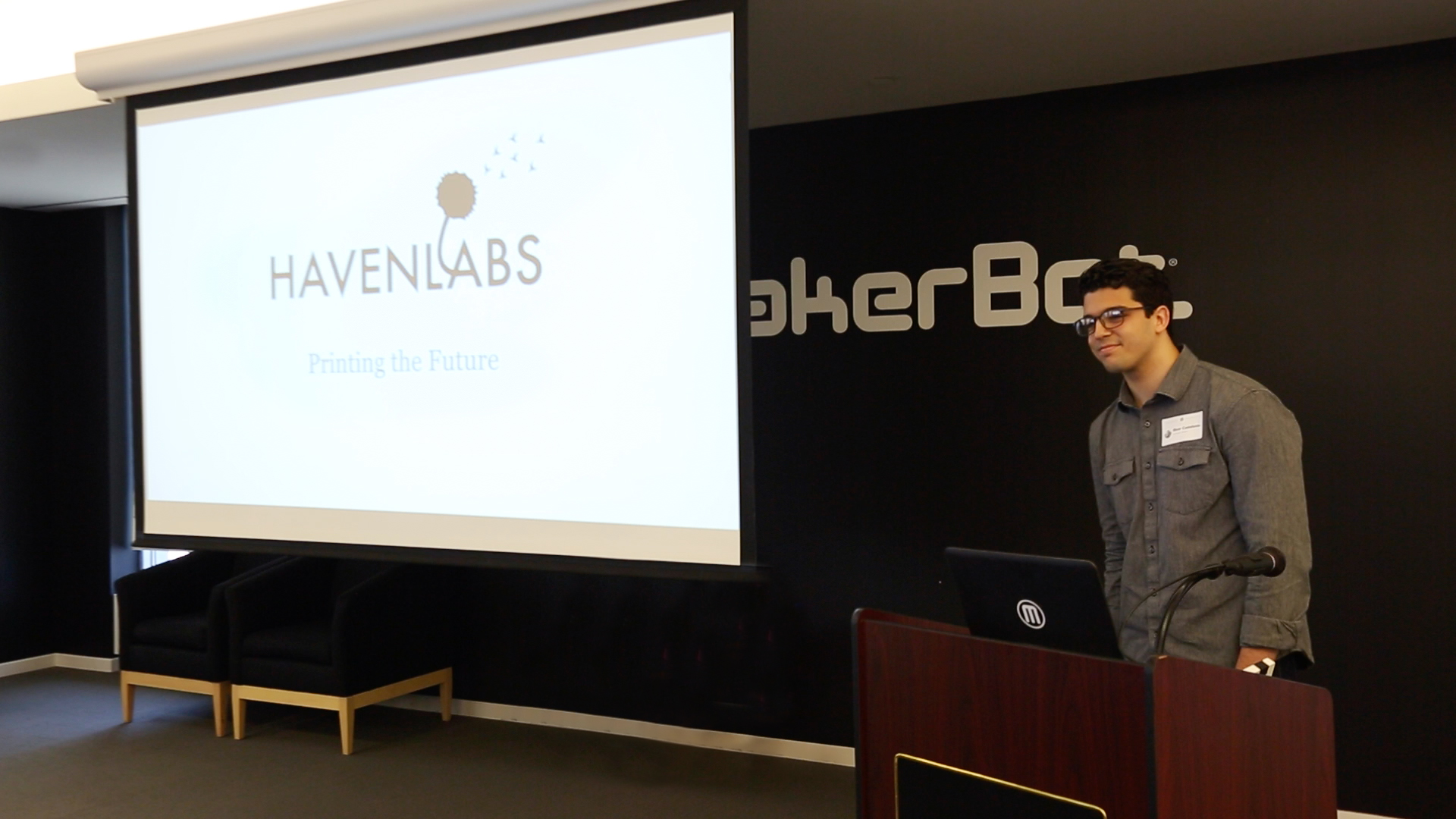 In the coming months, the College senior will divide his attention between two tasks: developing a prosthetic for lower limb amputees, and landing a job after graduation. He continues to work with Havenlabs on the side, and recently began collaborating with computer engineering major Christopher Dusovic ‘17, and electrical engineering majors Ronald Contreras '17, Zuriel Morgado '17, and Peter Kuzniewski '17, on their their senior capstone project, for which they'll develop a functioning robotic hand. Over the next two semesters, the team will create a prosthetic that's attachable to the Havenlabs Utility Gauntlet.

As the next phase of this project begins to take shape in both a figurative and literal sense, Castelonia’s postgraduate plans are still for the moment, uncertain. He will however, have no shortage of options, which makes one thing perfectly clear: the future is bright for this mechanical engineer. 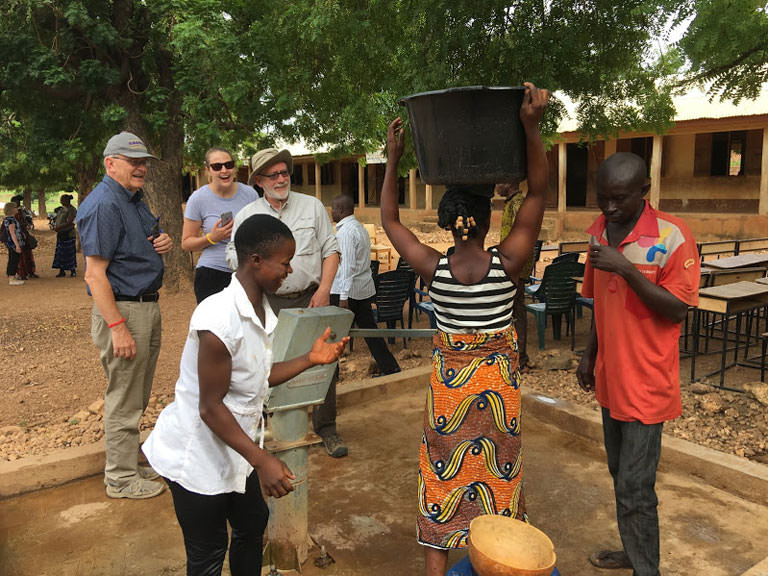