The former Jasper track and field standout won gold at the 1956 Melbourne Olympics. 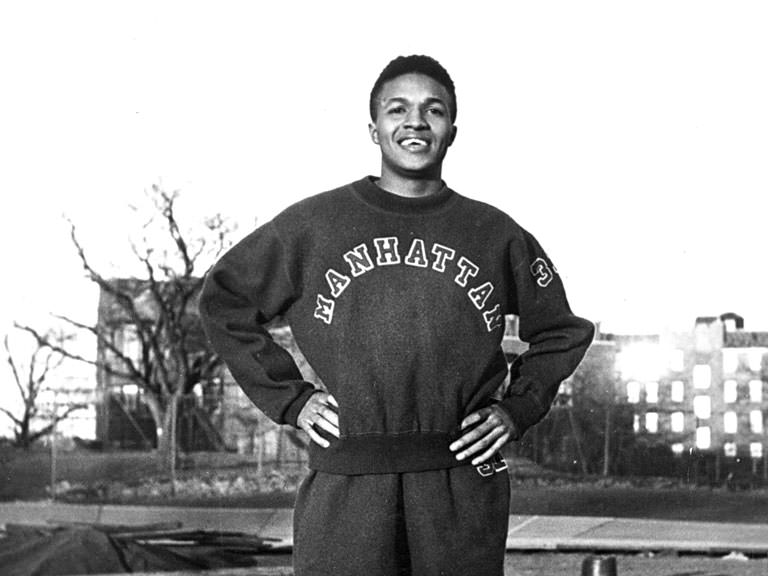 The Jasper trio continues a tradition of Manhattan College representation at the Summer Olympics that began in the 1930s. Twenty years later, the Jaspers had Olympic gold medalists in back-to-back Games.

One of the College’s all-time greats, Lindy Remigino ’53 won a pair of gold medals at the 1952 Olympic Games in Helsinki, Finland – one in the 100 meter dash and one in the 4x100 meter relay – all before his senior year in Riverdale.

In 1956, Lou Jones ’54 ran the first leg on the Americans' victorious 4x400 meter relay team at the Summer Olympics in Melbourne. A year earlier, while he was in the Army, Jones set the world record in the 400 meters, capturing the event in 45.4 seconds at the 1955 Pan American Games in Mexico City.

Jones broke his own record in June 1956 when he won the 400 meters in the Olympic trials in Los Angeles, finishing in 45.2 seconds. Although he finished fifth in the event at the Melbourne Games, he later won a gold medal when he teamed with Charlie Jenkins, Tom Courtney and Jesse Mashburn in the 4x400 relay victory.

Jones graduated from Manhattan College with a degree in business administration and received a master's degree from Teachers College of Columbia University. Before his death in 2006, he was a teacher, coach and administrator at New Rochelle High School, a dean at Manhattan College and an assistant professor at Queensborough Community College. He was formerly director of Westchester County's Equal Employment Opportunity unit.