The Manhattan College senior is active in the community while performing well in the classroom and excelling for the Jaspers' softball team. 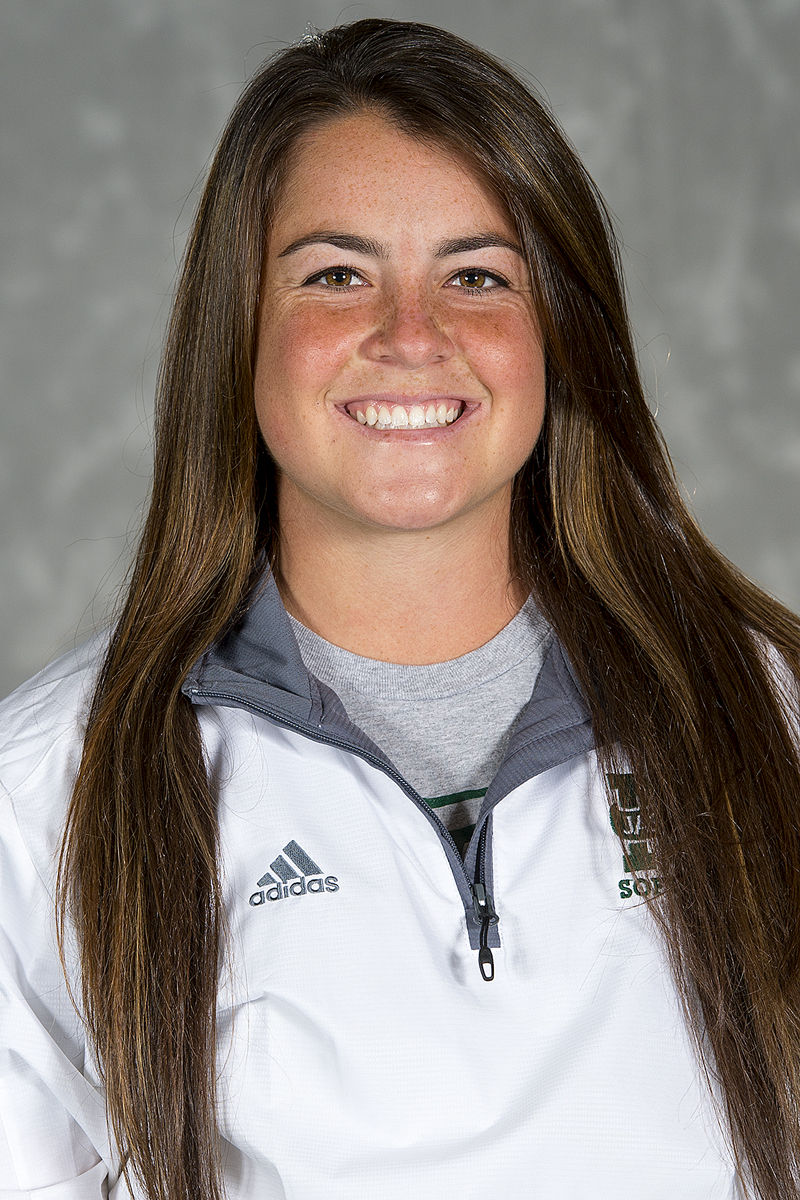 Elena Bowman '16, a member of the Manhattan College softball team, has been selected as one of 30 candidates for the 2016 Senior CLASS® Award. Bowman is a management major enrolled in the College's School of Business.

Only NCAA Division I seniors are eligible for the award, which recognizes excellence in the areas of community, classroom, character and competition. CLASS is an acronym for Celebrating Loyalty and Achievement For Staying In School®, and the award honors student-athletes who’ve made a positive impact on their communities through their participation in athletics. The Senior CLASS® Award was created in 2001 and is one of the most prestigious awards presented by the NCAA each year.

Elected as a team captain for the 2016 by her teammates, Bowman is the Jaspers’ vocal leader both on the field and off. She has never missed a game during her Manhattan career despite playing one of the most grueling positions on the field. In fact, Bowman was behind the plate for every pitch thrown by a Jaspers hurler last season.

Along with a pair of women’s lacrosse student-athletes, she has introduced the Love Your Melon program to Manhattan College. Love Your Melon was established in 2014 with the goal of providing beanies to all children battling cancer. More than 45,000 beanies, which is the number of kids fighting cancer nationwide, have already been donated. “Love Your Melon” has committed to donating 15,000 more each year for those who are newly diagnosed, with half of all proceeds helping to fund cancer research programs. Bowman serves as a Campus Ambassador, spreading the mission and selling beanies across campus.

On the field, Bowman has had one of the most prolific careers in Manhattan softball history. She was the unanimous MAAC Player of the Year last season after leading the league in batting average (.448), home runs (16) and RBIs (41), while also ranking among the top 10 nationally in on base percentage (ninth, .586) and slugging percentage (10th, .920). Manhattan’s 2014-15 Co-Female Student-Athlete of the Year, she added first team All-MAAC, first team All-ECAC and second team All-Region honors last season. The Jaspers’ all-time home run leader, Bowman was on the Preseason Top 50 “Watch List” for the 2016 USA Softball Collegiate Player of the Year.

The 30 candidates will be reduced to 10 finalists during the season. Those 10 finalists will then be placed on a national ballot to be voted on by coaches, fans and the media. The winner will be announced during the NCAA Women’s College World Series.