Kellogg’s bravery and courage was evident throughout his life, as he halted a gambling scandal and overcame paralysis. 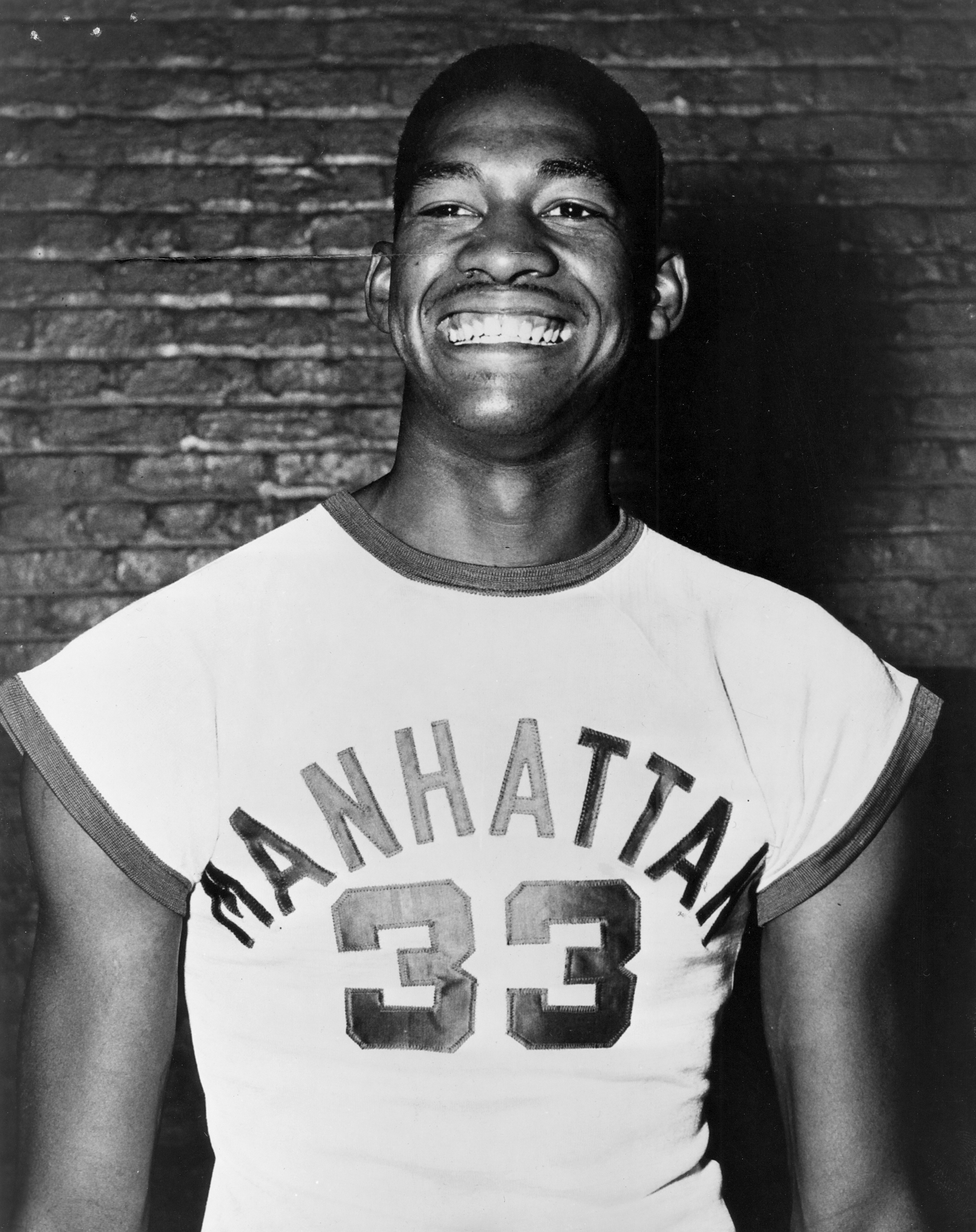 Standing six feet eight inches tall, Junius Kellogg ’53 came to Manhattan College in 1949 from Portsmouth, Va., a town just outside of Norfolk. The oldest of 11 children, Kellogg was the first African-American student to earn an athletic scholarship at Manhattan.

One day in 1951 after the Jaspers’ basketball practice, a gambler approached Kellogg, offered him $1,000 and demanded he help fix the team’s next game by shaving points. Kellogg quickly alerted his coach, Ken Norton, who sent him to the Bronx District Attorney’s office. The gamblers contacted Kellogg again and Kellogg met them while wearing a wire at a neighborhood bar.

Kellogg declined their requests to help his team lose, and Manhattan won its next game, 62-59. Hours later, the police made the first arrests in a case that spanned three years and involved 32 college players. Although many praised Kellogg, he received some threatening letters due to his involvement in the case and had to have a security guard stationed outside his dorm room.

Kellogg left Manhattan College shortly after the 1950-51 season when he was recalled to active military duty. When he was released from the Army, Kellogg returned to Riverdale, took a double course load and graduated with his original class in 1953.

Adjusting to Life after Tragedy

After graduation, Kellogg began playing for the Harlem Globetrotters in their barnstorming tour across the United States. In 1954, while traveling with the Globetrotters in Arkansas, he sustained a cervical spinal cord injury in an automobile accident that left him paralyzed. Despite a grim prognosis, Kellogg went through several years of therapy at the Veterans Affairs hospital in the Kingsbridge section of the Bronx to regain the use of his arms and hands. Kellogg spent the rest of his life in a wheelchair and learned to drive a specially fitted car.

From 1957-66, Kellogg coached the Pan Am Jets to four international championships in wheelchair basketball. He served as a teacher, mentor and counselor to inner-city children. Beginning in 1966, he held a number of jobs within the City of New York. He was the first deputy commissioner and director of strategic planning for the Community Development Agency.

The College maintains the Junius Kellogg Scholarship Fund, established by his classmates and friends, to honor Kellogg’s honesty and courage. The fund assists capable students whose financial needs go beyond family and personal resources, and federal and state grants.

To which Kellogg responded: ''Complain about what? I can't complain about my life. Too many good things have already happened.''