Answers aren’t found at the bottom of a bottle unless you’re Kieran Farrell ’96, co-founder of Gun Hill Brewery. Having spent the first 15 years of his professional career between investment banking on Wall Street and consulting for a software developer all over the world, he wanted a bigger challenge. Serving as a local developer consultant while he searched for the answer, Farrell finally figured it out in 2012. 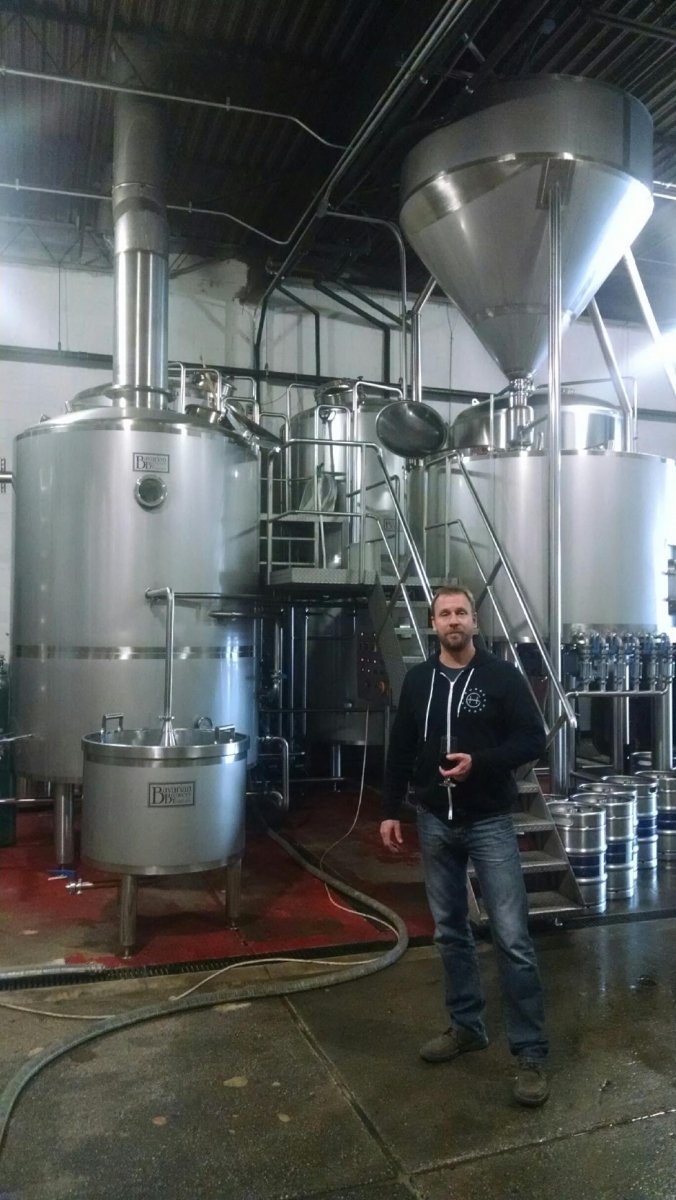 Joining his friend and now business partner Dave Lopez out for a cold one in September 2012, they began discussing trends and opportunities in the New York craft beer scene. This was the big career challenge Farrell had been searching for: a brewery was born.

Farrell and Lopez teamed up with brewmaster Chris Sheehan (formerly of Chelsea Brewing Company) to establish themselves as a major force in the New York brewing renaissance. Gun Hill Brewing broke onto the scene in early 2014 as the first production brewery in the Bronx since prohibition, and has quickly earned more than 300 accounts throughout the city and parts of Westchester and the Hudson Valley. They also have a thriving taproom connected to their Laconia Avenue brewery, serving up favorites Gun Hill Gold ale and Thunder Dog stout, as well as seasonal varieties.

The keys to their success? Quality ingredients and simple brews. The approach has garnered the attention of beer advocates nationally. Gun Hill’s Void of Light stout won a gold medal at the 2014 Great American Beer Festival (GABF) and was named among the 20 Best Stouts in the World by Men’s Journal in February 2015.

“Winning the gold medal at the GABF in less than a year was a major accomplishment for both us, as well as the New York brewing scene,” Farrell says. “It definitely showed that a small brewery out of New York City could compete on the national level, and it opened many eyes in the area and around the world.”

Setting up shop in the Bronx was a no-brainer. Both Farrell and Lopez are deeply committed to the area. Farrell was born in the Woodlawn section of the borough and though he moved to Cornwall, N.Y., as an adolescent, he’s been called back to the area again and again: first as a student in Manhattan College’s MBA program, and again after traveling the world as a software developer consultant. In fact, Farrell first met Lopez while playing on the same semi-pro baseball team in The Bronx. They hope their presence will continue to grow and create jobs within the community.

As part of their business model, they are also actively supporting New York State farmers.

“The [New York State] Brewers Association has been instrumental in bringing the brewers and farmers together in order to bolster both industries,” Farrell adds, noting that as holders of a New York State Farm Brewery License, they’ve agreed to use a certain percentage of New York State-grown ingredients. “In fact, we attended a beer festival/trade show in Utica this summer that introduced us to local hops and malt farmers from all over New York State.”

Although he’s no longer trading derivatives for Credit Suisse First Boston, Farrell has seamlessly parlayed his business degree skills and financial experience into the management of daily operations, from sales and distribution to accounting and supervision of the brewery’s tasting room.

As for what’s next for the company, Farrell says, “Time will tell,” but they are looking to grow their distribution range to other states.

“What I enjoy most about my job is watching the business grow day to day,” he says. “Seeing a Gun Hill tap handle in our customers’ establishments and watching their customers enjoying a Gun Hill beer, I get real pleasure thinking that I actually had something to do with creating that product.”