Two championship teams and eight individuals make up the 2015 Hall of Fame class. 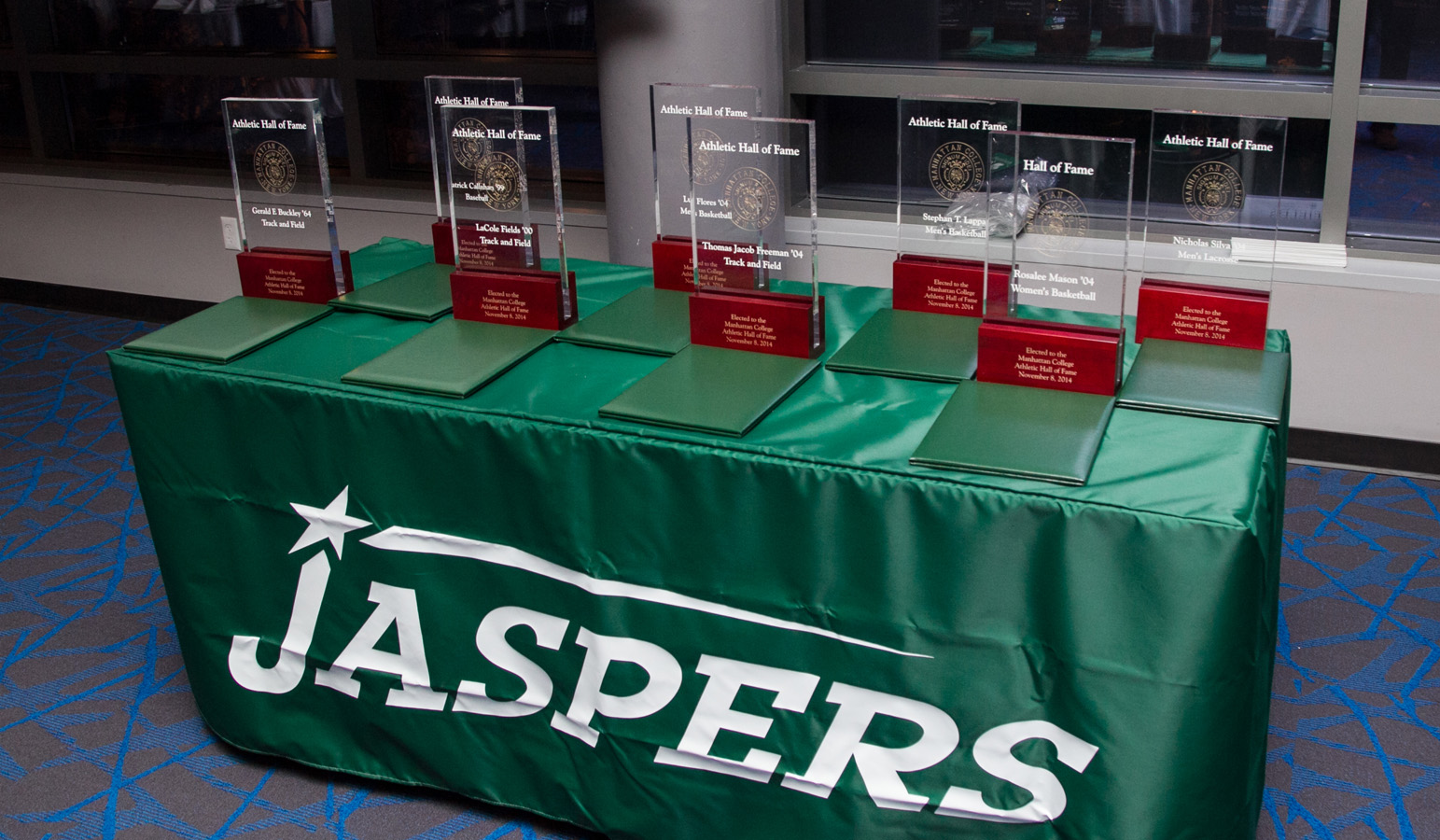 On Saturday, Nov. 7, eight former Manhattan College student-athletes will be inducted into the College’s Athletic Hall of Fame and two of the College’s most memorable teams will receive special recognition at the 37th annual Hall of Fame ceremony.

The event will begin with a Mass in the Chapel of De La Salle and His Brothers at 4 p.m., followed by a cocktail reception, dinner and induction ceremony in the Great Room of the Raymond W. Kelly ’63 Student Commons beginning at 5 p.m. Individuals interested in attending can register online.

The 2015 Athletic Hall of Fame honorees are:

Chevolleau is the College’s first female runner to qualify for the NCAA Championships, where she reached the semifinals of the 55-meter hurdles at the 1993 NCAA Indoor Championships as a graduate student in her final year of eligibility. She set seven school records during her time as a Jasper, including three marks that still stand today.

One of the greatest wrestlers in the history of the program, Herishen is the only Jasper to earn a victory at the NCAA Championships. In 1995, he scored the biggest upset of the national tournament, defeating two-time All-American Lindsay Durlacher from Illinois to advance to the round of 16. A two-time All-New York State wrestler, he won 76 bouts as a Jasper, including 19 pins.

During his time in Riverdale, Maguire set six school records and six Metropolitan Conference records in the pool. Named the conference’s most valuable swimmer in 1973, he led the Jaspers to the conference title that season, a year after setting the school record in points scored at the conference championship. After graduation, Maguire served as a Navy SEAL for 34 years and earned the National Intelligence Distinguished Service Medal, the highest award given by the U.S. intelligence community.

When Van Cauteren transferred to Manhattan in 2002, it was a transformational moment for the Jaspers’ volleyball team. In her two years in Riverdale, she led Manhattan to two MAAC Championships, including the first conference title in program history. In those two years, she was also named the conference’s player of the year. Her 610 kills and 4.84 kills per set during the 2003 season remain program records.

One of the catalysts behind the Manhattan men’s basketball program’s two NCAA Tournament appearances in the 1990s, Williams was the leader of the 1991-92 squad that won 25 games, establishing a new school record. That season, the Jaspers captured their first MAAC regular season title and advanced to the National Invitation Tournament quarterfinals. Williams is one of 36 players to score more than 1,000 points as a Jasper.

Bolstered by four All-Americans and 10 all-conference performers, the 1982 football team was one of the finest collections of Jaspers to step on the gridiron. That season, Manhattan won eight of 10 games, won the Mid-Atlantic Conference and advanced to the National Club Football Association title game.

The 2002 volleyball team won its first MAAC championship in style, posting a 30-4 record on its way to the first of two straight appearances in the NCAA Tournament. After losing its season opener, Manhattan won 22 straight matches over the span of two months. The school record of 30 victories still stands, and the Jaspers’ .882 winning percentage was the ninth best mark in the NCAA that season.

For more information about the event, visit the Athletic Hall of Fame site.