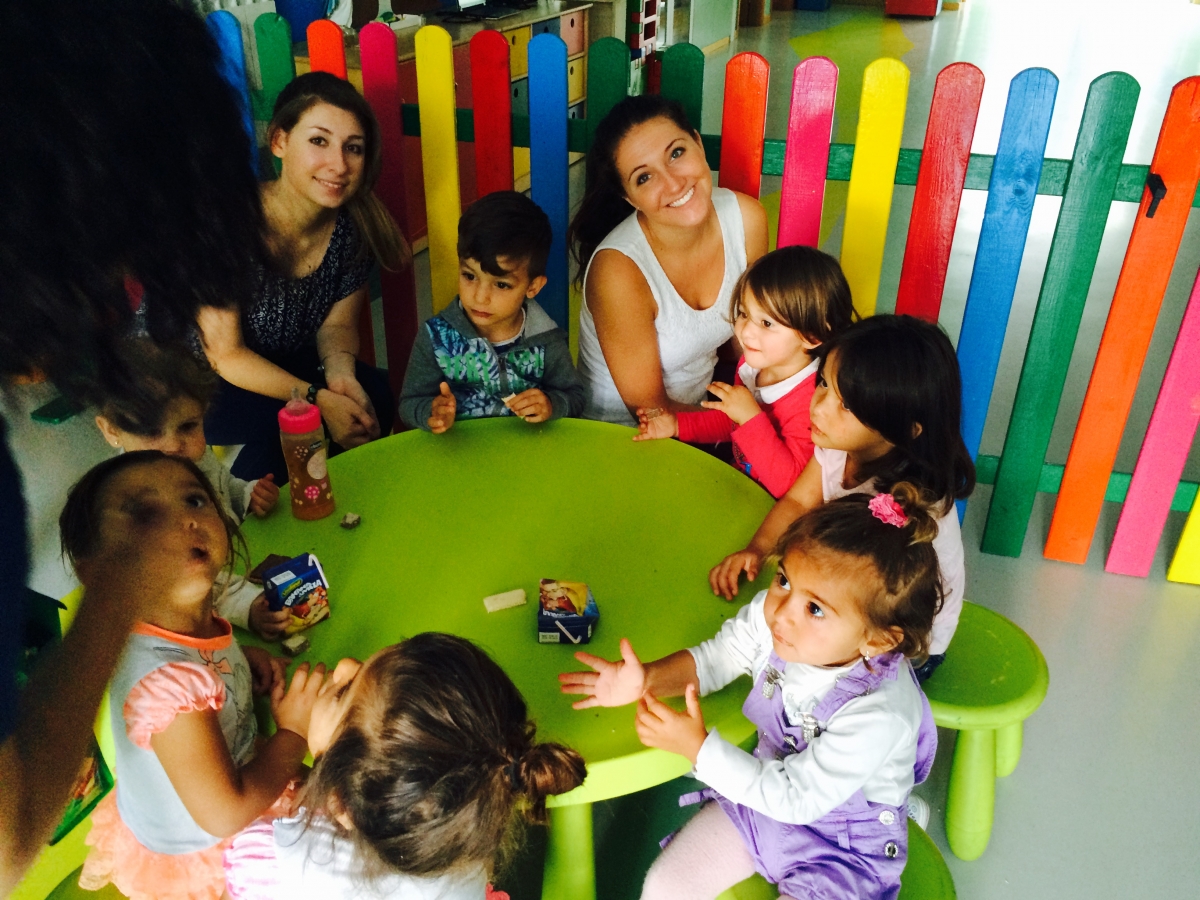 Melissa Witkowich ’16 was taken aback when she and a group of her Manhattan College classmates pulled into Scampia, Italy — an area just north of Naples — and were greeted by a mass of teenagers banging on their van with sticks.

They weren’t angry, insists Witkowich, but overcome with joy to have visitors, which are a rarity given the city’s reputation for extreme poverty, violence and drug use. The Camorra, a Mafia-like crime organization, has perpetuated much of the illegal activity that’s been occurring there for decades.

“Everybody walks in groups there [out of fear],” adds Witkowich, one of 12 students enrolled in the College’s education programs who took part in the 16-day trip to Rome and the downtrodden Naples suburb.

Beginning in May, their journey was the fifth international Lasallian service learning experience run by Manhattan College’s chapter of Kappa Delta Pi, whose members led efforts to assist educational programming at a learning center established there in 2007 by the Christian Brothers.

Referred to in Italian as CasArcobaleno, the center translates in English to Rainbow House and was visited this summer by a number of Manhattan College faculty members, including Br. Ray Meagher, FSC, Br. Charles Barbush, FSC, and Lisa Rizopoulos, Ph.D.

Many of the Italian locals who benefit from the courses offered at Rainbow House are adolescents that dropped out of high school. As a result, they’ve adopted a rough demeanor reflective of their environment, but it’s all an act, insist the College students. The 13-to-17 year olds are actually a lot more sensitive than they might let on.

“When we got there, one of the kids was holding onto the arm of Rainbow House president, Br. Enrico [Muller],” remembers Witkowich, a special education and elementary education major. “They act all street tough, but weren’t really, especially when we showed them care.”

Jessica DiVenere ’16, another elementary education major who also ventured to Scampia, saw its troubled climate as an opportunity to make a difference.

“Reaching the students was hard because there was a language barrier, but we were able to make a connection,” said DiVenere, who led music lessons by displaying a picture of an instrument on a projector and teaching its name in English.

As the Scampian children picked up more English language terms, our students picked up a different set of skills that will helpful when they become certified teachers in the U.S.

“We’re going to have children who speak English as a second language, so we’re going to have to come up with other ways to bond,” DeVenere points out. Connecting with students who come from broken homes and poorer backgrounds will also be a challenge.

“The trip opened our eyes to see that not everyone comes from a picture-perfect family,” she adds.

Most importantly though, Jaspers who embarked on the Italian journey came back to Manhattan having lived out several of the core principles of their Lasallian education, including its emphasis on excellence in teaching and a commitment to social justice.

In his reflection on the trip, Br. Meagher said his students also went to Scampia searching for positivity, and were able to find it within themselves, each other and in the teens they met.

“Together we found a sea of good in the hearts and minds of the young people of Scampia with whom we interacted every day,” he said afterward. “We also found it in the Lasallian Brothers, Sisters of Providence and their Lasallian Partners as we worked alongside them.”