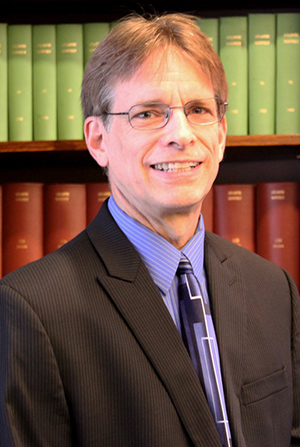 Manhattan College welcomes Keith Brower, Ph.D., a seasoned professor of modern languages, as dean of the College’s School of Arts, effective July 1. In his new role he will oversee and lead 15 academic departments, which encompass 16 majors and 12 minors as the school continues to embark on new opportunities.

Brower has nearly 30 years of experience in positions of academic leadership at both public and private institutions. He most recently served as associate dean of the Fulton School of Liberal Arts from 2007 to 2014 at his alma mater Salisbury University, where he first started in 1997 as a professor and served as chair of the department of Modern Languages from 1999-2007.

While at Salisbury, Brower oversaw curricular revision and unprecedented growth in the university’s Spanish program, and established and directed a study abroad program in collaboration with the Universidad de Málaga in Spain. He was co-designer of Salisbury’s international studies major/minor, and, for several years, was deeply involved in the university’s honors program.

Brower also led three consecutive curriculum reform committees from 2005-2007, which designed and proposed an innovative four-credit course model, revolutionizing the Fulton School of Liberal Arts. He became associate dean following the model’s approval in 2007, and much of his early work focused on the details of the school-wide implementation process associated with the new model. The Fulton four-credit course model has drawn the interest of several public and private colleges and universities.

As associate dean, Brower advanced the development of a number of international and interdisciplinary initiatives and programs. In addition, he was the Fulton School’s key person on program review, assessment, grants and faculty development.

From 1986-1997, he worked at Dickinson College and held several roles, including developer of the College’s Portuguese program, coordinator of the interdisciplinary Latin American Studies program, and chair of the department of Spanish and Portuguese (1993-1997). His career began in 1985 at Gettysburg College as an assistant professor of Spanish.

Brower is the author of Contemporary Latin American Fiction: An Annotated Bibliography (Salem Press, 1989) and Jorge Amado: New Critical Essays (Routledge, 2001), co-edited with colleagues at Dickinson and Vanderbilt University. He is also in the process of writing a third book entitled, Catholicism in Spain and Latin America: History, Culture, Tradition and Change. His most recent research focuses on liberal education, high-impact practices, and the 21st-century curriculum.

“We are thrilled to have Dr. Brower joining our community to serve as dean of the School of Arts,” said William Clyde, Ph.D., executive vice president and provost. “He brings vast experience in curriculum development, interdisciplinary studies and study abroad, all of which are strategically valuable to his school and the College. He is a collaborative community builder and very committed to our mission.”

Brower holds a doctorate in Spanish with a minor in Portuguese from The Pennsylvania State University, and a bachelor’s in English and Spanish from Salisbury University.

“I look forward to working with my colleagues in the School of Arts, as well as across the entire Manhattan College campus, in the ongoing enhancement of the already truly special and memorable liberal arts educational experience that we provide to our students,” Brower said.