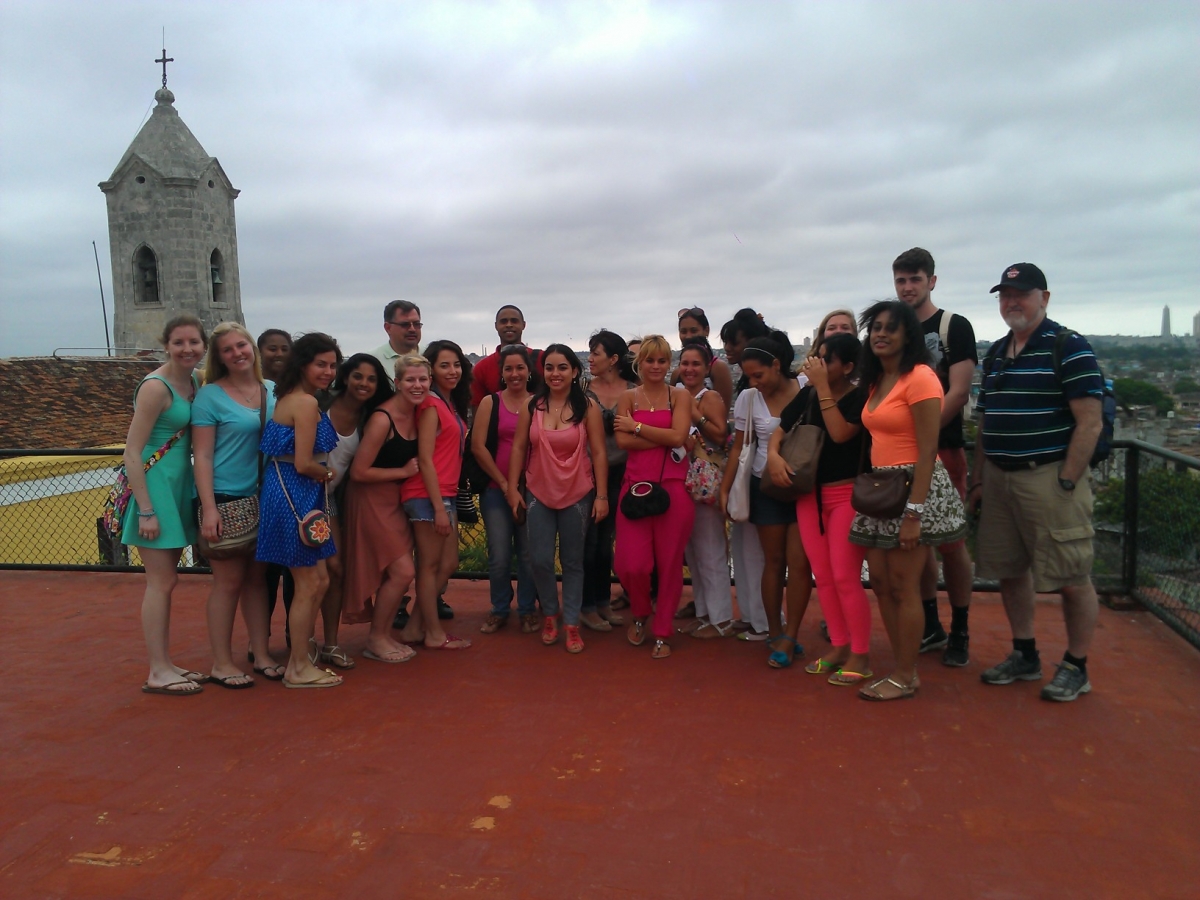 In 1961, just after the U.S. embargo of Cuba, Raul Rodriguez watched as government workers shut down the Lasallian school where he was teaching — one of the last schools in Cuba to succumb to the government’s Marxist educational policy. No longer free to invest in both the spiritual and intellectual progress of his students, he left for the United States, never to return.

“It was an emotional journey — a trip back in time,” says Rodriguez, who was able to visit his old haunts and reconnect with past neighbors and family friends.

Half a century of crumbling trade relations, poverty, famine and restricted religious practice have altered the landscapes of his memory. But among the ruins, Rodriguez and the whole Manhattan College group discovered a vibrant community culture and an atmosphere of hope.

During a visit to the Lasallian Center in Havana — one of the only two active Lasallian centers in Cuba — Jaspers spoke with Hermano Martin, who is making a difference in the local community. Capitalizing on the social and economic reforms, the center is offering a range of courses to students of all ages: from English and marketing to ethics and computer science.

“It’s really a changing society,” Rodriguez says. This revelation comes at a time when Rodriguez, who has devoted part of his life to the Lasallian mission, is bringing his teaching career to a close. “After all these years, the Brothers are now allowed to teach courses that connect the physical, mental and spiritual development of students.”

Although the many of the students in the Manhattan College cohort were attending as a part of Spanish 320: Cuba in Revolution, this weeklong multifaceted trip also allowed students taking the one-credit course Abroad: Keeping your Spanish Alive like education major Andy Gonzalez ’17 to explore his heritage.

Gonzalez was no stranger to the language or culture (his father is Cuban and mother is half-Cuban) and often stepped in as interpreter for some members of the group who were not fluent Spanish speakers. As a part of his experience Gonzalez had the opportunity to visit an elementary school in Havana to see how the education system works in Cuba. The high point of his week was meeting members of his family for the very first time.

“That’s what’s left I have of my family — six of them,” Gonzalez says. “To me, family is everything and I’m going to stay in contact with them. Here, I have a house, I have a bed, I’m well fed, but my family there doesn’t have the same luxuries that I do.”

As a response to this experience, Gonzalez is planning a trip with his father to Cuba and to bring their family money and supplies, and perhaps, someday, something more.

“If I could, I would really want to help change the way that education is in Cuba,” Gonzalez adds.