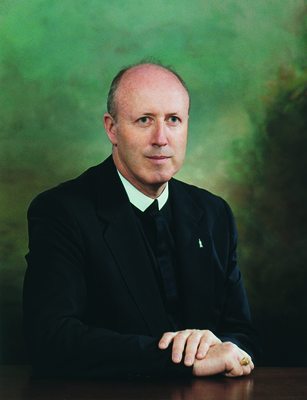 Saint Mary’s University of Minnesota will recognize Bronx native Brother Thomas Scanlan, FSC, president emeritus of Manhattan College, with an honorary doctorate degree on Thursday, Feb. 13. The special event at the university’s Twin Cities campus in Minneapolis will honor Br. Scanlan and four other Christian Brothers who have served as presidents at institutions throughout the nation.

Together, the five have served for more than 125 years as leaders of Christian Brothers’ institutions that follow a heritage of innovative, student-centered education. The Christian Brothers religious order was founded by Saint John Baptist de La Salle, patron saint of teachers, in France during the 17th century.

As Manhattan College’s 18th president, Br. Scanlan helped the College increase its enrollment with a 120-percent application rise and a 100-point increase in SAT scores, while achieving accreditations by the Association to Advance Collegiate Schools of Business (AACSB) and the Teacher Education Accreditation Council (TEAC). During his 22-year tenure, the College transformed from commuter based to largely residential, from 40 to 75 percent, and still preserved its commitment to serving first-generation students. The College also saw several campus enhancements and expansions under Br. Scanlan’s leadership, with the opening of two new residence halls, a new library, and much more.