A talented percussionist, Miguel Díaz-López will go on to the Ph.D. program in mechanical engineering at Johns Hopkins University.

Manhattan College has named Miguel Díaz-López ’20 undergraduate valedictorian for the class of 2020. A mechanical engineering major with a minor in physics, Díaz-López was born in Barranquitas, Puerto Rico, and raised in the Bronx, New York. The first in his family to earn a college degree, Díaz-López attended the Frank Sinatra School of the Arts in Astoria, New York, and considered pursuing a degree in music before becoming interested in mathematics and physics.

“I come from a family where no one has gone to college, only a few graduated high school, and some had to quit as early as the fourth grade because they had to work to get money for the family,” Díaz-López said. “My family has never been to a college graduation, and now they get to experience one where someone they know was chosen to be valedictorian. This is a huge testament to the work that I have done, but also a testament to the amazing mentorship I received along the way from the faculty at Manhattan College.”

During his college career, Díaz-López worked on a number of research and academic projects, including the National Institutes of Health-funded trial, Mi Vida Saludable (My Healthy Life) through Columbia University, which aims to improve cancer prognoses and survival rates among Hispanic breast cancer survivors. In the summer of 2019, he participated in a research project at the Technical University of Darmstadt, Germany, where he designed an accurate velocity estimator for an automated tram. At Manhattan, he created a simulated model to test the dangers of concussions, and presented his findings at the International Mechanical Engineering Congress and Exposition (IMECE) in 2019.

Díaz-López is an inductee of the national honor societies Tau Beta Pi (engineering) and Pi Tau Sigma (mechanical engineering), as well as Manhattan’s highest scholastic honor society, Epsilon Sigma Pi. He received several academic scholarships, including the National Science Foundation STEM Scholarship; the Barry Goldwater Scholarship and the James Patterson Scholarship. He has helped other students as a tutor in engineering, physics and mathematics, both at Manhattan and through J.P. Morgan Chase’s The Fellowship Initiative (TFI), which provides mentorship and academic support to underserved young people.

In addition to his academic achievements, Díaz-López is an accomplished percussionist. In the 12 years of his musical training, he played instruments such as the timpani, snare drum, bass drum, crash cymbals, marimba, xylophone, glockenspiel bells and vibraphone. He served as drumline leader for the Manhattan College Pep Band and performed as a soloist and in percussion ensembles at the Bloomingdale School of Music in New York City.

After graduation, Díaz-López plans to pursue a Ph.D. in mechanical engineering at Johns Hopkins University. He will deliver the valedictory address on behalf of his classmates at a ceremony to be held at a future date.

In the School of Engineering, students begin with the basics and progress through a varied and advanced engineering curriculum by solving real problems in the labs using professional equipment and technology. 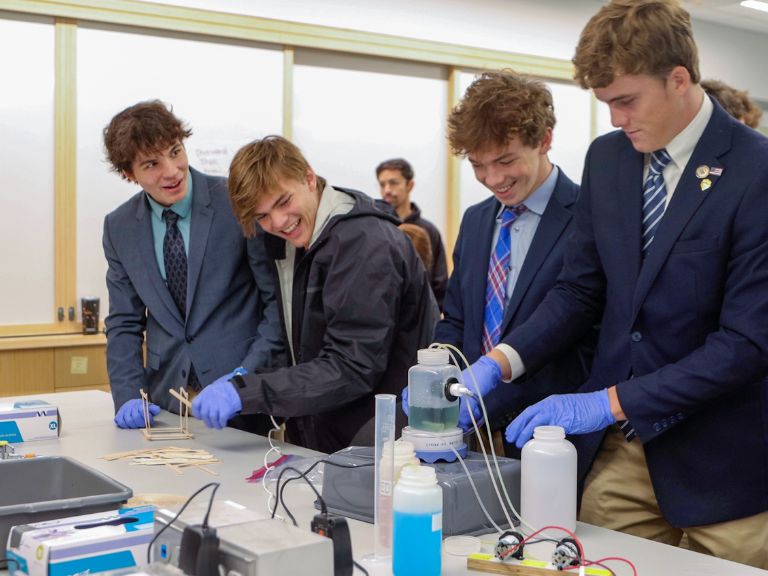