#300LaSalle: Celebrating 10 Years of the District of Eastern North America 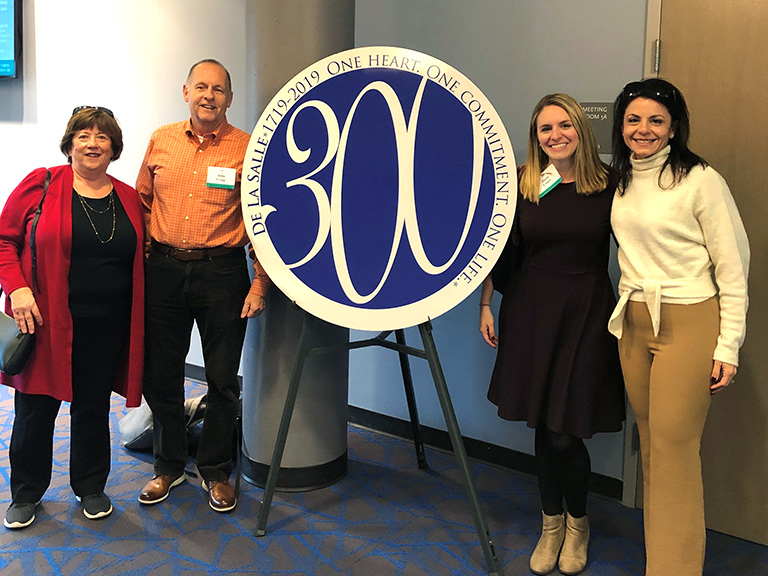 For the past 10 years, the Brothers of the Christian Schools, along with their Lasallian partners, have provided a human and Christian education to more than 14,000 students and their families as one geographic network: The District of Eastern North America (DENA).

From Toronto, Canada to New York City to Boca Raton, Florida, more than 5,000 Lasallian educators and De La Salle Christian Brothers have engaged in the vocation of education, especially to the poor and disadvantaged. Together, and by association, this network of educators celebrated a decade of mission as The District of Eastern North America, which was formed on September 9, 2009.

Gathering virtually and in-person at Manhattan College and in different cities throughout DENA’s geographic expanse on Friday, November 8, Lasallians celebrated their accomplishments, but more importantly, acknowledged that there is more to be done to serve the most vulnerable young people in our society through this 300 year-old mission of education.

The facilitator of this Association Celebration was Superior General, Brother Robert Schieler, FSC, leader of The Institute of the Brothers of the Christian Schools, which sponsors ministries and other educational programs in over 80 countries worldwide, including DENA. Br. Robert  brought his global perspective and experiences to his headlining presentation, broadcast from La Salle University, his alma mater, in his hometown of Philadelphia.

Livestreamed to Albany, Boca Raton, Buffalo, Lincroft, New York City, Pittsburgh, Providence, Syracuse, Toronto, and Washington, D.C., Br. Robert called on all of DENA’s Lasallians to reflect on their vocation as educators as part of this Jubilee Year, so designated by Pope Francis and the Catholic Church.

Br. Robert said that the goal of this year is to “manifest our global unity, to strengthen us to work for the betterment of humankind, to deepen our motivations as Lasallians, and to intensify our service to the poor and vulnerable.”

Manhattan College students, faculty and staff reflected on the Superior General’s message, and the example of St. John Baptist de La Salle, the Founder of the Brothers of the Christian Schools. Named the Patron Saint of Teachers, De La Salle went beyond the figurative and literal borders to educate poor boys of France, who “were far from God’s salvation.” De La Salle would hand on the mission to his first Christian Brothers upon his passing into eternal life 300 years ago.

As part of this Association Celebration, Christian Brothers and Lasallian partners shared their experiences as educators with one another, and began planning how best to go beyond today’s figurative and literal borders to serve poor and marginalized young people just as De La Salle did.

As Lasallians, we work for social change and show respect to all people, especially the poor, the underprivileged, and those without a voice.

Learn about ways to get involved 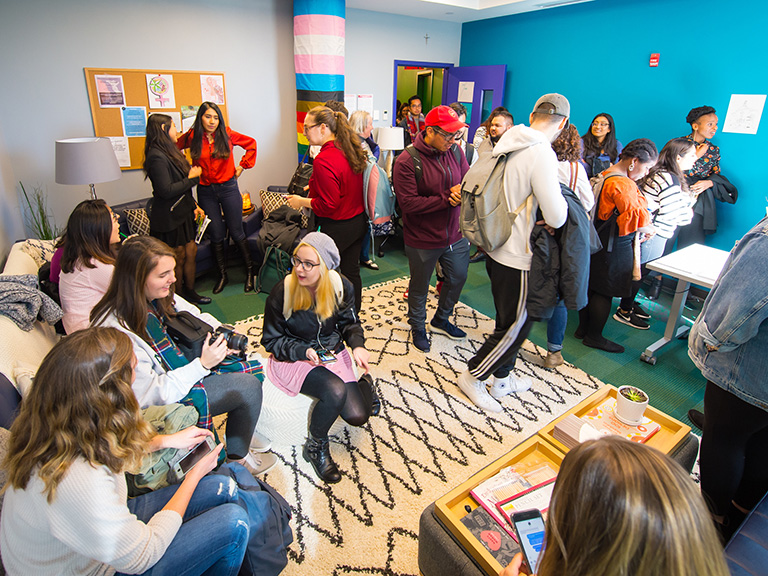