Scott was the keynote speaker at the kickoff dinner on Monday, February 4. 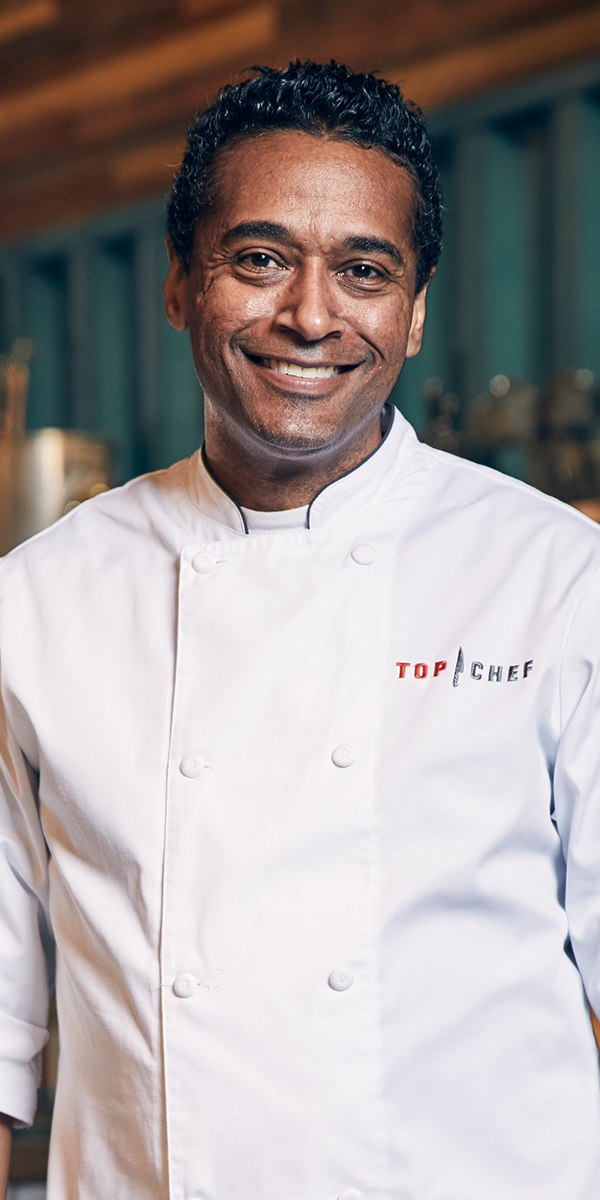 Chris Scott, a contestant on season 15 of Top Chef on Bravo, and the executive chef at Birdman Chicken Shack in Bridgeport, Conn., was the keynote speaker at Manhattan College’s Black History Month kickoff dinner on Monday, February 4 at 6 p.m. The event was sponsored by the Multicultural Center and the School of Education and Health.

Scott began his culinary career in Philadelphia when the city was in the midst of a culinary revolution. He worked alongside notable chefs such as Kevin Sbraga, Mike Isabella, Al Paris and Michael Solomanov. After spending 15 years in Philadelphia honing his skills and running two major restaurants, Scott moved to New York City. There, he served as executive chef for CNN and Time Warner, overseeing major dining events. He has cooked for elite dignitaries such as President Barack Obama, Former British Prime Minister Tony Blair, South African President Nelson Mandela, and many other professional athletes and media personalities.

In addition, Scott has twice been part of a team that the James Beard Foundation has recognized with the prestigious "Dinner of the Year Award." In February 2016, he and his wife opened Butterfunk Kitchen, a soul food/juke joint restaurant in the Windsor Terrace section of Brooklyn. The restaurant was named BEST new restaurant in 2016 by Brooklyn Magazine and was also featured in The New York Times.

Following the event on February 4, Manhattan College will host the following events in commemoration of Black History Month:

Manhattan College’s Multicultural Center is a resource for all students, particularly those with diverse backgrounds and perspectives. The Center organizes cultural programs, dialogue series and leadership development opportunities for students of color.

Learn More About Our Multicultural Center