Ten students attended the prestigious festival, boosting their own skills and the College’s reputation in the theater world. 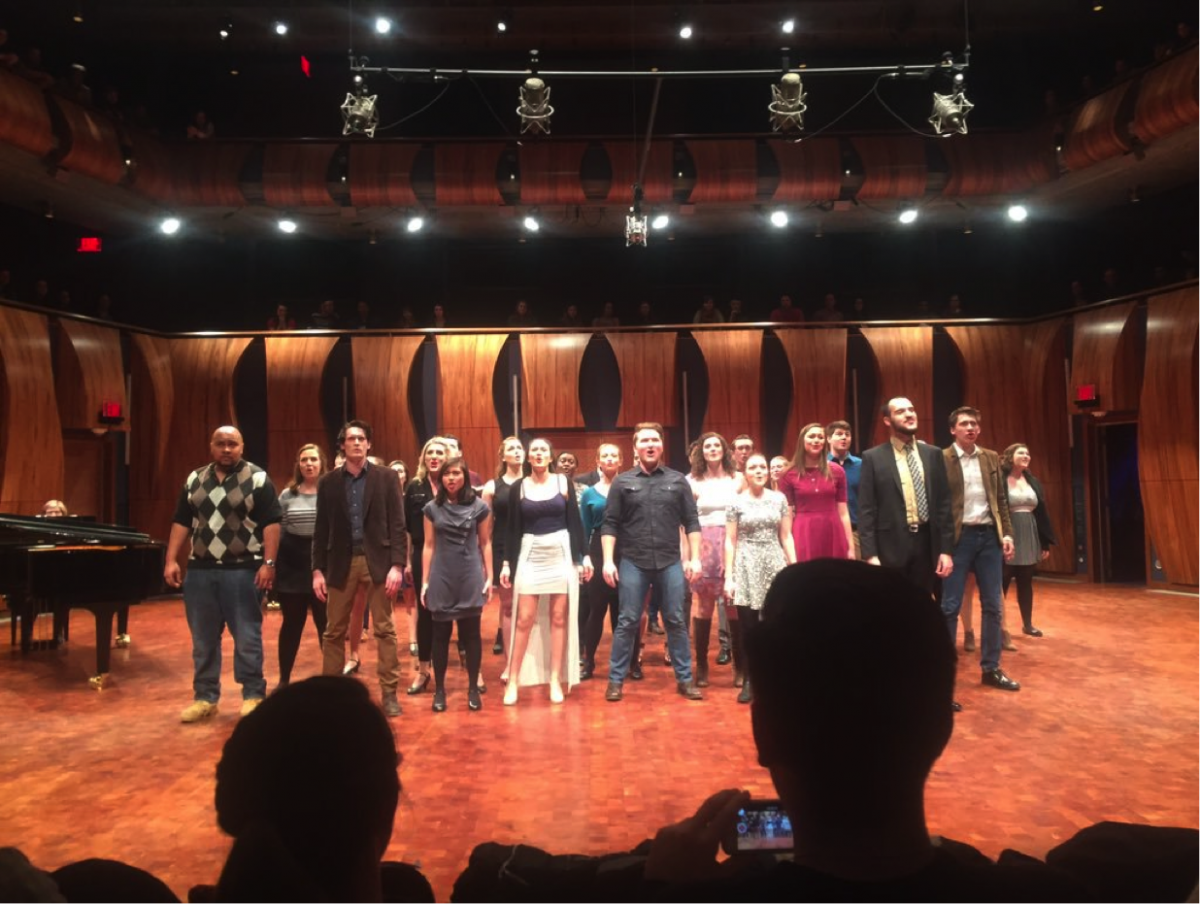 This semester, the theatrical elites of Manhattan College traveled to West Connecticut State University to showcase their diverse talents with other performing arts enthusiasts in the region at the the Kennedy Center American College Theater Festival (KC-ACTF).

This was the second year Manhattan College students attended the national program, through which students participate in workshops, compete for scholarships, meet industry professionals, and network with attendees from all over the region.

While Manhattan College currently only offers a theater minor, the Visual and Performing Arts department and Student Life department have been instrumental in supporting students who are passionate about performing arts. Ten students from The Players, Manhattan College’s campus-wide theater club, attended the five-day festival. The group this year was larger than the previous, and students performed in more diverse areas.

This year, four students received a nomination for the Irene Ryan acting scholarship for their performance in an on-campus production. This notable scholarship provides recognition, honor and financial assistance to outstanding student performers.

Sam Corby ’18, a mechanical engineering major, attended KC-ACTF for the first time, and was nominated for an Irene Ryan acting scholarship for his role in the fall production, The Dining Room. The competition for the award consisted of preparing two scenes and a monologue.

“The judges’ feedback was on how my performance was realistic, how my voice and tone were good. One thing they said was that I was a little too hesitant, and that’s good to think about for the future,” says Corby, a lifelong lover of theater. “My parents always enjoyed plays, and the community I grew up in had a lot of influence on my involvement.”

Christine Nolan, ’16, a communication major, who was also nominated for the Irene Ryan scholarship, says she is excited about the future of theater at Manhattan College.

“People seemed very impressed with what we were able to accomplish especially for a school without a theater major,” she says.

One student, Aoife Mahood, ’17, a psychology major, competed for the esteemed Richard Maltby Jr. Award for Musical Theatre Excellence. Mahood prepared for over nine months after discovering she was nominated.

Her experience at the festival involved working closely with coaches and mentors in a comforting environment surrounded by other supportive students. The training and preparation at West Connecticut State landed her in the finals, where she performed two songs in front of the entire festival.

“My experience as a Maltby nominee was great! I made a lot of new friends and learned so much more in those five days than in my years of performing,” Mahood says.

While The Players are supported by an outside design team to bring their productions to life on campus, students also take on some of these behind-the-scenes roles, and were also eligible to attend the festival. Students responsible for stage management and directing in Players attended professional development workshops where they also received feedback on their work.

Carlos Perez ’16, a secondary education major, was nominated and participated in the Stage Directors and Choreographers (SDC) Fellowship Program. At the festival, Perez was able to hear feedback from a panel of respondents about a scene he directed. He says the experience enhanced his own skills and techniques.

“I was in a room with other directors, they were also getting feedback, and I was able to learn from listening. It was an amazing experience,” he says.

The five-day festival gave each student a different experience, but they could all agree it was a rewarding and exciting trip.

“A lot of the kids are theater majors so it can be really competitive. But as a theater club, the Manhattan College Players are just happy to be able to perform and participate in the workshops,” says Nolan.

The Players were able to observe how other schools’ theater programs operate, and learn how to improve certain elements with the help of workshops in dramaturgy, playwriting, performing Shakespeare, and writing adaptations.

“I overused the word supportive, but that's really the best way to describe the environment,” says Mahood. “Everyone from the coaches and mentors, fellow actors, accompanists and even the WestConn staff were supportive the whole time.”