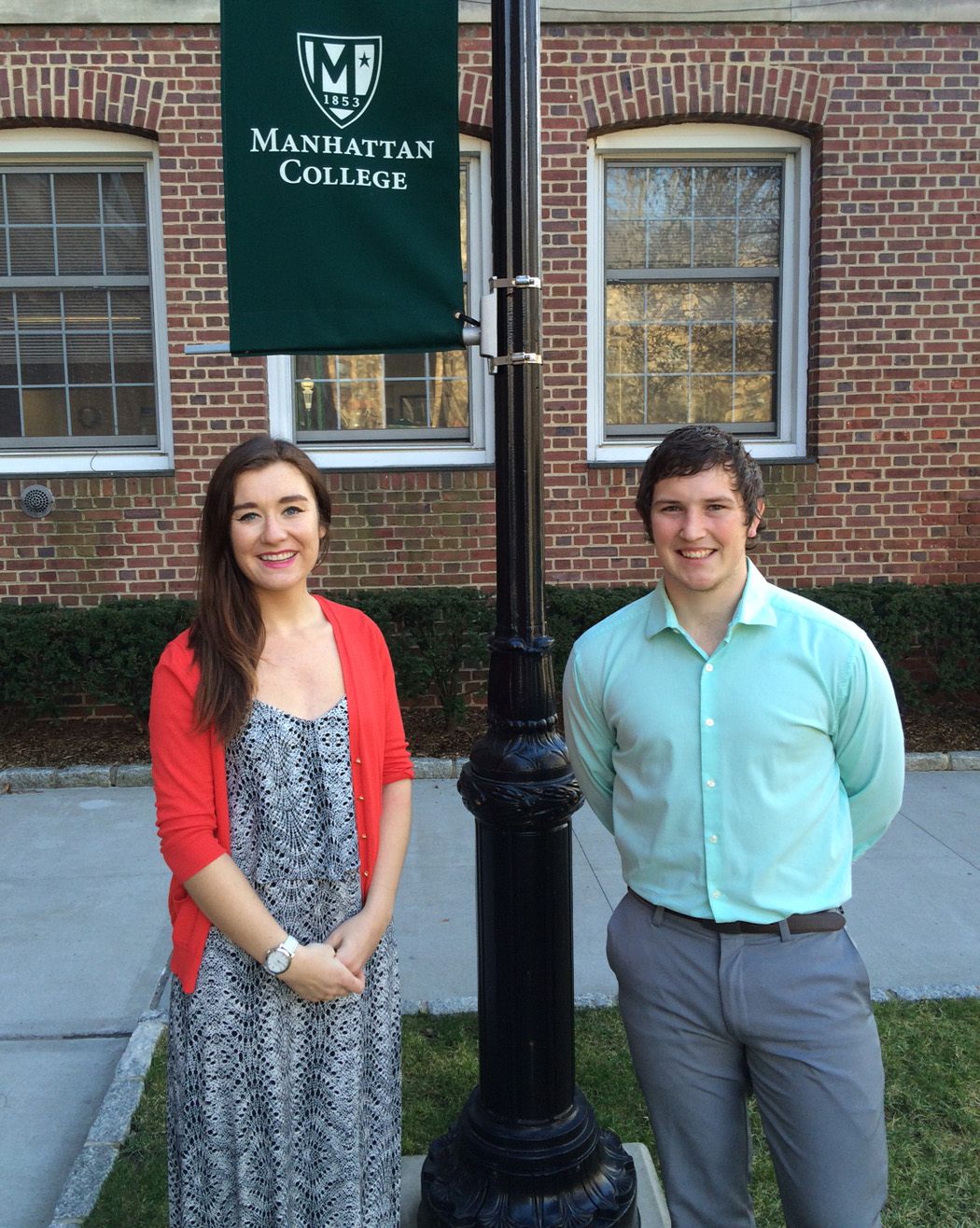 Under the guidance of chemical engineering professor Gennaro Maffia ’72,’73, graduate students Sebastian Garcia ’15, ’16 (M.S.), Eugene Heerschap ’15, ’16 (M.S.) and Olivia Mason ’15, ’17 (M.S.) are working with Anne Gaffney, Ph.D., a senior laboratory fellow at the Idaho National Laboratory. A former colleague of Maffia’s at ARCO Chemical when they worked on the 1970s Alaskan Pipeline Project, Gaffney is leading a project with the United States Department of Energy.

In 2014, Senators Dick Durbin, D-Ill., and Jim Risch, R-Idaho, announced the launch of the Senate National Laboratory Caucus. The bipartisan caucus aims to highlight how the multi-billion dollar facilities help meet the nation’s innovation, economic development and security goals. Gaffney recently presented the Manhattan students’ work on the floor of the U.S. Senate to the Energy Caucus.

“We are looking at all different angles to see how this project could be economically feasible and environmentally sound,” Mason explained. “After Dr. Gaffney presented to the Senate, I spoke with her, and we were both extremely excited that we could make a huge difference in the world with this technology.”

Clean Energy Through a Video Game

The students have been working at the College’s labs in Leo Hall and the Research and Learning Center, using a process simulator called ASPEN-HYSYS – “a video game for chemical engineers,” says Heerschap. The group has designed several processes including one in which they have been able to condense previously flared gas into a liquid to allow for easier transportation and to recover this valuable resource.

“We need to reduce our carbon footprint and find more high-tech ways of intensifying traditional processing,” says Mason. “Moving from petroleum to natural gas is one of the first steps in making a difference and having a cleaner world with cleaner burning energy.”

Garcia, Heerschap, Mason and 15 other chemical engineering students, including a collaborating team at Drexel University, have been working on this project since the summer of 2015. Since January, the group has met regularly via teleconference with scientists at the Idaho National Laboratory. Heerschap and Mason will fly to Idaho and present their research at an open house at the Idaho National Laboratory on March 21-22.

“The students have been very impressive in performing and presenting this work,” Maffia remarked. “This is a long-term project with global implications, and they are representing themselves and the College in fine form.”

“We’re very fortunate to be working with Dr. Maffia,” Heerschap said. “If it weren’t for him, we wouldn’t be doing this. Whenever we have an idea for the project, we can bounce it off him at any time. We can call him almost any time. He’ll help us out if we’re going down a path that’s not going to work and put us back in the right direction.”

In the near future, there is an Institute being planned that will include university, industrial and government teams, with Manhattan College playing a key role in the proposed Institute, which would be housed at the STAR Campus of the University of Delaware. After their presentations in Idaho, the Manhattan College team will continue to work on the project, with the National Laboratory providing the effort’s engineering portion to potentially revolutionize the petrochemical industry.

“The catalysts we’re working with are truly magical,” Maffia said. “The chemistry seems like it’s right out of Harry Potter.”