Motherhood, Social Advocacy and Grad School All in a Day’s Work for Algerian Scholar

Selma Chirouf ’16 is pursuing an M.S. in organizational leadership from Manhattan College while raising her two-year-old daughter and continuing efforts for climate change awareness. 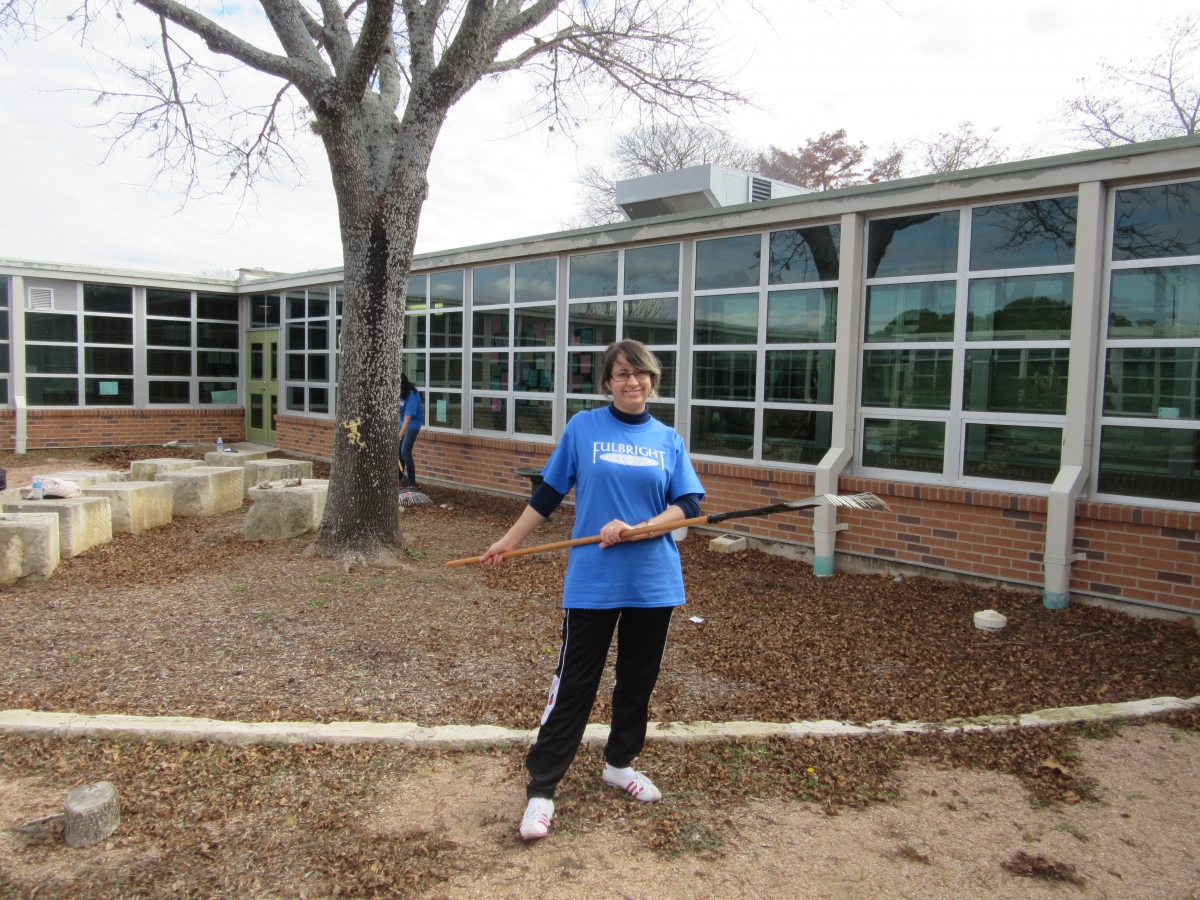 Click through Selma Chirouf ’16’s reel of Facebook photos for a peek into her two lives. The first revolves around her two-year-old daughter, Maria, whom she helped blow out candles at a Hello Kitty-themed birthday party in September. The other depicts her as a bi-continental advocate for social reform who, since last year, has been pursuing a master’s degree in organizational leadership from Manhattan’s School of Continuing and Professional Studies (SCPS).

For the Algeria-born graduate student, both of these lives are full of excitement, hard work and are constantly in motion, so it’s no surprise that they often collide. Just ask her about the rigorous application process she went through to earn a spot in the educational exchange Fulbright Scholar Program, which is sponsored by the U.S. Department of State’s Bureau of Educational and Cultural Affairs, and lends financial support to international students looking to study abroad. In her case, it allowed her to pursue an advanced degree at Manhattan.

A Bumpy Road to her Master’s

To qualify for a Fulbright grant, Chirouf traveled 12 hours from her hometown in rural Algeria to the country’s capital, Algiers, where she completed the GRE (Graduate Record Examination) and TOEFL (Test of English as a Foreign Language) tests. Both of these are required of all international students planning to attend a U.S. institution.

At the time, she was seven months pregnant.

“The doctors told me to rest, and not to travel,” Chirouf remembers, before seguing into how grateful she is to have ignored their advice. Maria was born healthy, despite arriving a few weeks prematurely, in part, due to the stress of Chirouf's trip. "I had my daughter [early], but I sure cried of happiness when I was selected [for the Fulbright program]."

Overcoming obstacles for a greater good is something Chirouf relishes. In the summer of 2010, she was chosen, along with four additional Algerian students, to participate in a program that brings together individuals working toward social and political reform in the Middle East and North Africa. The invitation allowed them a chance to visit the U.N. headquarters in New York City.

In September 2012, she became national coordinator of the Arab Youth Climate Movement (AYCM), a group that consists of 20-somethings working to mobilize others on addressing climate change through networking and awareness. Their goal is to establish agreements between world leaders that might improve legislation surrounding the issue.

A Quest of Her Own

Chirouf has also made strides on her own in becoming an advocate for social reform. In September 2014, she attended the U.N. Climate Summit in New York City, and before that, chose and led a team of 10 people to attend the December 2012 U.N. Conference on Climate Change in Qatar. These experiences have made her a role model for young people, and allowed her to meet prominent leaders from around the world. Due to accomplishments with the AYCM, Chirouf was one of 10 people to meet Hillary Clinton when she visited Algeria for the first time, and was one of two to hold a meeting with Dr. Condoleezza Rice, Ph.D., at the White House.

Experiences like these have been fundamental to Chirouf’s own ability to inspire others, which she is fine-tuning in her graduate classes at the College. The quality of education in the organizational leadership program is well rounded, as professors incorporate case studies and real-world examples as a means of teaching different concepts. In other words, students don’t just memorize theories, she says. They learn how to apply them.

When Chirouf is asked what the greatest piece of advice would be to individuals looking to take a stand on world issues, she offers “Challenge the barriers you might be afraid of, and find a way to move forward.”

First and foremost, the person Chirouf hopes to inspire most is her daughter, which speaks to the role most meaningful to her — mother.

“Women are the key,” she said after orchestrating transportation and a family dinner with her husband, Yacine, during a brief phone call. “They’re the first education children have before they even leave the house, and the first training they have to become future leaders.”

As for the rest of Chirouf’s future, she mentions a position at the U.N. as a possibility. “But who knows?” she asks before packing up to enjoy an evening with her family.