Actor and writer Aizzah Fatima is the sole performer in a show that draws rave reviews. 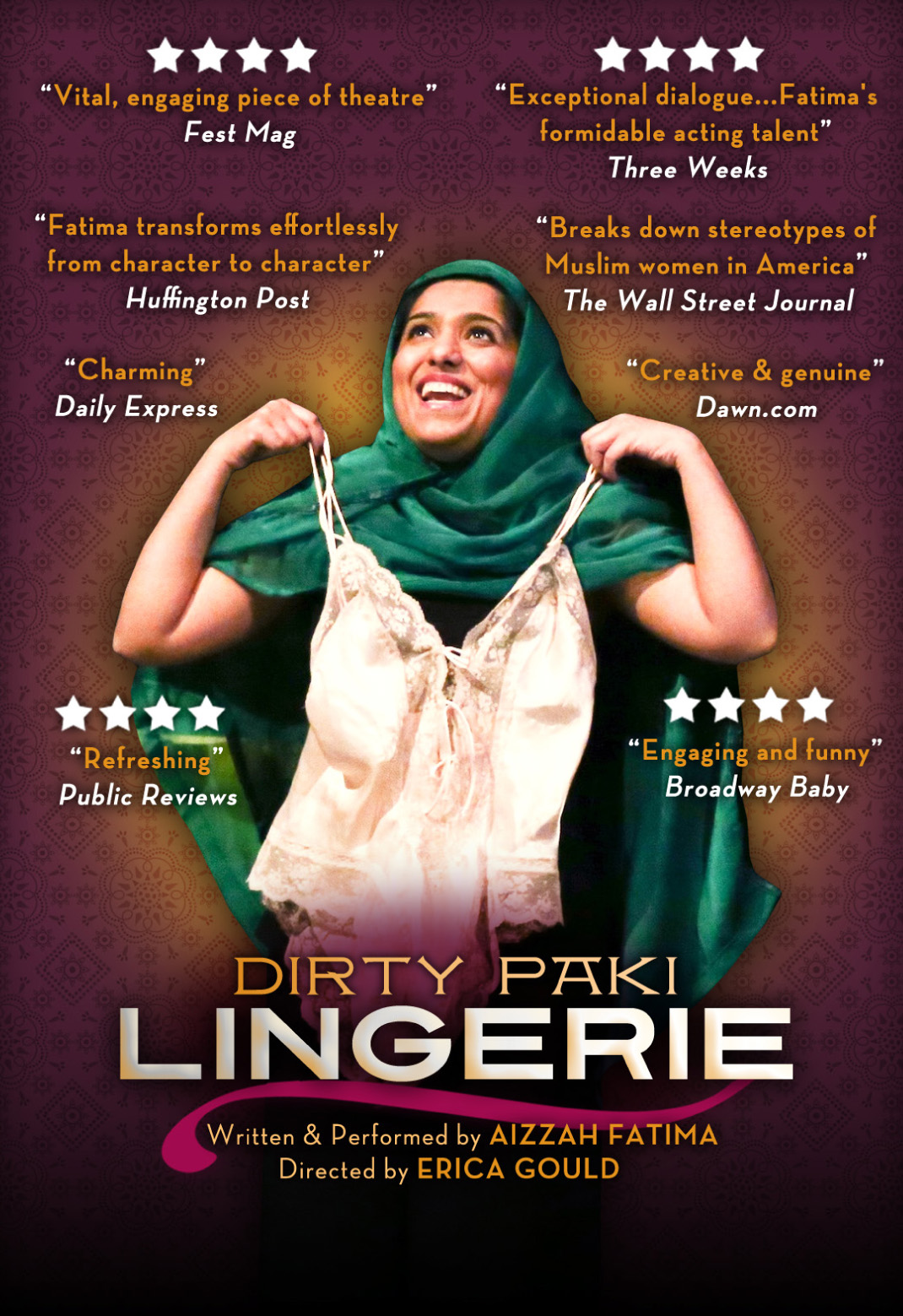 The solo play Dirty Paki Lingerie will come to Manhattan College’s campus on Friday, Sept. 25 at 6 p.m. in Smith Auditorium. Set in post-9/11 America, Dirty Paki Lingerie is written and performed by Aizzah Fatima, who plays six Pakistani-American Muslim women between the ages of six and 65, as well as a dozen of other characters.

Dirty Paki Lingerie first premiered in New York’s Midtown International Theater Festival in 2011, where it had a sold-out run of shows. The Wall Street Journal wrote that Dirty Paki Lingerie “breaks down stereotypes of Muslim women in America” and The Huffington Post raved that “Fatima transforms effortlessly from character to character” in the solo performance.

She is currently developing a feature film based on characters from Dirty Paki Lingerie with Emmy Award-winning filmmaker Iman Zawahry.

The event is sponsored by the departments of Sociology and Women and Gender Studies, and the Multicultural Center. The entire Manhattan College community and local residents are invited to attend. For more information, please contact Roksana Badruddoja, assistant professor of sociology and coordinator of the Women and Gender Studies program, at roksana.badruddoja@manhattan.edu or (718) 862-7406.