One Hundred and Fifty Years Since the Civil War, Manhattan College Looks Back

2015 marks the 150th anniversary of the end of the Civil War, and Manhattan College shares a piece of its history. 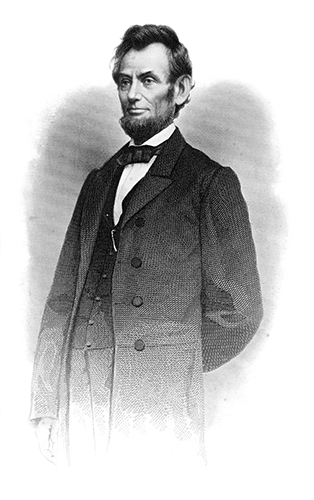 The Union Army was still soliciting drafts in the midst of more than 5,000 casualties at Fort Stedman and General Robert E. Lee’s last offensive, before his official surrender of the Confederate Army of Northern Virginia on April. The Civil War was the first wartime draft of U.S. citizens in American history, and many Christian Brothers and students at Manhattan College fought in the war.

According to vignettes and anecdotes collected by Christian Brothers during the Civil War, Brother Patrick Murphy, FSC (1822-1891), the first president of Manhattan College, received a draft notification in March 1865.

In order to annul the draft and prevent the recently chartered Manhattan College from losing its president, Archbishop John McCloskey of New York recommended Br. Patrick meet with President Abraham Lincoln in Washington, D.C., and bring a letter from the Archbishop stating reasons for exemption.

Br. Patrick traveled to Washington, D.C., with Brother Tobias of Jesus (Wall) (1829-1919), FSC, a leader among Christian Brothers who held successive directorships of three Lasallian schools in Maryland during the Civil War years. During the visit, Lincoln relieved Br. Patrick from the draft.

At the meeting, standing at 6 feet 4 inches, Lincoln allegedly remarked on Br. Tobias’ height. He asked to see who was taller and requested they stand back to back. Barely 5 feet 3 inches himself, Br. Patrick climbed on a chair to measure who was taller, and presumably, he ruled in favor of Lincoln.

Sadly, Br. Patrick’s and Br. Tobias’ encounter with Lincoln also came a few weeks before he was assassinated on April 14, 1865.

More than a month later, the Civil War officially ended.