Mommy, MS and Me, a new children’s book written by religious studies major Stephanie Garcia ’15, is designed to create a dialog. 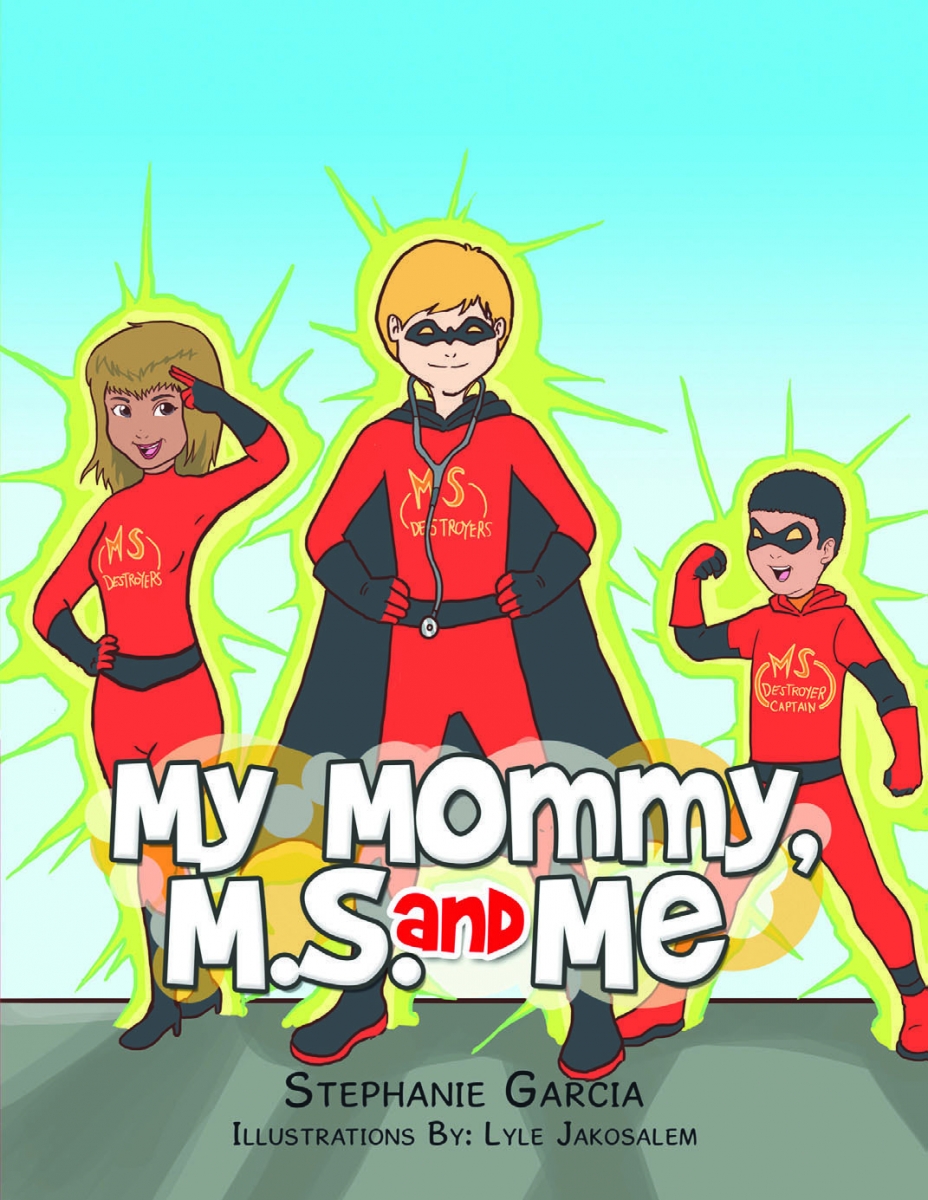 In 2005, instead of basking in the glow of her first child’s birth, Stephanie Garcia ’15 was suffering from a debilitating migraine. Hospital grade medication wouldn’t work. The results of a CAT scan put her chronic and seemingly disparate symptoms into context: she had multiple sclerosis (MS).

MS is an unpredictable, often disabling disease of the central nervous system that disrupts the flow of information within the brain, and between the brain and body. It affects everyone differently. Symptoms can range from fatigue, pain and depression to headaches, hearing loss and seizures.

As Garcia’s two sons grew older (they are now 6 and 9 years old) they began to ask questions. She quickly realized that explaining the disease to anyone — particularly to children — was a difficult task. She found that existing educational materials didn’t clearly communicate the wide scope of symptoms and their causes.

Based on her experiences educating her own children, Garcia wrote My Mommy, MS and Me. She says she never intended to write the book, but rather the book wrote itself.

“I started hearing the beginning of the story: ‘Hi. My name is Junior and that’s my mom,’ over and over again in my head,” she says.

She gave into the impulse. Writing energetically in class, she couldn’t stop. Garcia wrote the book in a day.

The resulting 66-page, fully illustrated book is designed to create a dialog about how a parent, family member or friend with MS is specifically affected by the disease. It is full of examples of cognitive and physical symptoms cleverly written to engage children’s imaginations. A portion of the proceeds from book sales goes to the National Multiple Sclerosis Society (NMSS).

Although her symptoms have been relatively manageable, every day is an ongoing battle and every aspect of Garcia’s life has changed since her diagnosis.

Formerly a unit training manager in the U.S. Air Force, her diagnosis resulted in medical discharge. Newly unemployed and caring for her first newborn child, the shock of her new reality set her on a downward spiral toward depression and weight gain. After giving birth to her second son, she was given a grim prognosis from her doctor.

“[My condition] was so bad that I was about to get a scooter because I couldn’t even walk two blocks without my whole body hurting,” she says. “My doctors advised me that if I got a scooter, I might never become mobile [again].”

It was that moment when she decided to take charge of her life so she could be a better mother. She lost 60 pounds, she enrolled at Manhattan College because she was determined to earn her bachelor’s degree and become a better writer while setting an example for her children.

Garcia says that Manhattan has opened many doors for her. She discovered Florence, Italy, during the spring 2013 semester of study abroad — a lifelong dream— as well as her talent for motivational and children’s writing. With her newfound voice, Garcia has become an active member in the New York City chapter of the NMSS, and she is currently writing two full-length books: 10 Steps to Overcome MS and A Guide to Parenting For Individuals with Disabilities (both working titles).

“Most self-help books help you overcome something and take you into a new place that you want to be,” she says. “But for people like me who are suffering with MS, it’s all about management — it’s an ongoing battle. I want to help give people the tools they need to manage these symptoms and their resulting issues over a lifetime.”

My Mommy, MS and Me is now available in paperback and Kindle at Amazon.com, Barnes & Nobles and will also be available soon on her motivational blog, www.creativeminds4life.com.