Murray Baumgarten, Ph.D., will deliver a talk entitled The Letters Propelled Me: Resisting Kristallnacht Then and Now.

On Nov. 5 at 7 p.m., Manhattan College’s Holocaust, Genocide and Interfaith Education (HGI) Center welcomes Murray Baumgarten, Ph.D., to present the seventh annual Frederick M. Schweitzer Lecture. Baumgarten’s talk, The Letters Propelled Me: Resisting Kristallnacht Then and Now, will focus on the effect of the violence against German and Austrian Jewish people that took place on November 9-10, 1938. 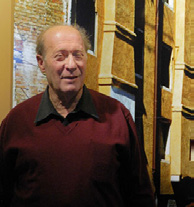 Baumgarten is the distinguished professor of English and comparative literature, co-director of Jewish studies, and founding director of The Dickens Project at the University of California, Santa Cruz.

His books include City Scriptures: Modern Jewish Writing, and Understanding Philip Roth with Barbara Gottfried. He has edited The Jewish Street: Modern Urban Jewish Writing with Lee Jaffe, and Homes and Homelessness in the Victorian Imagination with H. M. Daleski. Baumgarten has also written many essays on Holocaust literature, Victorian culture and modern Jewish writing. From 1994-2006, he edited Judaism: A Quarterly Journal of Jewish Life and Thought for the American Jewish Congress.

A founding member of the Venice Center for International Jewish Studies, Baumgarten’s recent research focuses on the history of the Venice Jewish Ghetto, in preparation for its 500th anniversary in 2016.

The event will be held on Wednesday, Nov. 5 at 7 p.m. in Smith Auditorium on the Manhattan College campus. All are invited to attend and refreshments will be served.

Founded in 1996, the HGI Center is committed to understanding and respecting differences and similarities between people of all religions, races, ethnicities and nationalities. For more information about the HGI Center’s events, please contact Mehnaz Afridi, director of the HGI Center, at (718) 862-7284 or mehnaz.afridi@manhattan.edu.