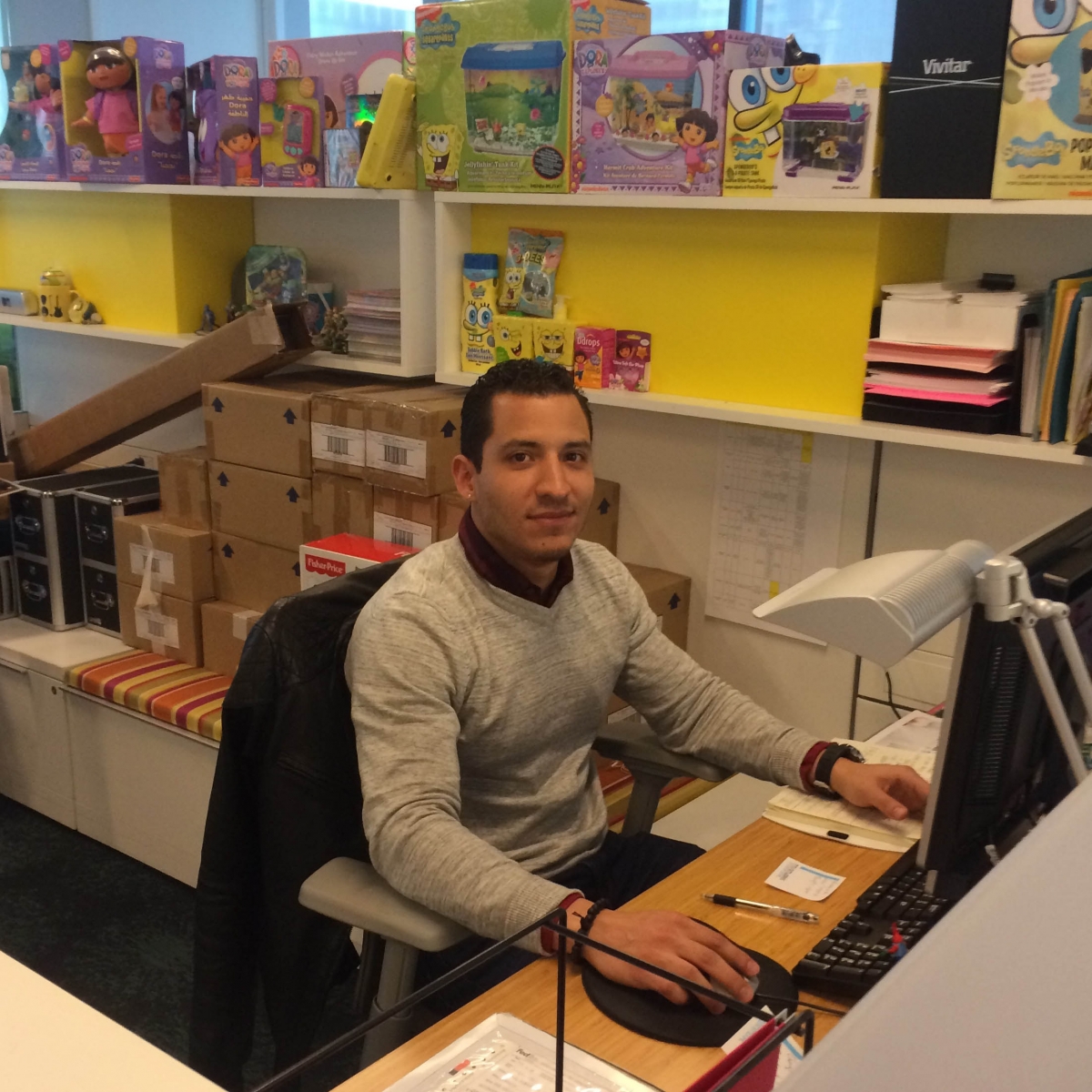 At 17 years old, Jorge L. Valle Sanchez ’14 joined the U.S. Navy, in the hopes of becoming a pilot, but a bachelor’s degree was required to attend officers training. Working more than 12 hours a day as an aviation mechanic in San Diego, he realized it was impossible to attend school while being enlisted.

New York City was among the few U.S. cities that he had never visited. When he found Manhattan College, it was the perfect blend of small community and big city, and he was able to attend through the Post 9-11 GI Bill.

Since enrolling in 2010, the marketing and global business major has amassed as much practical experience as possible, completing four internships in four years. And although he originally planned to reenlist, he discovered even bigger plans for the future.

Currently an intern with Viacom’s international consumer products licensing department, he assists with licensing the company’s cartoon characters to domestic and foreign companies selling their products abroad, from Dora the Explorer to SpongeBob.

“Viacom is great step for me,” he says, noting that he’s found a lot of support and encouragement with the company, and he hopes it may lead to a position.

Prior to interning with Viacom, he served as a marketing and sales assistant with Catchlight LLC, a company that focuses in photo editing for brands like Sephora, MTV, Got Milk?, and Givenchy.

“Dr. Predmore is always available for any questions, and has helped me a lot when looking for internships, and I will be forever grateful for that,” he says. “If she didn’t know an answer to something, she would refer me to people in her network to guide me to my best career path.”

Although he’s had assistance from Predmore as well as the Office of Career Pathways, Sanchez has worked hard to build a well-rounded resume that speaks to his ease working and communicating with foreign-based companies and constituents.

During the summer of 2012, he returned to his native San Juan, Puerto Rico, to work as a public relations intern at Neo Communications, and during his 2013 spring semester abroad, he served as an international marketing and advertising consultant for Immaginae Firenze in Italy, while he learned the Italian language.

As he prepares to graduate, he is currently applying for full time positions in Los Angeles with Viacom, Warner Music Group, Universal and Sony Music.

“I’m also considering continuing my education by attending the University of California Los Angeles’s entertainment law program,” he says. “I can definitely see myself in the entertainment industry.”